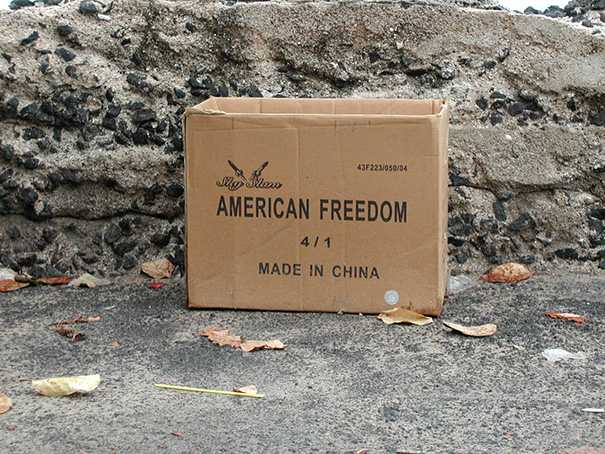 Irony is one of comedy’s greatest tools. By outwardly signifying the opposite of an intended message, irony allows us to telegraph layers of nuanced meaning, to embrace paradox and incongruity and expand the palette of comedy to an infinite range of multi-attitudinal possibilities. It allows comedians to smuggle deep truths under the radar of our critical faculties in ways that make us laugh and affirm our endless capacity for novelty and analogy.

But irony has its problems. First off, it’s context-dependent, requiring its audience to possess a deeper knowledge of the topic than mere face value—an expectation of awareness that’s no longer a given in 2017 America. Secondly, fascists are using it to openly foment a race war.

The first problem is best summed up this way: Irony doesn’t work on those who possess no sense of it. Just as you can’t shame the shameless, you can’t use irony on those who are incapable of detecting multiple levels of meaning. The perfect current example of this concept (besides the entire Trump Administration) is a statement spoken by Kayla Moore, wife of Alabama mall stalker Roy Moore, who responded to accusations of anti-Semitism by saying, “Well, one of our attorneys is a Jew!”

This utterance contained such mindblowing, multi-tiered levels of obliviousness it practically disrupted the space-time continuum. It’s the Kabbalistic hypercube version of the classic tokenizing clarion-call of the crypto-bigot: “But I have Black friends!” It’s also a perfect example of how this national bumper crop of malignant rubes preempt comedians’ best lines of attack; it would be impossible to satirize Moore’s cluelessness with more contempt than she herself willingly portrays. An actual clip of her statement will always be more laughable and just downright awful than anything a roomful of comedy writers could come up with to lampoon it. Spoken with proud sincerity at a press conference, “One of our attorneys is a Jew!” is an indestructible nugget of irony immunity.

This brings us to the second problem with irony: Fascists have coopted it to propagate white supremacy. In the recently leaked style guide for neo-Nazi website The Daily Stormer, we are given a look at the actual strategies employed by a white supremacist media outlet to articulate its views and win adherents. In a chillingly glib manual that includes such directives as “Always Blame the Jews for Everything,” the section most applicable to this discussion, titled “Lulz,” explains how The Daily Stormer uses humor to sneak under the moral radar of the uninitiated observer:

We see here how the face of modern evil employs comedy, one of humanity’s most life-affirming gifts, in the service of genocidal propaganda. They do it in the same way the alt-right uses the banner of “free speech” to infiltrate and poison our fundamental institutions by turning our defining principles against us, otherwise known as the Paradox of Tolerance. Just as irony allows a comedian to slip a revolutionary observation beneath the critical radar of her audience, white supremacist jokesters hide their homicidal mania in plain sight dressed up as “edgelord lulz” in which they are the putatively harmless butt of their own jokes.

Seen in this light, we now must ask the question: Was Kayla’s invocation of the “Jewish lawyer stereotype” a genuine expression of ignorance or a dogwhistle to anti-Semitic comrades? To what degree does this American fascist movement rely on their common perception as absurd buffoons in order to leave us sputtering at their idiocy while they systematically reduce our foundations to rubble? Who has the last laugh?

Irony allows us to probe cultural targets for weak spots, to hone in on inconsistencies and peccadilloes in order to flip them and reveal bigger truths. It’s the province of detachment, mutual knowingness and subtle distinctions. But the new villains are these crude throwback caricatures with no self-awareness and the battles they’ve initiated are as Manichean as they come. In an all-out war for survival, anything less than clear-eyed sincerity belittles the enormity of the conflict. Now that irony has been coopted by fascists, it looks like a luxury we can do without.

Irony is meaningless to those who can’t perceive it; satire is pointless when it’s outpaced by reality. Within the layers of subversion that comedy creates are plenty of places for bad actors to hide. Considering comedy’s grotesque history of racism, homophobia, misogyny, etc., it can hardly be considered a benign medium. But it can also be a source of empowerment for marginalized people who assume its mantle, going all the way back to the post-Holocaust Jews who invented standup. Comedy is a vessel for the worst human impulses and the noblest forms of resistance. Appreciate the irony, if you can.