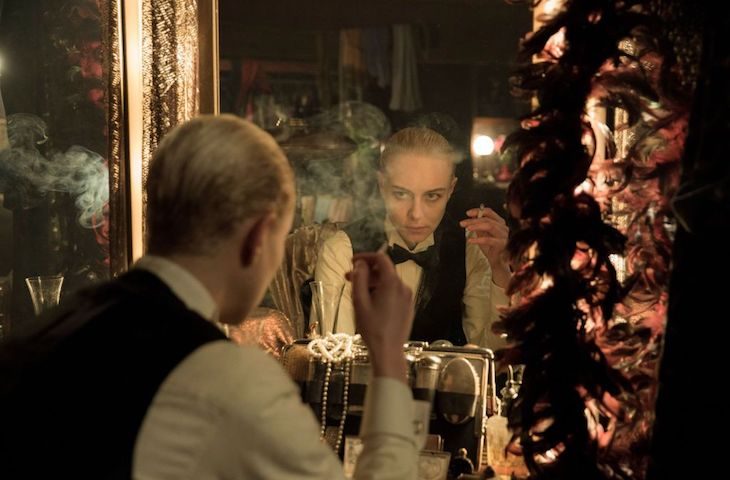 Comparing the modern American conservative movement to the rise of Nazism used to be a leftist parlor game. Lately it’s become a solemn civic duty. During the Bush era we noted in despair that the U.S. military’s “shock and awe” doctrine was essentially a Yankee rebranding of the Nazi blitzkrieg, and that the “homeland” in the newly formed Department of Homeland Security bore a troubling echo of the Nazis’ fondness for the same term (“heimat”). Back in the quaint early Aughts we kept a sharp eye out for such disturbing similarities. Now you don’t even have to go looking; it’s a daily, even hourly, exercise. To truly absorb every parallel you’d have to be an obsessive masochist with lots of free time, like those people who keep baseball box scores for fun. In the time it took me to write this column the Trump administration did five more Nazi things.

Hyperbole is now virtually impossible and there’s so little we can do about it—other than say a prayer for Mueller—that we’ve become connoisseurs of fascism. We discern the parallels like a sommelier, sloshing around the latest Trump scheme and teasing out the bouquet of its world-historical terroir.

Into this tyranny-drenched bumper crop, enter the German series Babylon Berlin. Currently streaming on Netflix, it’s a crime drama focused on the vice-ridden underbelly of the Reich’s capitol during the Weimar Republic years between world wars. If, like many, you’ve reached Historical Parallel Fatigue, take heart: The series transports you to unexpected quarters in lavish, lurid fashion, none of which feel remotely didactic. With its $40 million budget, Babylon is the most expensive German series ever produced, and it justifies this cost by dispensing with moral instruction and aiming for the highest aspirations of prestige television: flawed heroes, moral ambiguity, elusive truths, Pyrrhic victories. Babylon is more gripping yarn than cautionary tale, more vivisection than parable. It’s novelistic in its portrayal of the rot invading German society at all levels, from wealthy industrialist socialites to street-fighting communists to junkie veterans of the Great War nodding off in squalid garrets. Think of it as The Wire with wiener schnitzel.

In summary [spoilers follow] the plot follows the work of an out-of-town vice investigator, Gereon Rath, who’s been sent to the big city to hunt down the only existing copy of an S&M blackmail film depicting a political bigwig getting slapped around by a pair of dominatrices. Along the way Gereon joins forces with Charlotte Ritter, a secretary and part-time sex worker who embodies the libertine spirit of hard-partying after-hours Berlin. The two wind up uncovering a right wing nationalist conspiracy to rebuild the defeated German army in defiance of the Treaty of Versailles, oust President Hindenburg and restore the monarchy. The intrigue stretches from beat cops on the Berlin vice squad all the way up to the highest echelons of the German military. Oh, and there’s also an intercepted train full of smuggled gold that’s being pursued by Armenian gangsters, Trotskyist revolutionaries and an expat Russian heiress.

The whole series is relentlessly paced and deft in its deployment of subplot to draw a detailed schematic of systemic corruption. It’s so artfully done one almost hates to indulge in making the obvious historical comparisons between then and now. But it’s impossible not to.

In their investigations Gereon and Charlotte bump up against the hard contours of a conspiracy that eventually gave rise to Hitler: the unholy merging of capitalists, nationalists and the military. It’s a conspiracy that persists, one so vast and ancient that the florid liberalism of the Weimar years registers as a mere eye-blink. Of course, this conspiracy’s latest incarnation is the Trump Administration—no hyperbole.

I couldn’t resist playing scorekeeper and awarding points to Weimar Berlin based on developments happening in America in real time as I watched the series. For example, Charlotte moonlights as a sex worker catering to kinky tastes in an after-hours club, a profession that’s normalized and regulated and which she treats as a fun, much-needed side hustle. Meanwhile here in Trump’s America the Senate passed the Fight Online Sex Trafficking Act (FOSTA) and the Stop Enabling Sex Traffickers Act (SESTA), laws that immediately sent the online sex work community off the internet and back into the shadows.

Likewise, the queer people of 1929 Berlin were a celebrated fixture of the city’s nightlife, with hundreds of venues catering to all orientations, including clubs specifically for genderqueer folx and those who love them. Meanwhile, Trump has taken another stab at his trans military ban and barred the CDC from using the words “transgender and diversity.”

In Babylon, the police fire indiscriminately into a crowd of communist May Day marchers, killing two women watching the scene unfold from the assumed safety of their balcony. In Sacramento, police killed Stephon Clark in his own backyard. In both instances the cover-up is swift, systemic and final—but only the Berlin PD even bothers to make a perfunctory effort at challenging the victims’ story.

I could continue listing ways in which current conditions actually seem worse than the run-up to last century’s marquee cautionary tale, but that would only belabor the point, which is this: Neoliberal Western democracies are just as fucked up and fatally compromised as they were 89 years ago. The conspiracy that plunged the world to the brink of total destruction is just as entrenched now as it was then—if anything, it’s learned a few new tricks. There was no Facebook pumping out global disinformation in the Weimar era.

Maybe this conspiracy is too huge to ever surmount. At the end of the series the protagonists endure but the villains remain in place to plot again, newly accessorized with swastika armbands. Gereon and Charlotte have forestalled a coup d’etat only to prefigure an even greater evil. Watching Babylon Berlin at the possible end of our own Weimar-like era is small consolation for the coming calamity. Defiant remnants of the defeated culture could survive to tell their tale. Perhaps that’s the best we can expect of good historical art in a world freighted with so many blatant parallels: It must bear witness so we can continue keeping score.