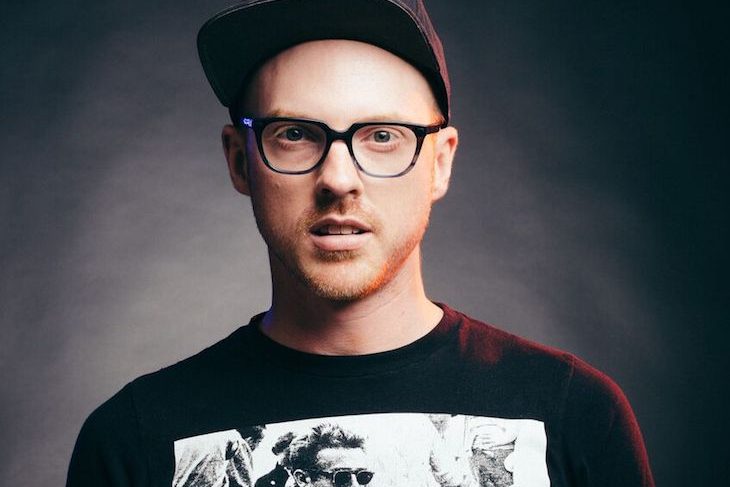 After five years of producing primarily brand-new plays, Forward Flux is calling it a day. Flux, led by founder and artistic director Wesley Frugé, has always been more than just a theater company, producing scads of creative events from salon-style readings to silent discos to a 21-day, cross-disciplinary artist residency called collaborate:create. Flux has also always put its money where its mouth is in terms of elevating new talent. Their fully produced plays have included Benjamin Benne’s las mariposas Y los Muertos, Chisa Hutchinson’s The Wedding Gift and Claire Kiechel’s Pilgrims. Lindsay Joelle’s A Small History of Amal, Age 7 which ran at West of Lenin in September as a co-presentation with Pratidhwani, will be the company’s last show for the foreseeable future. We sat down with Frugé to talk about the uphill battle of producing theater in 2018 Seattle, as well as the company’s past, present and possible future.

Forward Flux has been such a passionate endeavor for you. How did you reach the decision to take a break now?
So, where I am is, Forward Flux is not doing any productions next year. Maybe not again ever. I’ve been fortunate to have a lot of incredible people around me who have volunteered their time to work on and grow this company—grateful doesn’t even begin to express it. But I’ve been working unbelievably hard and the vast majority of my work is completely unpaid, and I just can’t work for free forever. That’s a reality facing so many artists, especially in this city where we’re really feeling a crunch in the arts that is being completely unaddressed by the city. I’m scared for the arts, to be honest.

I’m so proud of how much time and energy and money I was able to funnel back to the artists in Seattle. I’ve provided over 500 paid opportunities for artists, but a lot of it was done on personal sacrifice. When I started this company, I said I’m going to give it five years, and at the end of five years I need a salary. And this June I was like, if I put in 100 hours a week, I will have a salary. I have amazing donors around me, I have an incredible community, we’ve done outstanding work. But I just can’t put in the 80 to 100 hours a week anymore. I can’t. Or I can, but I shouldn’t. That was a deciding factor.

The other side of it is that times have changed radically in two key ways. When Forward Flux started some of the conversations that every company is now having, about representation and equity, few companies were having at the time. I think that we were part of changing that conversation in town, and I’m really proud of that. Now that those conversations are being had, it doesn’t feel as vital for us anymore. For a while we were in this really niche space, and now we’re seeing that consciousness expanded into the mainstream, and that’s really exciting. That’s what small companies like Forward Flux are designed to do.

It does feel like, to frame it in political terms, those small companies did pull the bigger companies in town to the left, in terms of fresher, more progressive programming and investment in new work.
And in taking risks. I’ve always said, if we don’t take them, who will? It’s exciting to see the companies in town that are stepping up at all levels and that’s part of a legacy that a small company can have in this ecosphere.

What makes you afraid for the arts in the city right now?
Money. And I have an immense amount of fundraising experience; I don’t think many companies have someone like me, especially at the level at which we’re operating. I ran this company saying every year the artists need a raise. Every year. Now, if it’s a 10-percent raise, that’s just moving from a $500 to a $550 stipend, but that’s still a 10-percent raise we’re giving our actors, our designers, everyone. For us to be operating only five years in town and to be one of the top paying companies at our size is incredible. But how do you grow?

Space costs in Seattle are going up across the board. That’s trickling down to artists at all levels. It’s affecting companies but it’s also affecting the artists who are employed by those companies, and the artists doubly by their personal rent. When your space cost is taking up 40 percent of your budget, that’s money that’s not going to the artists, that’s money that you’re having to raise your ticket prices to fill or you have to fundraise, and if you don’t have that fundraising model or the expertise to sit down and make the ask, then that means you’re not going to pay your people. Or you’re going to give them $200. Or you don’t pay the artistic director. It’s crippling small companies.

It’s shitty to say that we’re valuing our spaces more than our people. And that’s what scares me, that our city isn’t stepping up to say, that’s not true, we value our people. There is a vibrant culture in this town and people are working to make it work, but where’s the bridge from small to large, from a $100,000 annual operating budget to $200,000 or more? If I did this for five more years, I believe Forward Flux could make that jump. I do. But I don’t have five more years. The expectation is that I put in 10 years for free? That’s unrealistic. And there’s nothing in this city that supports that jump. There are no real innovative, creative funders out there who are willing to take risks, and the agencies in our city that fund the arts do so at such a nominal level that it’s really laughable. And you can print that!

I will! This keeps coming up in conversation recently, that funders seem to want to keep art in Seattle without really thinking about keeping artists in Seattle.
It’s such bullshit, and it’s on the backs of the artists. I understand that [funders] have to be cautious and can’t throw money around, but again there’s that attitude of like, talk to me in five years when you’ve been working around the clock, not getting paid, doing all this stuff so that then I can decide that you’re worthy of an extra $5,000, which still won’t make a difference. What we know about new work—and Forward Flux only makes new work; every play that we’ve presented in town has been written by a woman or a person of color—is that even the largest companies in our country don’t do it because it’s so risky. That risk is even greater for a small company, where if you have one play that doesn’t hit with audiences, it can destabilize you to the point of no return.

Thinking back over your Seattle tenure, is there anything that you’d do differently, given where the city has gone?
I’m generally a regret-free person. In my time with Forward Flux, I’ve produced over 50 events at 40 different venues in Seattle, and those have included our live productions and our salon readings and also our parties. But I will tell you where I’m kind of shifting right now is, the times have changed so radically. This year, I’ve realized my focus needs to be on providing safe spaces for LGBTQ people. Where am I most needed? Our parties have coalesced under the BeautyBoiz brand, which is going to continue on, which I’m excited about. And BeautyBoiz is a project of Forward Flux so the model is the same: We pay our people, we employ underrepresented artists, we bring people together and we’re really focused on community. I’m going to expand my involvement with that and we’re going to expand our programming. Besides that, I have no idea what I’ll be doing. I really don’t.

How do you feel about that?
It’s a little bit scary and also exciting. I am, as I think so many queer people are… you have to be a chameleon, you have to be that phoenix that can go through something and then be like, alright, next chapter. I’m excited for that next chapter, even though I have no idea what it is yet. Is theater the place that needs me the most right now? I definitely think investing in the queer community is something I’m going to do even more; it feels vital now, as more and more attacks are opened by the current administration. I’ve always been politically active. I’m certainly going to be more so.

One of the reasons we were as successful as we were is that we listened to what the community needed and provided that. What I haven’t been able to do, which I’d hoped I would, would be to answer the question: Is it possible to create an institution for us, for my generation? For our generation that’s trying to do things differently, that’s trying to be socially responsible, or just trying to do work that’s important to us? I’m not gonna say that answer is no, but I will say it’s inconclusive, which makes me kind of sad. There are just so many roadblocks in place to keep young companies from flourishing,