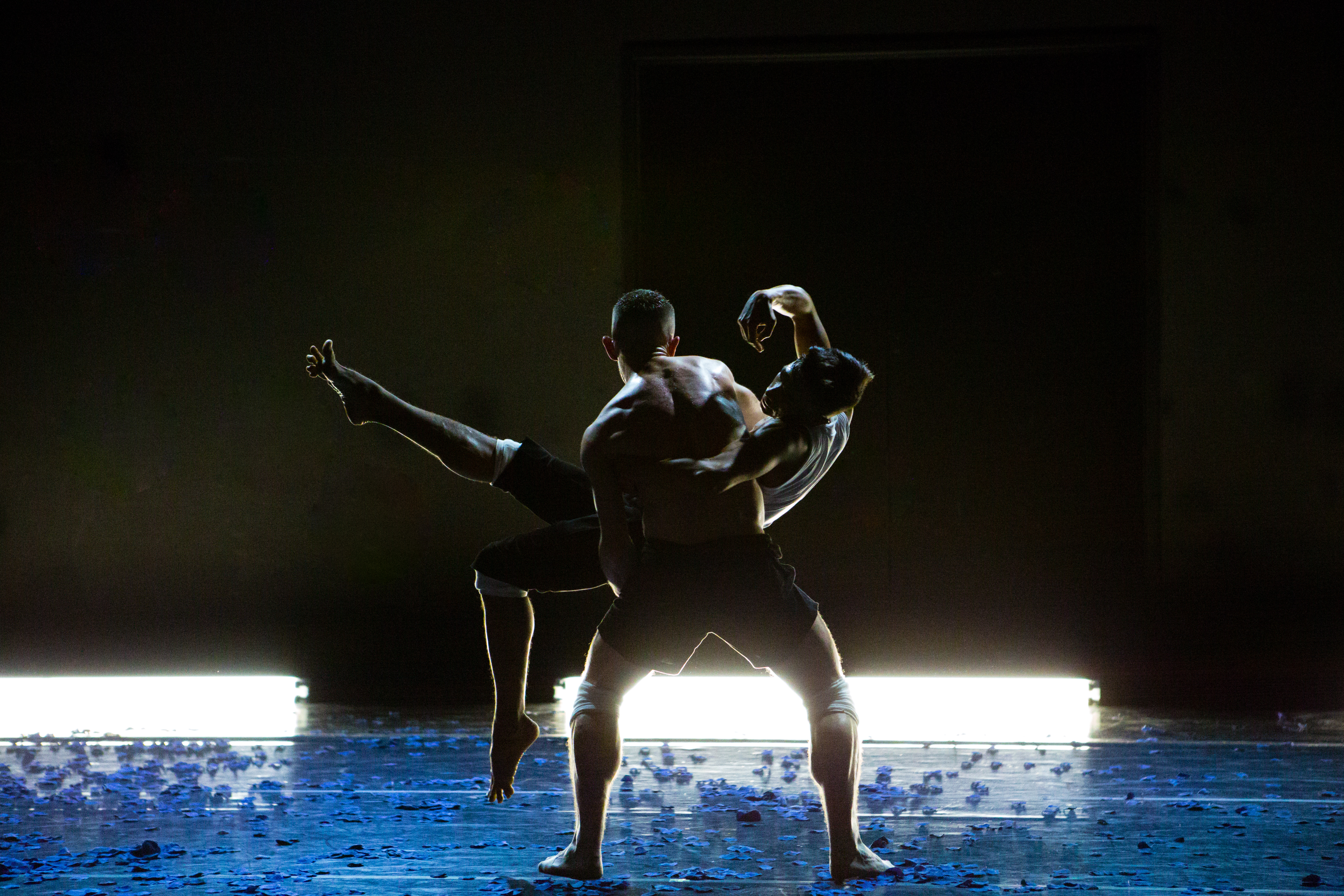 There’s a powerful moment in choreographer Lauren Edson’s new work “From Under the Cork Tree” when one dancer breaks away from the pack and adopts his own rhythm, an individual expression of motion. Choosing a different path can be risky, but the payoff is beautiful individuality, as Whim W’Him artistic director Olivier Wevers well knows.

The company kicked off its seventh season with a reprisal of Choreographic Shindig, a program for which the company’s dancers choose three choreographers from a pool of nearly 100 applicants to create new works—a bold deference of authority that demonstrates the trust between Wevers and his dancers. In addition to three world-premiere works, the show saw another round of firsts, with the debut of two new Whim W’Him dancers: Liane Aung (formerly a freelance dancer with Yin Yue Dance Company and Erica Essner Performance Co-op) and Karl Watson (Luna Negra Dance Theater, founding member of Visceral Dance Chicago).

Opening the Shindig is “SARO” by Dresden-based choreographer Joseph Hernandez. It begins with a therapy session. Jim Kent sits across from Tory Peil, asking her questions about her feelings and awareness, a recording device clutched in his hands. This interlude develops themes of authority and the search for self, but the piece doesn’t really pick up until the dancers begin to dance. Hernandez’s choreography is swift and strong. In a riveting duet between Patrick Kilbane and Justin Reiter, each of the dancers’ limbs seems supercharged. Reiter carves out his own space on the stage, his presence focused and commanding, like he’s consumed with dance in a raw, emotional way. Reiter’s growth from last season is already evident—he’s one to watch.

“Swan Song,” by Jonathan Campbell and Austin Diaz of New York’s MADBOOTS Dance, pokes fun at a symbol of traditional balletic grace and perfection: the white swan. The work is shot through with winks at Swan Lake—crossed wrists, fluttering arms, arms circled above head—and features an impressive series of entrechats by Watson. Intense lighting design (Michael Mazzola) creates dramatic silhouettes and shadows, obscuring the line between observation and interpretation.

The first half of “Cork Tree” is the show’s standout—a gorgeously synchronized segment that has dancers executing almost-robotic motions that completely depend on the group moving together—it’s an impressive feat. According to the program the piece was inspired by the 1936 children’s book The Story of Ferdinand, in which a young bull refuses to be like the other bulls and fight; he’d rather lay in the field and smell the flowers. When Kilbane peels off into his own solo, his movement triggers a change in the trajectory of the piece. A dumbfounding game of Simon Says follows and when the dancing returns, it’s looser and more carefree.