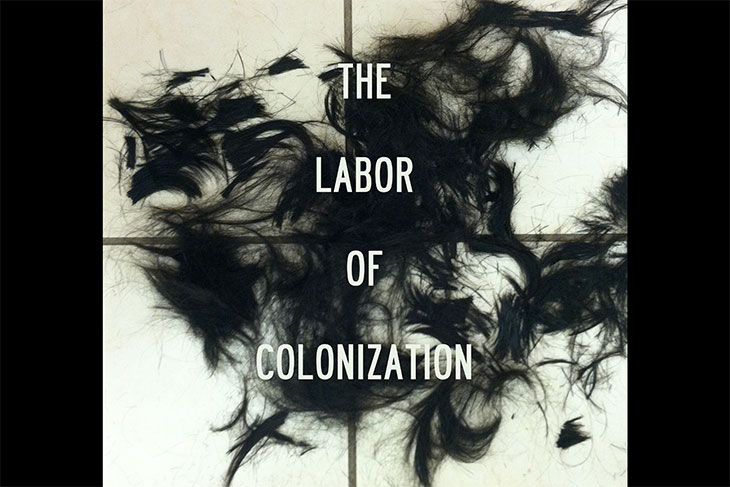 What does it mean to be Mexican American? Priscilla Dobler, born in Merida, Mexico, and raised in a single-family home in Tacoma, unearths layers of identity through questioning how architectural spaces interact with gender and cultural roles. For this show, she recreates her childhood living room, which functioned as a makeshift inn for Mexican family members arriving in America. Honoring her lineage of weavers, Dobler constructs the walls out of thread, on which she’ll project videos of interviews with Tacoma residents as well as telenovelas and pop videos.

“Joy is the new black” reads the title of a riveting black-and-white portrait by Jessica Rycheal, the smile of the photo’s subject loose and carefree like the summer day the scene evokes. It’s just one of the many shapes and configurations of Black identities that local artists Rycheal and Zorn B. Taylor spotlight in this exhibition, curated by C. Davida Ingram and Leilani Lewis. From elders to organizers and chosen family, Rycheal and Taylor’s bond-forging photography honors the lives of everyday Black folks.

All Power: Visual Legacies of the Black Panther Party

This year marks the 50th anniversary of the founding of Seattle’s Black Panther chapter, the first chapter formed outside of Oakland, Calif. This show celebrates the Party’s legacy through the lens of the Black artists it influenced, including Maikoiyo Alley-Barnes, Ayana V. Jackson and Carrie Mae Weems. The exhibit based on the book co-edited by scholar Negarra A. Kudumu and Photographic Center Northwest director Michelle Dunn Marsh, offers a chance to see its striking photography in person and attend a discussion series about the movement’s aesthetic legacies at the Frye Art Museum.

As a queer artist born to the Diné (Navajo People), Portland-based Demian DinéYazhi´ recognizes the importance of decolonizing the “art school industrial complex.” Their trans-disciplinary artwork of activism, zine production and education is instrumental to their purpose, and I can’t wait to see how this tension plays out at the Henry, where DinéYazhi´, whose practice is rooted in radical indigenous queer feminist politics, will hold the exploitation and survival of Native people and resources to the light with an image- and text-based installation using slide projectors.

When Jono Vaughan accepted the Betty Bowen Award at the Seattle Art Museum, she opted not to speak about her own work, as is custom. Instead, she invited three local artists with Native heritage to memorialize Fred Martinez, Jr., a trans-identified Navajo teen who was murdered in Cortez, Colo., in 2001. With Project 42, Vaughan commemorates the lives of 42 murdered trans people through colorful fabric garments. Every cheerful pattern is based on a screenshot of a Google Earth location of a murder, which Vaughan manipulates into an abstract pattern.

Envious of the goldfish, able to escape life’s complications in its bowl of water? Artists Nicolas Sassoon and Rick Silva make such tranquility possible with a floor-to-ceiling panoramic projection of digitally rendered water, plus a sculpture refracting the projection’s light through an aquarium. You might need more than the goldfish’s attention span to take it all in. By inserting computer graphics into images of natural landscapes, the artists explore the dissonance between natural, virtual and perceived realities, asking, “What will these landscapes look like in 100, 1,000, 10,000 years?”