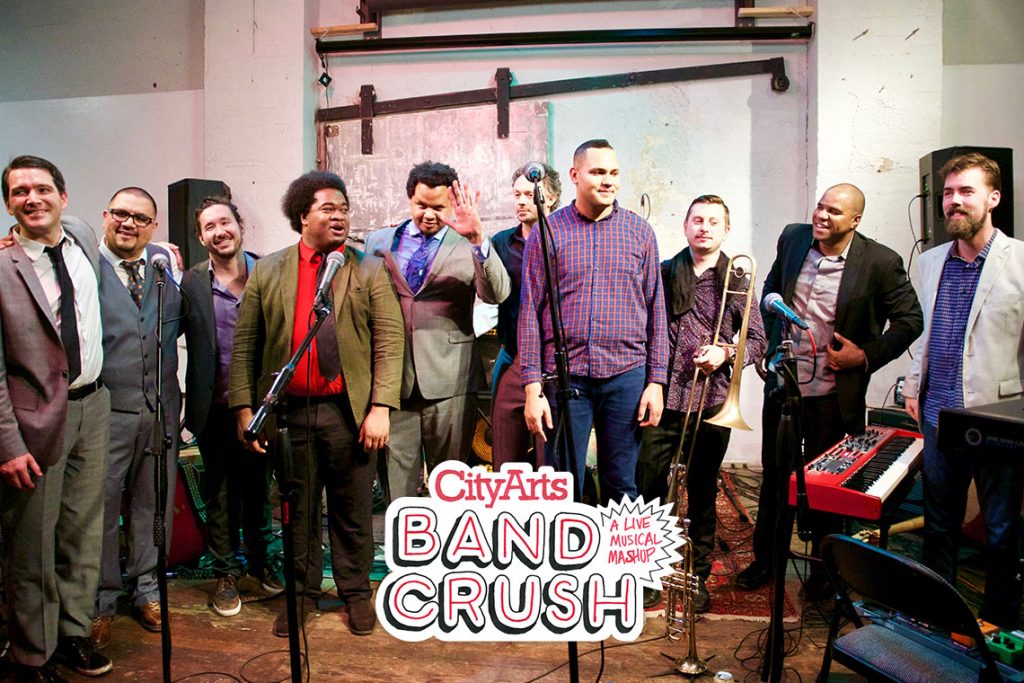 On December 3, 2016, City Arts brought together two phenomenal bands, Industrial Revelation and the True Loves, for a live musical mashup that we called Band Crush. It was an unforgettable, once-in-a-lifetime evening at the Piranha Shop—and we captured the magic in video and photos.

Industrial Revelation is a post-jazz quartet that plays some of the most thrilling, inventive music coming out of Seattle. With a deep knowledge of musical history and a long legacy of fiery performances, they make music that’s as progressive as it is emotionally compelling.

The True Loves is a true-school soul collective numbering eight strong. They combine a studious dedication to American soul music with prodigious musical ability, cranking out timeless tracks and performing dance floor-filling shows around the Northwest.

Both bands comprise lifelong working musicians, some of whom have known each other since their days in high school band class.