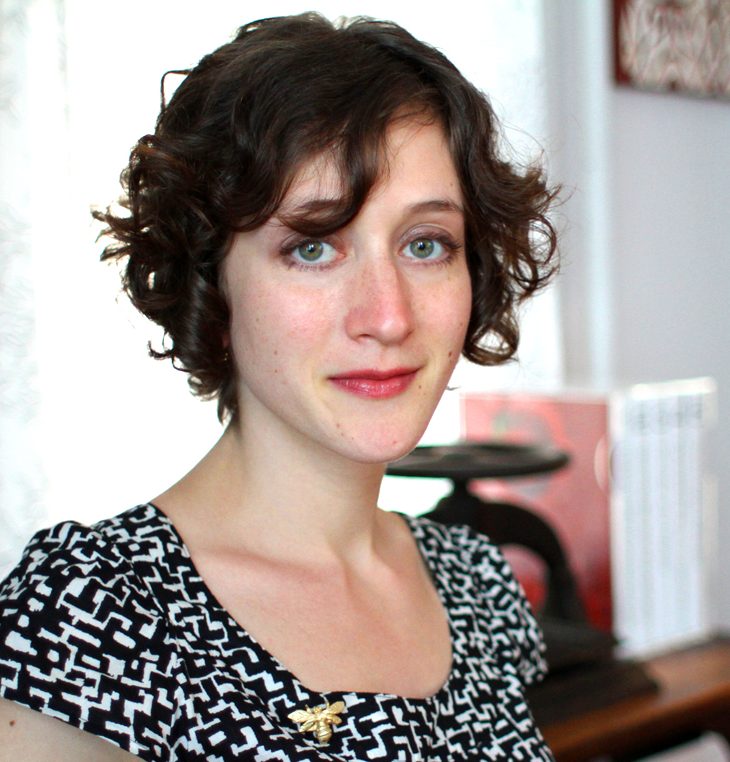 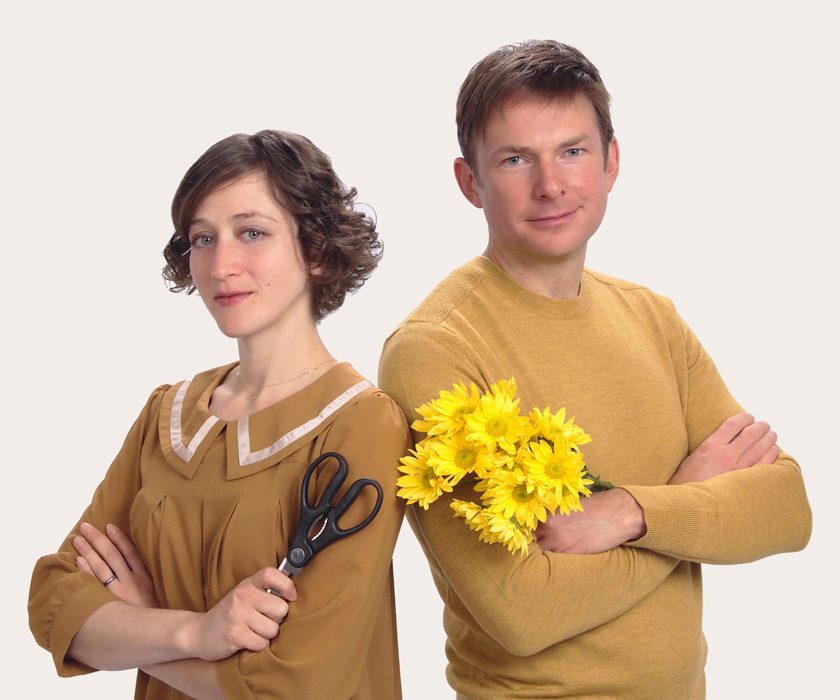 I meet poet Amaranth Borsuk at a Fremont café to discuss her recently published book As We Know, a collaborative project with writer Andy Fitch. But almost immediately, Borsuk introduces me to an even newer project which, befitting a writer drawn to the interplay between text and technology, comes with an app. Abra is a collaboration between Borsuk, Kate Durbin and Ian Hatcher that’s based around an iPad app that mutates language through an “ouroboros effect,” joining and erasing words as the reader, to borrow Borsuk’s verb, “pets” the screen. Her use of this term, plus a later reference to the app as a “text toy,” indicates the manner in which Borsuk’s writing projects approach both concept and audience. While some conceptual writing antagonizes language and listener, for Borsuk, the relationship is kinder, equal parts intimate and mischievous.

Borsuk explains that As We Know represents an attempt, in part, to refigure the historical relationship of male editors censoring the work of female authors. The foundational text of the project is the transcript of an audio journal that Fitch kept of his daily life and travels in New York and Berlin during the spring and early summer of 2007. Before altering this document, Borsuk asked Fitch to cross out parts of the text that he wouldn’t want used in the final project. Borsuk then, somewhat deviously, included this crossed-out text as part of the final book.

Part of Borsuk’s aim was to, in her words, “put [Fitch] on the spot—historically” in the manner that past editors had controlled female writers. In a way, the dispersal of text on the page and stray punctuation marks reclaim, to use one historical example, the signature (and singular) textual arrangements of Emily Dickinson’s fascicles that were later “corrected” and re-arranged, often thematically, by her later editors. For Fitch, as he later told me over the phone, this act of double-erasure (the first self-imposed, the second in Borsuk’s hands) brought about two experiences. First was the negotiation of the “fun tension of shame and exhibition” that comes with publishing private thoughts. The second was that shame became “all the more shameful” as the reader witnessed what Fitch himself wanted excised from the text.

As a result, As We Know contains three levels of writing: the original text, the redacted text and the erased versions of both. To proceed, the reader learns his or her own strategy. Do you skip the cross-outs? Do you read left-right? Up-down? Or do you read only the cross-outs, as Borsuk heard one reader report? Live performance brings another set of challenges. Reading for the Margin Shift reading series at Hedreen Gallery, the pair read in an alternating manner, with each blank space in the page indicating a shift in reader, the cross-outs indicated by an audible “shush!” from the other reader.

The shush, however playful, hints at push and pull of control that exists within an erasure project. Press photos for As We Know mirror this relationship, as the pair stands shoulder-to-shoulder before a bright white background, Shutterstock image-esque, with Borsuk wielding scissors and Fitch a bouquet of flowers, almost as if to say, “Be nice, please.” But as tidy as this narrative of control is, the pat roles of editor and edited, Fitch tells me that ultimately it’s a deception. Throughout the writing process, he and Borsuk were aware that the tradition of erasure has been essentially “one-directional,” and that more recently, it’s de rigueur for a more a canonical figure to be rewritten by a marginalized voice. Recognizing that Borsuk’s use of Fitch’s (white, male) journal mirrored this tradition, they discussed how to adapt the relationship further. They wanted to be mindful, as Fitch tells me, of “when the subversive gesture becomes a ready-made trope.”

Borsuk echoes this thought. Rather than hierarchical, she describes the process as “dialogic all the way through.” She found much shared experience in Fitch’s journal: the moments of traveling in a foreign country, the balance between responsibility and cluelessness that characterizes the graduate student experience. As another example, Borsuk and Fitch discuss whether or not the quotations from outside sources, including Fitch’s frequent references to the work of the art critic Rosalind Krauss, which make a large chunk of the journal, would be erased too. Ultimately, as Borsuk explains, nothing is off-limits, and as a final product, the erasure of source text mirrors some element of the way that any type of reading enters our consciousness and is adapted via personal understanding.

“whatever he writes
, it will always be a vested discourse, in which the body
will make its appearance (banality is discourse without body).
In other words, what he writes proceeds from a corrected banality.”

This idea of “correcting” the banal is central to As We Know. As Borsuk tells me, through erasure she hoped to put “the body back in the banal.” And this past fall, she put this re-bodying into practice: She walked the same streets in Berlin that Fitch had walked, she listened to the original audio of Fitch’s diary, and as she walked, she found herself making an additional layer of commentary, noting the details of the passing environment while hearing Fitch describe a historical detail. Borsuk isn’t sure what will come of this next element of the project, but the curiosity in her and Fitch’s inexhaustible layering infects my own view of the city as I leave the café, which I realize is an impressively, impossibly repurposed Herfy’s Burgers.