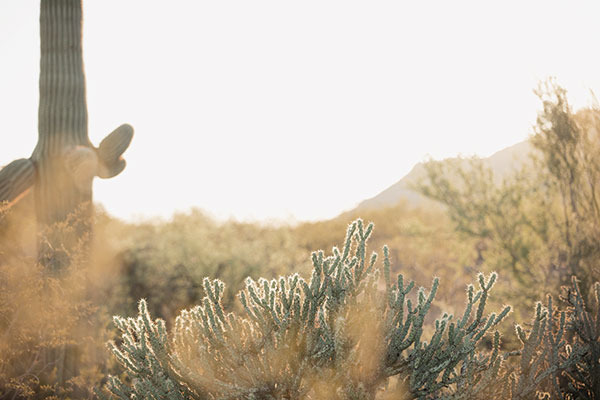 A gust of desert air blows into the Pacific Northwest this month as Emerald City Music premieres a new piece by John Luther Adams. Inspired by the space and solitude of his home in the Sonoran Desert, Adams’ “there is no one, not even the wind…” is an entrancing soundscape that evokes the stillness and light of the American Southwest.

The world premiere, co-commissioned with the Chamber Music Society of Lincoln Center and a handful of artistic partners along the West Coast, offers a bold kickoff for Emerald City Music’s second season. Just last year the group burst onto the Seattle music scene with a debut season of electrifying concert repertoire, extraordinary musicianship and uniquely immersive concert experiences.

“We have a big focus on the experience of classical music being different—being unconventional, lively and interactive,” says Emerald City Music executive director Andrew Goldstein, who co-founded the organization with violinist and artistic director Kristin Lee.

This year’s season features 40 musicians, some local and others brought in from around the United States. Each concert is presented in both Seattle and Olympia—with Seattle performances featuring an open bar and seating in the round—and each is specifically curated for Pacific Northwest audiences, making Adams an obvious pick for the season opener.

Though known around the world for his immersive, nature-inspired soundscapes, Adams has strong Seattle roots: His 2013 orchestral composition Become Ocean, commissioned and premiered by the Seattle Symphony, went on to win both a Pulitzer Prize and a Grammy. The composition is a 45-minute orchestral illustration of the ocean’s ebb and flow—and it flowed to the top of the classical music charts.

“In the Pacific Northwest, we are very aware of our surroundings and the environment,” Goldstein says. “I think part of the reason Adams’ music resonates so well is that same connection to nature, and the importance of preserving and understanding its beauty in different ways.”

“there is no one, not even the wind…” captures the vivid timbral palette of the desert through an unusual ensemble of two flutes, strings, piano and percussion (featuring glockenspiels, marimbas, vibraphones and a bass drum). Layering several different tempos at once, Adams plays with the perception of time in the desert, exploring the sonic space through widely dispersed instruments and overlapping textures.

The world premiere is framed by two other contemporary works on the program: Andrew Norman’s effervescent “Light Screens” and Steve Reich’s canonic, hypnotic “Nagoya Marimbas.” Also included is a violin and piano rendition of Leonard Bernstein’s iconic “America” from West Side Story, tying in with a larger overarching season theme celebrating Bernstein’s centennial. And for the more traditional classical music-lovers: a performance of Dvorák’s dazzling Piano Quartet in E-flat Major.