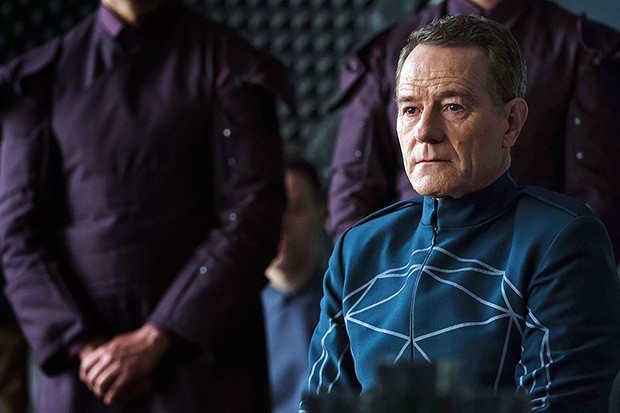 If you were to tell 18-year-old me that there would one day be a Philip K. Dick series available for streaming on my laptop via Amazon Prime, I’d need you to explain what half the words in that sentence meant. Once I grasped the Phildickian nature of the reality in which my future self lived, I’d be thrilled about the new show and possibly anxious about its instant accessibility.

I’ve been a hardcore PKD fan since high school, first drawn to the mind-expanding VALIS trilogy and working my way outward to the far reaches of his prolific catalog. Dick’s VALIS universe, which blurred the lines between biography and fiction, helped me grasp concepts that span centuries and world religions. The notion that a Vast Active Living Intelligence System plotted a break-in of our drab prison-planet reality was especially appealing to me as a bright child growing up in a boring Southern suburb with bad public schools. Dick encouraged me to seek out the “real” world underlying our consensual reality—a heady adventure for a shy, precocious teen. The use of psychedelics and the study of esoteric philosophies were a large part of my budding metaphysical detective work. Like Dick, I even experimented with megadoses of Vitamin C to boost neural firing and hopefully prompt an encounter with the phosphene-pink laser beam of sentient intelligence. (Results were inconclusive.)

The new Amazon series Philip K. Dick’s Electric Dreams fulfills my adolescent expectations, if not entirely my adult ones. By now the influence of Dick can be seen everywhere; he accurately envisioned many of the things we now consider commonplace: facial recognition, the internet, mobile digital micropayments, hi-tech police militarization. His stories have been the basis for dozens of movies and inspired dozens more. Dick was so prolific that a signature series seems like an inevitability. And though this could read like another recipe for Hollywood pissing away a legacy by trading on an established brand, Amazon has shown an aptitude for producing his work with the exceptional The Man in the High Castle.

It’s impossible to discuss Electric Dreams without acknowledging the other prominent dystopian sci-fi streaming series of the moment, Black Mirror. Set beside each other, they provide an instructive contrast. Black Mirror is bleak, meticulous and deterministic in its assessment our near-future prospects; Electric Dreams is loopy, earnest and ultimately bullish about the human spirit.

This contrast is perhaps best exemplified in the Electric Dreams episode “Impossible Planet,” in which a space-tour guide grapples with the moral quandary of ripping off an elderly, dying woman who just wants to see her home planet—Earth, long since destroyed—one last time. It features a very silly-looking android manservant, a threadbare galactic tourism company and an intergenerational romance that’s both unsettling and heartwarming. Its conclusions are a meditation on the humanity of the protagonist, not on capital-S Society as we’ve come to expect from the grim prognostications of Black Mirror. By comparison, the Black Mirror episodes about love (“San Junipero,” “Hang the DJ”) take place in synthesized virtual realities at a remove from the blood-and-guts real world. Electric Dreams is daft and scrappily human even when it’s trying not to be—the android alone would’ve been laughed out of a Black Mirror production meeting. Likewise the dorky “futuristic” costumes in “Human Is,” worn with a straight face by executive producer Bryan Cranston, or the shaggy cast of post apocalyptic commune characters in “Autofac.”

Electric Dreams has its goofy moments, but know that if Dick were involved in the production it’d be 10 times goofier—this is an author who once wrote an argument between a man and his pay-per-use apartment door. We’ve come to regard Dick as a mystical prophet of Tomorrowland, forgetting what he actually was in life: a struggling, messed-up, impoverished, lovelorn pulp writer who injected human foible into everything he wrote. His own character shows up clearly in Electric Dreams avatars like a hapless Steve Buscemi getting grifted by a replicant in the episode “Crazy Diamond.”

Black Mirror uses satire to reveal dystopian technological systems of control that seem downright probable from where we sit. Finishing an episode—“Nosedive,” for instance—and then checking Facebook on your phone feels eerily consistent with the world you just watched. Electric Dreams, on the other hand, recasts stories written by a man who died in 1982, and thus they possess no innate connection to the present—and just as importantly, no obligation to it. If Black Mirror is a sleek, next-gen iPhone, Electric Dreams is a scuffed-up Buck Rogers Space Communicator that miraculously still works. Both have the capacity to impart wonder.

But which is better? That award goes to Black Mirror, a series that delivers consistently unnerving jolts of familiarity with a razor sharp writing and chic production design.

But Electric Dreams would be the clear choice of teenage me, who wasn’t yet so bogged down in the quagmire of adult reality that he couldn’t appreciate a flight of fantasy even when it exceeded the bounds of credibility. With its off-the-roadmap expeditions and pulpy proclivities, Electric Dreams captures Dick’s cosmic goofiness, his playful pursuit of an idea no matter how nutty or half-baked. Not every sci-fi vehicle needs to be A Grand Statement on Where Humanity Is Headed. It can be enough just to tour the side roads of a brilliant mind that changed how we think about the future. Present-day me is more than willing to overlook a lot of preposterous costumes, clunky androids and clumsy dialogue to take that ride again.