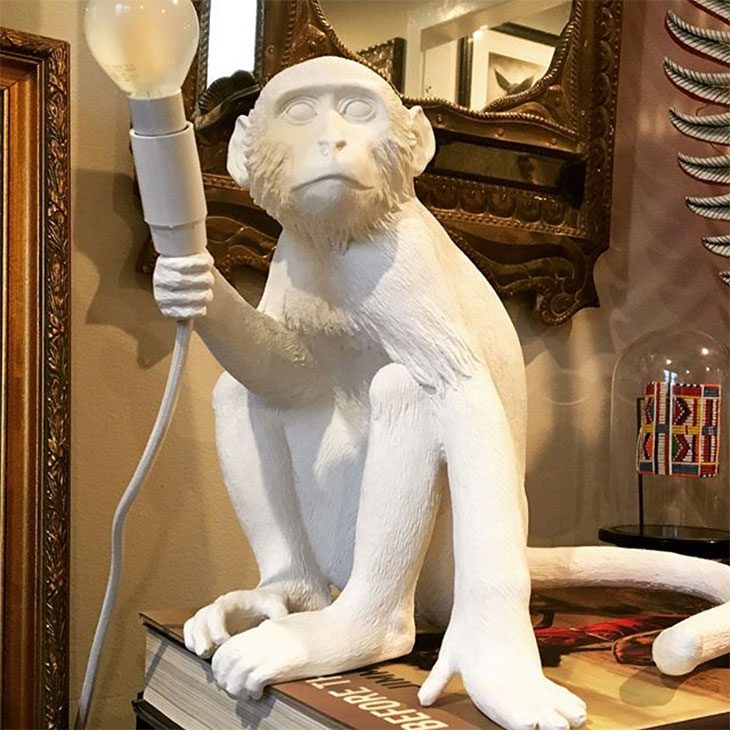 A Seletti lamp at Creatura House. Courtesy @creaturahouse on Instagram

“The art market has changed drastically, as evidenced by a zillion galleries closing,” Kirsten Anderson says as she surveys the ever-evolving strip of Capitol Hill’s Pike-Pine corridor. Among the manic drama, one thing has captured her attention: The home décor market is huge and growing.

Over the past two decades, Anderson carved out a popular niche for her Roq la Rue Gallery, first in Belltown and later in Pioneer Square. (Disclosure: Anderson represented my artwork.) Roq closed in 2016 and now the curator and entrepreneur, along with business partner Mark Long, is taking over a storefront on Pike Street—nestled between a sex-toy store and a sandwich shop—where she’s bringing her personal style to the décor world. Opening Dec. 15, Creatura House showcases Anderson’s curatorial sensibility and offers a gorgeous, unorthodox flavor of apartment therapy.

There will be no mugs, toys or cheap tchotchkes at Creatura House, but instead high-end, one-of-a-kind objects created by artists she admires or has worked with during her years as a gallerist, such as a line of evening bags from Jordan Christianson of Jonquil & Mr Black, crystal necklaces by artist Debra Baxter and an animal-centric range of flocked trophy sculptures by design collective Electric Coffin. Anderson is also collaborating with a renowned local horticulturist with a penchant for carnivorous plants to develop floral offerings for the shop, including orchids.

Anderson exited the art world to establish Creatura Wildlife Projects, an environmentally oriented nonprofit dedicated to raising money for other high-impact, smaller nonprofits across the globe. With Creatura House, her ultimate goal is to make art accessible through home décor, offering objects that reflect her background in both fine arts and environmental activism. Creatura House and Creatura Wildlife Projects exist as separate entities, but Anderson’s goal is to funnel a percentage of her sales at the shop back to her nonprofit.

Anderson combines a taste for cheeky, gothic gloom with a relentless effort to make the world a better, more art-filled place. “Especially right now when times are so uncertain, people want to have total control of their environment,” she says. “People are looking to build a more complete sanctuary, a whole environment, not just buy paintings.”

Anderson can’t help but work some fine art into the mix, so she plans to mount intimate exhibits at the shop as well. For the grand opening, she’s showing Montreal-based painter Peter Ferguson, who previously exhibited at Roq la Rue. Highly detailed and drenched in a saccharine darkness, Ferguson’s work could be confused with something out of the Renaissance; it turns a phantasmagorical eye on historically inspired imagery, sepia landscapes peopled with plants, anthropomorphic animalia and human characters.

“They’re highlighting what we’re doing [to the planet] with equal parts incredible beauty and incredible heartbreak,” Anderson says. “It’s very easy to turn a blind eye to these things because it hurts the soul to acknowledge. Yet we’re living in the Anthropocene epoch. The earth is forever altered by our being here.”

For Anderson, Capitol Hill’s shifting scenes and explosive growth mirror a global crisis that calls for responsible, thoughtful expenditure of resources. She sees an opportunity to gently nudge the course of human behavior.

“In the larger picture, you’re fighting against people who think there’s no point to incite change,” she says. “But there’s still a chance that you can get people excited, that there are ways to make change, that there’s hope.”