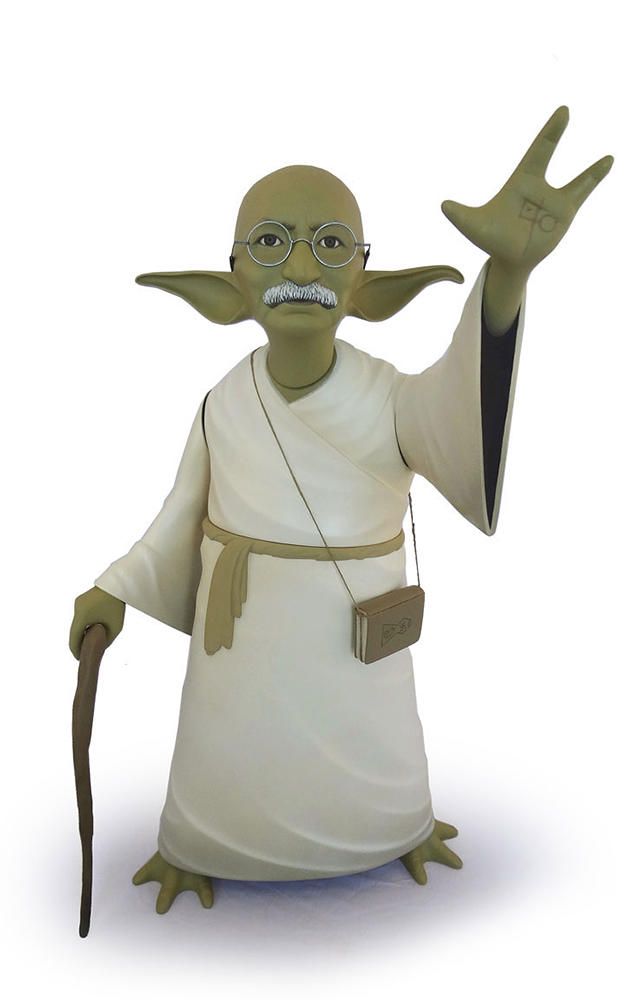 Does 3-D printing have a place in  the art world?

Vashon Island conceptual artist Mike “ReMike” Leavitt planned to speak to a Seattle crowd about the potential of 3-D printing in the art world. But within minutes of starting a lecture at the Seattle Central Public Library in early April, he realized he had a much bigger educational problem on his hands.

Hands went up frequently during the interactive presentation and audience members peppered Leavitt with questions. How exactly does 3-D printing work? Can you make stuff out of wood? What about muscle tissue? And is there some sort of liquid 3-D printer coming soon?

Leavitt admitted he wasn’t an expert in the technology but an artist exploring its many applications. He had begun working with 3-D printers only a year earlier but did his best to explain the basics: They work much like a standard paper printer. Imagine a single, thin layer of plastic being printed; stack enough of those layers on top of each other with microscopic precision and you can create a toy, a geometric shape, or—in Leavitt’s case—a figurine that satirizes America’s obsession with pop culture.

“I don’t text message and I don’t have a smartphone,” Leavitt told the crowd. “But I can do this.”

He embraced 3-D printing out of necessity. Leavitt typically builds pop-culture mash-up figurines—think Gandhi’s face on Yoda’s body or Obama dressed as a Matrix character—out of clay and wooden blocks. “I make things from scratch that look cheap,” he told the crowd. When he wanted a French porcelain company to replicate a new design a year ago, he tried shipping a clay prototype in an elaborate crate. “French customs decided that it was a bomb and destroyed my piece,” he said.

So Leavitt taught himself how to “sculpt” using 3-D software (a program called ZBrush, if you’re wondering) so that he could simply e-mail the prototype overseas. Since then, Leavitt says he has 3-D printed an extended series of action figures in editions numbered up to 300 each.

But 3-D printing further blurs the line he walks between making “art” and “product.” What does it mean to galleries, art dealers and collectors when an “original” piece is a file in a computer? How disruptive can a single mixed-medium artist now be without having to depend on manufacturers or suppliers in order to quickly make solid copies of an artistic work?

Leavitt didn’t answer those questions. Instead, he answered a personal question about whether 3-D printing had excited him as an artist, to which he gave a resounding “yes.” He doesn’t think he’ll be the last artist to toy with this tech—to simplify the business half of the job and further spread unique visions.

“A writer can self-publish and a musician can have downloads,” Leavitt said. “What options does a visual artist have?” He gestured toward two 3-D printers that were cranking out geometric designs throughout the talk. Even in a library auditorium, these little printers, whirring and chugging with noises like Star Wars droids, freed Leavitt to try something new.

Editor’s note: The original version of this article mistakenly stated that the program Leavitt uses for 3-D printing is Maya; it is ZBrush. The original story also misstated the extent to which Leavitt has used 3-D printing since he first began using the technology, saying he had used it only a little, when in fact he has used it quite extensively to create a series of action figures in large editions.