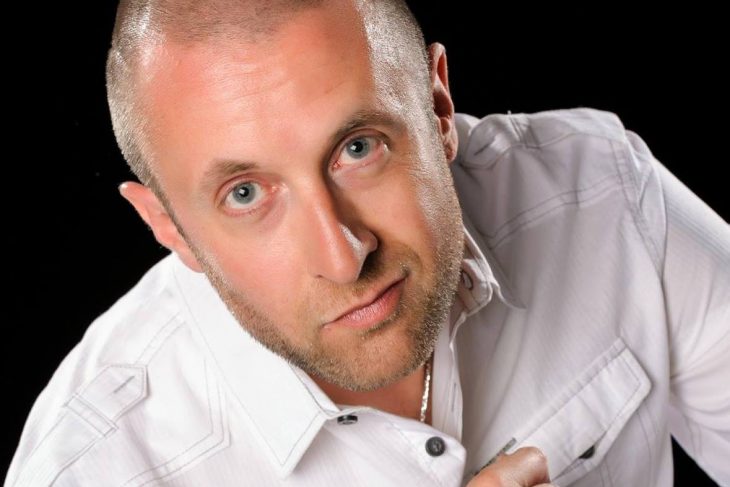 In January 2015, Dylan Avila was emceeing the comedy open mic he produced at the Local 907 pub in Renton when a man rushed the stage and attacked him with an aluminum baseball bat, striking him twice in the head. The assailant, Steven James Baldwin, was a disgruntled open miker who went by the stage name “Jesus Christ” and brandished a bible and a large dildo onstage in previous sets around town. Avila had banned him from the Local 907 the prior week for his erratic and unsettling behavior. Baldwin was quickly tackled and arrested, and Avila was rushed to the hospital with a fractured skull. Three years later, he’s mounting a one-man show about the incident and its ongoing aftermath, My Turn at Bat, at the Rendezvous on Jan. 6.

Avila is a slim, sharp-featured man with a high-and-tight haircut that reveals a grisly scar where two titanium plates were installed on the upper right side of his skull. Sitting at the dinner table in his Des Moines home on an overcast day in December, surrounded by photos of his three young children, he recounts his mindset just before the attack. At the time, he was beginning to come into his own as a comic, producing several local shows, getting booked and maturing in his craft.

“I was doing three or four shows a week plus being a dad and a husband. Life was as good as it had ever been. I was riding so high—this guy tried to kill me when I had a smile on my face. I had a mic in my hand when he did it.”

Avila had already begun writing jokes about the ordeal while in the hospital, and just 12 days after surgery he defiantly launched his comeback with a pair of sets at the Neptune Theatre that were memorialized by local filmmaker Ruben Rodriguez in a documentary short, The Comeback Comic. “I was coming out of that ICU like, ‘I’m about to be the Tupac of comedy,’” Avila says.

“I couldn’t wait to get back on stage after it happened. I was so determined to say ‘fuck you’ to that guy, to show him and everybody that this was actually gonna make me stronger, a better comedian.”

But he quickly hit a wall. The effects of a traumatic brain injury—not to mention being the target of premeditated attempted murder—are intractable and unpredictable. He struggled with vertigo, blurry vision, poor memory, impaired hearing, emotional dysregulation and paranoia. At the same time, he found himself surrounded by a loving and supportive comedy community; comics as far away as New York threw benefit shows to help pay his hospital bills.

His condition has gradually improved. He still must avoid any physical exertion and take a nap every afternoon to head off fatigue—“I got a prescription for naps!” he quips—but he’s experienced a breakthrough in his healing over the past year. Despite the many limitations and ailments the injury created, Avila says it’s helped him grow as a comedian.

“My perception and sense of humor are the only things that are stronger. Everything else has been a struggle,” he says. “After the injury, it was really hard for me to think of anything—your mind goes blank. I’m much better when I’m in the moment, not distracted trying to think about the past or worry about the future. Comedy thrives on that; you’re best when you’re in the moment. I’ve tried to apply that to my whole life.”

The one-man show is both a record of Avila’s trauma and its cure. It represents one of the noblest aspirations of comedy: to transmute one’s pain and suffering into laughter. Avila gets choked up when he discusses the events of that night three years ago, its effects on his wife and children, and his hopes for the show he’s created about it all. He lets the tears fall openly and without shame.

“It’s been a very emotional journey just to get through this without crying the whole time,” he says. “I’m not crying because it’s sad; I become overwhelmed with the emotion of feeling victorious.”

Dylan Avila performs My Turn at Bat at the Rendezvous on Jan. 6, a day after the three-year anniversary of the attack.