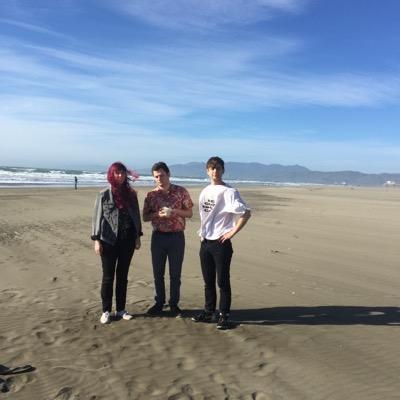 Monday, Jan. 11 (and every Monday)
The Comedy Underground’s weekly cattle call, Monday Madness Open Mic, is an enduring institution—think of it as Grand Central Station for new Seattle comedy. Unlike the open mic at your local bar, that jukebox-silencing destroyer of ambience, the Underground mic takes place in a dedicated comedy venue so it attracts its own viable, paying audience; thick-skinned rubberneckers who enjoy the thrill and mortification of all that vulnerability on display. In this multi-hour cavalcade, you’ll see infuriatingly bad comedy performed by lost souls alongside competent, original joketelling and, every once in a while, flashes of brilliance. –Brett Hamil
Comedy Underground

Tuesday, Jan. 12
Seattle filmmaker Jon Behrens has been crafting his own brand of experimental cinema for about 30 years now. Abstractions: The Films of Jon Behrens offers a well-rounded selection of Behrens’ work, with selections spanning the last four decades as well as two brand-new works. –Tony Kay
Grand Illusion Cinema

Thursday, Jan. 14
Things to see at the Capitol Hill art walk this week: Brandon Vosika—who has had prolific year—unveils a new series of paintings at Joe Bar. Isabela Garcia, showing at Cafe Pettirosso, is a self-taught photographer with a knack for capturing ephemeral, unedited, blown-out beauty on instant film. Margie Livingston brings her touch to Two Shelves, promising a momentary departure from her exacting process of building sculptures out of acrylic paint to make something from found fabric she’s collected while dumpster-diving. Cairo mounts another annual Expo 93 highlighting the venue’s favorite Northwest artists, including work by Leena Joshi, JD Banke, Mario Lemafa, Minh Nguyen, Lauren Rodriguez and Jordan Rundle. And for the love of cocaine and champagne, don’t miss Tara Thomas’ exhibit at The Factory. To celebrate the life of best-selling romance novelist Jackie Collins, Thomas offers a collection of eclectic paintings and photos while our own Dan Paulus fine tunes the space with an audio installation that mashes up music and dialog from various movie and miniseries adaptations of the great lady’s works. There will even be food to nosh, prepped from Jackie’s own cookbook, of course. –Amanda Manitach
Various locations

Thursday, Jan. 14 – Sunday, Jan. 17
Local playwright/actor Jeffrey Fracé collaborated with a group of international artists (including poet, Egyptian expatriate and Seattle resident Maged Zaher) to create The Life Model, a multi-perspective portrait of Egypt before and after it was rocked by revolution in 2011. To do so, they’ve woven together the lives of four friends with different perspectives, including an Egyptian video artist/activist deciding to stay or leave Cairo and an American in the country to study Islamic art. –Gemma Wilson
On the Boards