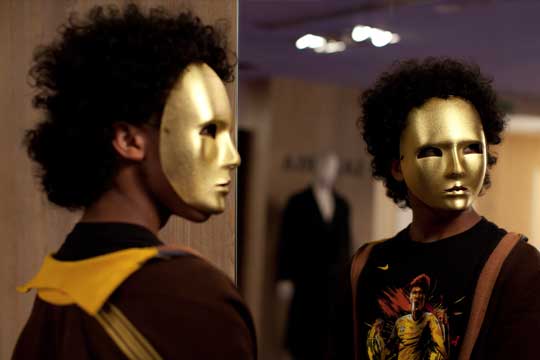 Even though this late-’90s animated television series was nominated for a few Emmys and was consistently funny as hell, Duckman never found the notoriety or popularity it deserved. Way ahead of its time, it touches on many of the complex familial issues and modern angst found in noteworthy contemporary cartoons like BoJack Horseman and Rick and Morty. Jason Alexander provides the voice for a self-loathing private eye duck who grapples with personal issues amid criminal investigations, exploring deep emotions like depression and loneliness. —Spenser Hoyt

Blade of the Immortal

Takashi Miike has made 100 feature films since he got started in 1991. This, the 100th, is an adaptation of a well-loved manga and anime series. Miike’s films swing between gonzo outlaw pranksterism and careful formal elegance, and the push-pull between those two styles is what keeps this extremely bloody samurai fantasy film thrilling despite its long running time. —Matt Lynch

Probably the best film of 2017 that nobody saw, this is as provocative a piece of pop art as you’re likely to come across. A group of young Parisian anarchists set off bombs all over the city, then take refuge in a deserted shopping mall. Almost like a French New Wave take on Dawn of the Dead, this film deliberately conflates terrorism with state violence and dangerous ideologies with consumerism and media culture. It’s also got a killer soundtrack. —Matt Lynch

Though Hammer’s ’60s output is best remembered for vampires and other conventional ghouls, this Blu-ray release highlights the other side of the famed British studio: their forays into psychological and contemporary gothic horror, filmed in immaculate style and featuring talent such as Tallulah Bankhead (in a rare screen appearance), Donald Sutherland and Stefanie Powers. —Paul Nelson