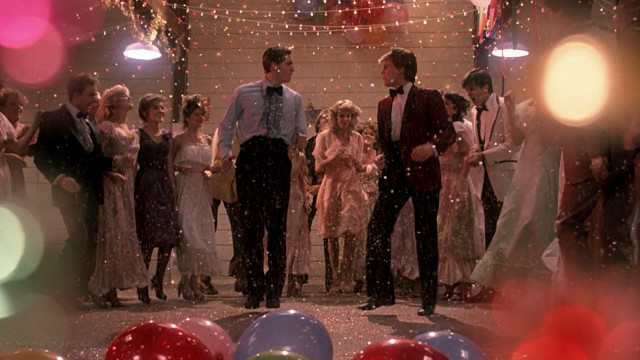 I began planning my response to tomorrow’s inevitable question: Are you going? I’ll go if someone pays me to write about it, I’ll say. When I say this I will not realize that such a statement, while honest, makes me sound like a jerk. How about you, I will inquire. If I can get $400 back on my taxes. That’s when it will dawn on me. Jerk.

There were photos as well, from the Sasquatch! announcement party. There was Macklemore with his arms in the air, basking in a seemingly inexhaustible love and appreciation. Macklemore. Nice guy. I’m looking forward to hearing him rap about drones, AR15s and oversized sugary beverages. There was a photo of a man with an old-style army helmet on his head. Cody Chesnutt, it said. I drafted a note to myself: Look this guy up, pretend you’ve known about him for years. And there was Doug Martsch and his band Built to Spill. Apparently he made a joke about Captain Beefheart. Or he made a joke about Macklemore’s fans using Captain Beefheart. Whatever. Ha. Lol.

I love Built to Spill, I said to myself. Of course you do, myself said back.

Did you hear that Built to Spill is curating the Treefort Music Festival in Boise? Did you?! Did you?!! Did you?!!! What does that mean, curating? I don’t know, but that’s what they are doing. When is it? March 21st through the 24th. Is that the same weekend as South-by-Southwest? Do you mean SXSW? Yes. Interactive or music or film? Um, music. No, that’s the weekend before. Oh good. Are you going? No. Oh.

Do you know that, according to Wikipedia, which is probably wrong let’s just say it, there are 187 music festivals in the United States, alone? Wait, what’s this tweet here? Paste says there is another music festival that just announced its lineup. 188. The Shaky Knees Music Festival in Atlanta, Georgia. It’s May 4th and 5th. Band of Horses is playing. Are playing? Is playing? Whatever. The Lumineers are playing too.

Did you hear that the Lumineers are playing on the Grammy Awards? It’s this weekend. Are you going to watch? I don’t plan on it. But you probably will. I guess. I mean, you’ll watch the clips online after, like you did the commercials for the Super Bowl, which you took a nap through. Yeah. Do you think Frank Ocean will win Best Song? He’s not nominated for Best Song; he’s nominated for Best Record. What’s the difference?

So, I went to that place where you go to type your thoughts so others can see them. I wrote:

What if everyone just agreed to stop making and playing music for a year? And then on the 366th day, all the musicians picked up their instruments, dusty and dry, and played the best they could remember. And we danced all day. Would you all be okay with that?

“That’s a terrible idea,” replied an old friend who once wrote a song about the pains of being my roommate. “No,” said a musician who just a few days before had posted photos of his daughter playing an instrument, joy evident on her face. “I don’t think I would last even 5 minutes,” another responded. “Can’t, sorry,” came another. “That’s hippie nonsense,” said my cousin Kurt. And they continued …

“If we could just convince Macklemore and Adam Levine to quit forever I’d jump on board.”

“Very interesting, this thread,” I responded five hours later. “Aren’t you curious what it might bring? Don’t you wonder if you might discover some untapped reservoir of wonder without all that musical stimulation, that the lack of influence and outlet might lead you to hear a melody in your head that was heretofore unimaginable or discover some other inner truth that can only be attained through the kind of deep concentration that comes from extreme deprivation?”

Crickets from the musicians.

“Counterpoint,” wrote a non-musician writer friend. “What if everyone just got addicted to video games instead or found some depressingly mindless substitute? I tend to think that people would fill the void left by music with whatever is at hand, rather than dwell in or deal with silence.”

“Countercounterpoint,” I wrote. “I believe that there is something very special about music, that it is more powerful and more connected to both the individual human soul and the collective consciousness than other forms of entertainment. It’s special and I do not believe it can be replaced by any external stimulus. This is why I’m curious about how our minds would react if it were gone for just a year.”

“Imagine the release on the 366th day,” I wrote a few minutes later. “It would be like Footloose prom.”

Then another friend linked to a story about how there was no music allowed in Afghanistan for five years. “It was illegal to hum, even to clap,” she wrote.

And then another friend weighed in.

“I went to a boarding school that did not allow radio (or dancing). My hallmates would pester me to sing them accurate reenactments of radio hits. Footloose is no fucking joke; it exists.”