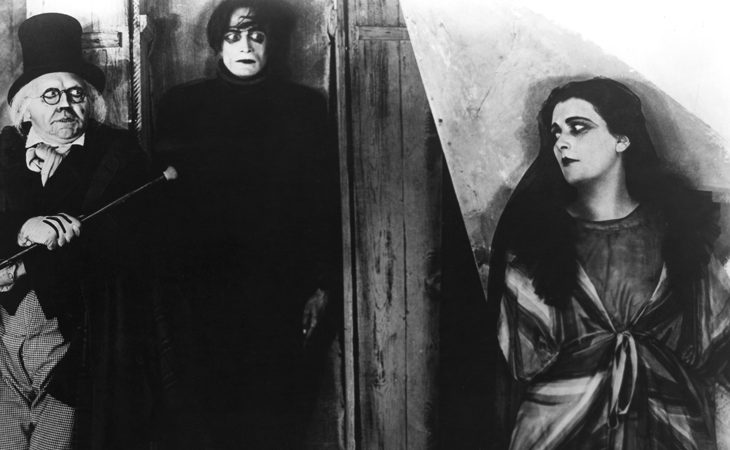 The Cabinet of Dr. Caligari

One of my favorite musical discoveries this year is Nick Hakim, whose new albumGreen Twins finds the D.C.-born, Brooklyn-based son of Peruvian and Chilean parents leaning heavily into lo-fi atmospherics and broken-beat electronics, a hermetic singer-songwriter creating hazy bedroom incantations that are equally elevated and introspective. —Jonathan Zwickel

This showcase has a worthy goal: to film and record live stand-up performances in Seattle, NY, SF and PDX for a compilation album that will benefit Planned Parenthood. It’s got a great lineup, including Seattle faves Derek Sheen, Natalie Holt and Levi Manis, as well as some of Olympia’s finest: Sam Miller, Nicole Ash Bailey and Chase Roper. Come provide the laughter for this crucial cause. —Brett Hamil

Erik Blood’s integration of immersive theatricality with his singular brand of romantic shoegazey dance music is already something magical, so throwing a full-on laser show into the mix should be compelling. Seattle post-dance combo Spesh opens. Between both acts, you’re officially permitted to ditch the usual cannabis-induced Laser Dome chillaxation and get your groove on. —Tony Kay

Songhoy Blues is a ripping trance-rock band from Bamako, Mali, led by Garba Touré, a young guitarist raised on Hendrix and hip-hop who fled his hometown of Timbuktu after a militia uprising imposed Sharia law forbidding music. These performers literally fought for their musical lives, and now they’re in Seattle on an international tour. —Jonathan Zwickel

Curt Weiss reads from Stranded in the Jungle, a biography of Jerry Nolan, who played with the Heartbreakers, the New York Dolls, the Idols, Sid Vicious and the London Cowboys. Through extensive research including what should be a pretty awesome collection of interviews, Weiss chronicles Nolan’s proto-punk adventures in ’70s and ’80s New York. —Sarah Galvin

The Cabinet of Dr. Caligari

I’ve never understood why people are so resistant to silent movies. When paired with the right score, they’re entrancing fever dreams. Robert Weine’s still-striking 1919 horror masterwork was probably the first movie made to exploit light, shadow and stylized symbolism in service of scares, and avant-jazz adventurer Wayne Horvitz’s live score is sure to be exciting. —Tony Kay

The Bridges of Madison County

This underrated musical has a book by Pulitzer winner Marsha Norman and a score by Tony winner Jason Robert Brown, and this Showtunes Theatre Company staged reading should sound great. It’s based on a novel-turned-Meryl Streep/Clint Eastwood romance (what?), about a whirlwind affair between an Italian immigrant in 1960s Iowa and a sexy National Geographic photographer. Get into it.  —Gemma Wilson