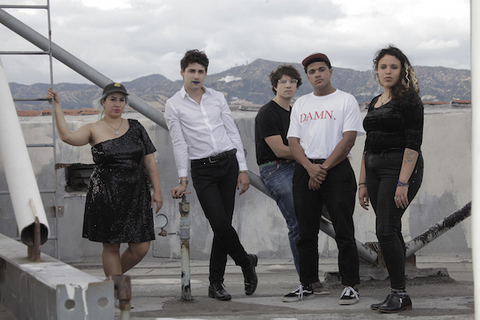 There’s something to be said for dive-bar comedy. Regardless of how hilarious the comedians are or how engaged the crowd (assuming there is one), you can always admire the handful of old-timers at the far end of the bar, grimly sipping away the rent. It’s a great atmosphere for consequence-free, pathos-heavy comedy. And if you can actually make one of those oldtimers laugh? That’s gold, baby. —Brett Hamil
Blue Moon Tavern

Sometimes a good drummer is all you need and Coady Willis is one of the best in the game. When he plays with Big Business, the primal relentlessness of his pound couples with a nimble dexterity that leaves jaws hanging and ears happy. The inimitable Jared Warren bellowing and backing him up on bass is the slathering of gravy on this heavy-rock feast. —Dan Paulus
Tractor Tavern

King of the Yees

Lauren Yee’s meta-theatrical play about her relationship with her dad is whimsical and personal, intimate and expansive, ridiculous and earnest and earnestly ridiculous. In brief: Lauren is writing a play about her dad and the near-defunct Family Associations of San Francisco’s Chinatown and ends up on a mystical-ish journey to connect with herself, her family and her culture. I cried. Yees runs through Oct. 1. —Gemma Wilson
ACT Theatre

Latinx, femme-forward punk-en-Español with a saxophone? Hell yes! Downtown Boys hail from the weirdo-art-intellectual bastion of Providence, R.I., where they’ve been agitprop heroes of the musical underground since forming five years ago. Sub Pop signed them on the strength of their hook-heavy tunes and explosive performances, releasing their third album, Cost of Living, earlier this year. —Jonathan Zwickel
Vera Project

Seattle-based writer/publicist/music-scene polymath Barbara Mitchell is one of this ’burg’s most tireless supporters. Golden Gardens, Danny Newcomb and the Sugarmakers, Stereo Embers, the Staxx Brothers’ Davin Michael Steadman, A Breakthrough in Field Studies and more pay it forward by throwing down Cure covers all the live-long night. —Tony Kay
High Dive

Travel the global funk underground in your own city! Sinkane, aka singer Ahmed Abdullahi Gallab, spent most of his childhood in Ghana Sudan, then played in musical collectives like Caribou and Of Montreal before establishing his own groovy eponymous band. Turkuaz, another African-inflected crew, has stepped out from the jam-band world, its nine members converging into a propulsive, whip-tight unit on stage. —Jonathan Zwickel
Neumos

Poetry in Conversation on W. S. Merwin’s The Lice