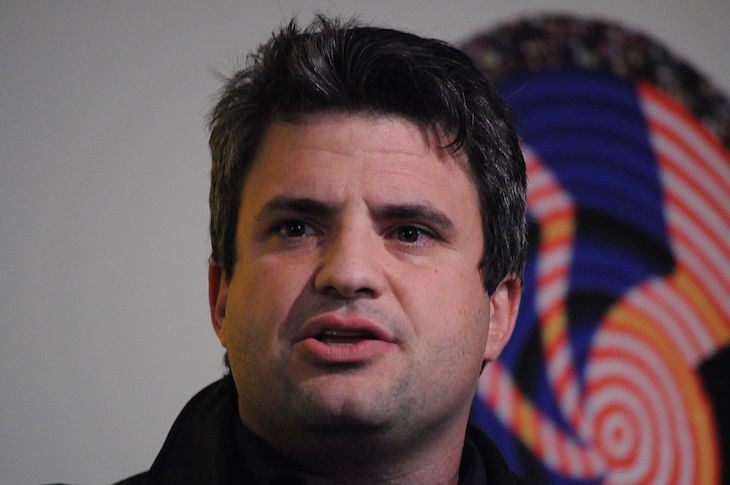 Don Mee Choi & Joshua Beckman interviewed by Amaranth Borsuk Amaranth Borsuk’s brain works in fascinating ways. She’s a poet and scholar and also the co-creator (with Kate Durbin and Ian Hatcher) of Abra, an artists’ book and free interactive app that basically explodes the idea of the book by building living, interactive text. We’re excited to hear that curiosity set to work on interviewing poets Don Mee Choi and Joshua Beckman. Whiting Award-winner Choi’s books include Hardly War and The Morning News is Exciting; Beckman, who is editor-in-chief at Wave Books, has authored books including The Lives of the Poems, Three Talks and The Inside of an Apple.

Writing can be a mystifying, isolated affair, but Hugo House works to build community in the word-world and foster transparent conversation about the craft and creation of word-related products. In this installment of Word Works, Ben Lerner—who in addition to being a poet, translator, novelist, essayist and critic was also a 2015 MacArthur Fellow—examines “the novel as a curatorial form,” which sounds like a fascinating topic for communal investigation. His talk is followed by a Q&A facilitated by local writer Jessica Mooney.

Perhaps more than any other author, Dave Zirin understands the overlap of sports, politics and activism, and he’s written about it with humor and sensitivity, as seen in his co-authorship with Michael Bennett on Things That Make White People Uncomfortable. At the heart of Zirin’s activism is his deep love and understanding of sports and the work of professional athletes, as shown in his latest book, Jim Brown: Last Man Standing, which takes a deep look at the Cleveland Browns running back who walked away from the NFL in 1966 to pursue a life of activism. Brown is a complicated figure—he supported Nixon and Trump and also launched a pro-Black entrepreneurial fund—and this is his definitive