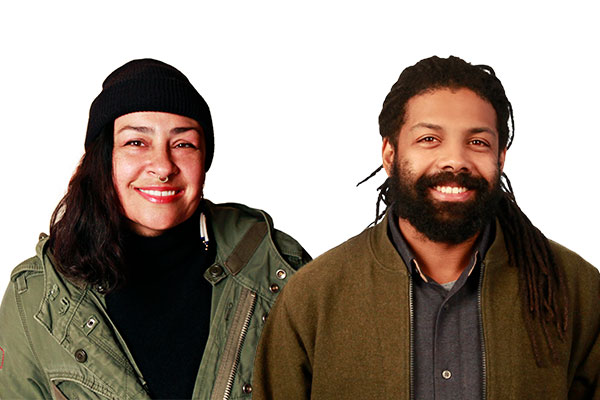 When Tracy Rector landed on our 2015 Future List, she told us, “For me it’s not an option to be quiet.” Since then, Rector has continued her efforts to intertwine activism, advocacy and filmmaking. Late last year she embedded for weeks at a time at Oceti Sakowin, the camp in North Dakota that, until this week, was the home of the resistance to the Dakota Access Pipeline. She recently opened her first exhibition at the Paramount Theatre’s Re:definition gallery, where she’s curator this season, and her short VR film Ch’aak’ S’aagi (Eagle Bone) is currently touring the international film festival circuit.

Ben Hunter, who was on our 2016 Future List, is a fiddle-playing roots, blues, jazz, folk, bluegrass and gospel musician who tours internationally with his bandmate Joe Seamons. He’s also one of the central forces behind the Hillman City Collaboratory, a community center that hosts all sorts of creative endeavors. This spring, he’ll open another Hillman City spot: the Black and Tan Hall, an ambitious, community-supported performance space and restaurant he’s creating in an old vaudeville theatre with partners Tarik Abdullah and Rodney Herold. He, too, traveled to Standing Rock last autumn.

Together, Rector and Hunter have found much common ground, and they’re weaving together their filmmaking, music and activism backgrounds for Genre Bender.

“Our approach to this piece is to, at the heart, talk about water, talk about land, talk about people,” Hunter says. “Talking about Native lives and Black lives. And I don’t wanna call it a reckoning, but it’s a realization of why we’re at this place that we’re at right now in the world, in the country.”

Rector has been working on a triptych of urban, natural and historical films, Hunter has been composing spirituals and they’re collaborating on the songwriting that will bring it all together.

“I love the saying that everything is healed with salt water: sweat, tears, or the seas,” Rector says. “Water for me is a reminder to be humble and to go with the flow…what’s here today may be gone tomorrow. So, be present in the moment and act towards equity in all matters. The sacred balance of life. These are the lessons that my Native, African and Jewish ancestors know intimately.”

Rector says she and Hunter had some profoundly spiritual conversations about service, humility, perseverance and redemption. “Our hope is that through honoring the spirit of water we can exercise some of the collective historical trauma perpetrated against our peoples and create a new narrative,” she says.