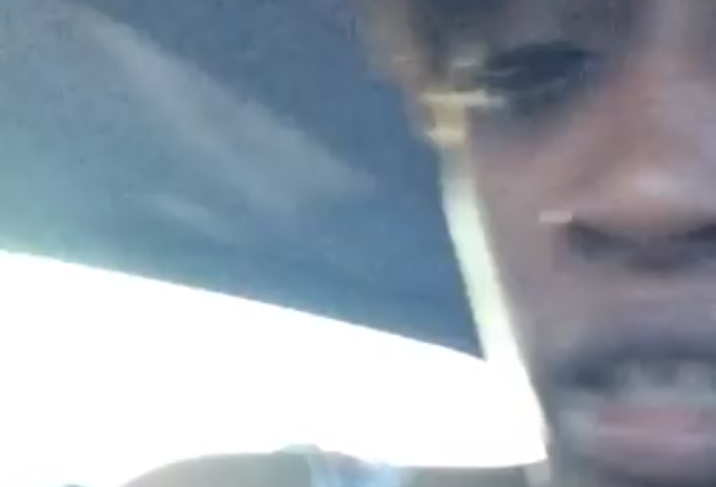 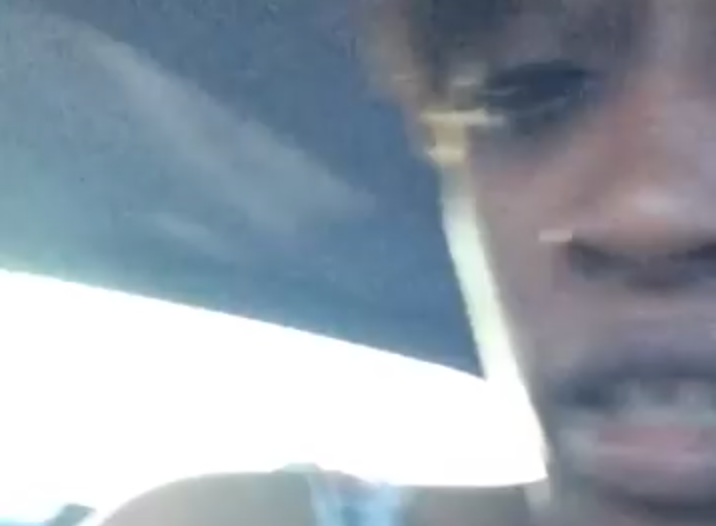 In a year that has seen a feminist-focused Ghostbusters reboot and a refreshingly philosophical Captain America update, Diamond Reynolds has made the most important film to date. When film critics and historians write the book on the defining images of 2016, they will have no choice but to mention her one-woman show, shot and broadcast for free (standard data rates may apply) alongside the big budget largesse of Hollywood blockbusters. Superhero flicks like Captain America: Civil War contain dystopian premises, just like Diamond Reynolds’ short film. But the similarities end there. Reynolds’ creative achievement was to replace the steroid-addled superhero with her own average—but not basic—black body.

By now, the plot of Reynolds’ short is in the public domain. On a traffic stop in suburban St. Paul, Minn., a police officer pumps four bullets into Diamond Reynolds’ boyfriend, Philando Castile. The first frames of Reynolds’ film show Castile slumped in the front seat. He wears a white T-shirt that allows audiences to see the life leaving his body. The costuming here is crucial. A darker T-shirt may have obscured the desperation of Castile’s situation; the eyes of American viewers are not so good at seeing the shared humanity beneath surfaces of color.

The white T-shirt removed all ambiguity: Blood is everywhere because a man is dying, murdered. Look away if you wish. But the privilege of viewership does not allow you to pretend you are not seeing what you are clearly seeing.

Reynolds sits in the passenger seat of the vehicle, summarizing the scene unfolding beside her. With authority and disarming politeness, she tells the police officer (and the audience), “You told him to get his ID out of his pocket and you shot four bullets into him.”

The officer does not disagree. The transcript of Reynolds’ film shows the officer shouting “FUCK” nine times at no one particular—at the situation his training was supposed to have trained him for. Meanwhile Reynolds is a model of mild manners for most of the movie. As the film’s moral center, she illuminates an overlooked aspect of Black life in America: Uncanny calm is a survival tactic for people who are penalized for having normal human reactions to extreme circumstances. When expressing anger or discomfort is a luxury you cannot afford, cool becomes your superpower.

In the days following the killing of Philando Castile, a cultural chorus rose-up in celebration of Reynolds’ performance. TIME magazine praised her “endurance in the face of tragedy.” MTV News called her “measured and steely.” Weeks after Barack Obama’s 2008 election, film critic Stanley Crouch wrote that “we’ve always known Black people who are recognized for their cool mastery of their surroundings.” If his statement was not true eight years ago, Diamond Reynolds has seen to it that it is now. On The View, an incredulous Joy Behar—apparently not realizing that Reynolds is a Millennial—praised Reynolds for the “presence of mind” it took to pull out her phone.

What these celebrations of Reynolds’ resilience miss is that, in hero narratives, the acquisition of a superpower is typically the result of a catastrophic event that leaves the hero emotionally damaged and/or physically scarred. The entry fee to a life of heroism is trauma; once you’re in, there’s a recurring tax on your well-being.

Many saw cause for admiration in Reynolds’ performance. Jim Hopper—a psychology instructor at Harvard Medical School—sees a dissociative state that sufferers of terror adopt in response to shock. Diamond Reynolds’ cool dovetails with an April 2016 USA Today report which revealed that many medical students maintain a false and dangerous belief that African-Americans have a higher tolerance for pain than their White counterparts. At the micro level, this myth is responsible for millions of unseen medical misdiagnoses of Black patients. In a broader scope, it helps excuse inequity. Silently enduring lower wages and higher levels of social scrutiny leads observers to believe you aren’t suffering at all.

In her film, Diamond Reynolds does not have to carry the dramatic load alone. She’s reinforced by a number of noteworthy supporting performances. Of particular interest is a sultry cop who tells Reynolds “get on your knees, get on your knees” when she’s escorted out of the vehicle in which Castile was killed. The pornographic subtext of his command—so pregnant with symbols of dominance and shame—are pronounced in front of Reynolds’ four-year-old daughter, who is mostly silent throughout the film.

Little Dae’anna Reynolds saves her best for last. When Diamond Reynolds signs off of Facebook Live from the back of a police car, Dea’anna’s voice can be heard saying “It’s OK, mommy, I’m right here with you.” There are no closing credits. The film does not fade to black so much as it retreats there.

At this point, a mainstream filmmaker may have inserted music that told the audience how to feel. Jay Z’s “Spiritual”—released in the aftermath of Castile’s murder—would be a fine candidate. “Trans-generational trauma, that shit’ll haunt ya,” rhymes a resurgent Jigga.

But Diamond Reynolds’ video was an improvisational act of citizen journalism. Like jazz, it did not allow for aesthetic refinement. The rawness of her reel did what all art aspires to do: inspire other creators (like Jay) into action, and subvert authority that stifles creativity. The Ringer revealed that Facebook Live—a tool initially conceived for light-hearted voyeurism and celebrity confessionals—temporarily removed the video because of its graphic content. Philando Castile was killed in his car at the intersection of censorship and surveillance.

2016 is a historical crossroads that invites parallels to 1968—a year driven by racial animus and anti-war protests in every corner of capitalism’s global reach. French filmmaker Jean-Luc Godard immortalized 1968 in his film Tout Va Bien. The movie concludes with words that loom over us like the digital cloud: “Each of us is a historian. Me, you, all of us.”

We do not know how Reynolds’ video will animate American history. Will the images she captured continue a crescendo of activism and reform, only to be forgotten by an even more egregious act of aggression? Or will audiences move on in search of Pokémon to pluck from apolitical pastures? The fallout is unclear. Courts can adjudicate, but only time can tell the whole truth. So far, one thing is certain: Diamond Reynolds showed us who we are, then dared us to look away. In comparison, most other movies seem so unambitious.