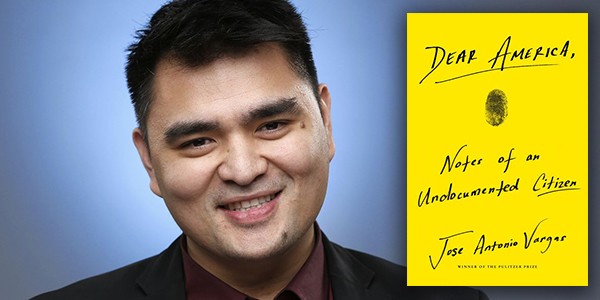 DeRay Mckesson: On The Other Side of Freedom Tour

After chronicling the Ferguson protests on social media in 2014, civil rights activist DeRay Mckesson ran for mayor of Baltimore in 2016 and currently hosts Pod Save the People, discussing the intersections of politics and culture, information accessibility and inclusion with fellow activists and leaders such as Brittany Packnett and Clint Smith. Tonight he leads a conversation on the core themes of his new book, On the Other Side of Freedom: The Case for Hope. Hosted by Elliott Bay Book Co., Mckesson will discuss the systems of injustice he’s spent the last half-decade seeking to change and his vision for how to do so.

It’s been years in the making! Tonight Hugo House officially opens the doors to their new, permanent home and invites the public into their 10,000-square feet of literary possibility. Art Zone host Nancy Guppy leads the party with readings by local writers with big reputations including Anastacia-Reneé, Quenton Baker, Nicole Hardy, Kristen Millares Young and Amber Flame. Expect sounds by the Bushwick Book Club and an afterparty with KEXP DJ Gabriel Teodros.

The one-woman show that is Kate Berwanger, founder of the traveling Swerve Zine Library and Assembly Literary Open Mic, has thrown zine pop-ups for three years now. This seasonal pop-up zine and comics fest celebrates local talent and emphasizes women and LGBTQIA voices. An indie publishing marketplace will include a tattoo artist, tarot reader and ambient chill-out room by an installation artist. Drinks will be available at this 21+ event.

Writing about the experiences of immigrants is a way of fighting their persecution. Antonio Vargas has spent most of his 20-year career providing a storytelling platform to immigrants, helping them to shape their own narratives. Recently, the Pulitzer Prize-winning journalist, Emmy-nominated film director and founder of the nonprofit media organization Define America has shared his own story of suppressing his undocumented status in the U.S. With the release of his memoir, Notes of an Undocumented Citizen, Vargas explores the toll he’s experienced as an immigrant building a life around his personal struggle.