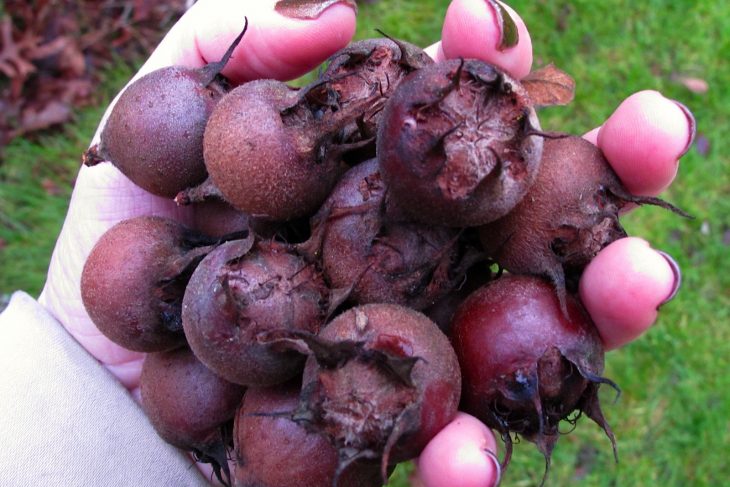 So read the description of Decibel Festival‘s opening performance, and I was sold. I was one of a couple of hundred rapt, ready nerds at the Broadway Performance Hall for yesterday’s kick-off.

Demdike Stare is an occult-themed collaboration between Manchester artists Sean Canty and Miles Whittaker, who take their moniker from a 17th century Pendle witch. The film was campy: Twin slavegirl vampires and a host of others drove an innocent man to distraction and finally to the edge of an ocean for some kind of ritual and revelation. This film can’t possibly have another soundtrack than Demdike’s, who enhanced its legacy with their pitch-perfect black moods. At the penultimate scene, rolling conga drums buried in a mist of dub were overlayed with a sharp, short chant-like battle cry every 30 seconds.

Demdike Stare perform again tonight at the witching hour at Melrose Market Studios, a new venue for Decibel this year. This event is highly recommended for thrill-seekers and fate-tempters who disregard famed astrologer Susan Miller’s advice to avoid crowds this weekend. Count us all-in.

Before the film started (a half-hour late due to ticketing delays), punters patiently queued and excitedly talked about their plans for the next four days. I took a snapshot of longtime local music journalist/guru Dave Segal’s Wednesday mini-list to use for reference. Decibel is almost always best when you take recommendations from those that listen to 75% more of the world’s recorded music than you.

Turns out Broadway Performance Hall is an ideal spot for will call and HQ this year, situated between the Capitol Hill and downtown venues. It’s open til midnight and includes a makeshift lounge outside selling extremely cheap cocktails—steps away from the poor souls at SCCC who have to be studying right now.

Forgoing a couple of showcases that were surely worth the trip downtown—Warp Records and Global Selektors 1—the “pace yourself” vibe of Wednesday kept me close to home in Barboza and Neumos.

Apparently the only person who properly makes “based” music is a dude called Lil B, but Seattle’s Keyboard Kid is coming for his crown. He’s that good at whatever it is he’s doing. I texted a friend to describe what I was hearing: “Marching band techno remix of ‘Pass the Dutchie’ + 90s diva vox barely perceptible thru 4-4 dub: It’s time for the percolator!”

Upstairs at Neumos, the not-quite-capacity crowd didn’t so much listen to as corporeally absorb Monolake’s live, surround sound performance of his 2012 album Ghosts. The veteran Decibel artist was divisive with the festivalgoers I spoke with yesterday. Monolake topped Segal’s dilemma-filled list, while others said, “Too intellectual, too cerebral,” which I translated as a desire to “have fun and dance” at Decibel this year. In some of the festival’s mid-’00s iterations, minimal labels like Kompakt and Perlon dominated the scene, with showcases like Monolake earning coveted closing night spots rather than opening the festival. Times are changing, as poppin’ bottles and even more extreme experimentalism have crept into the underground just as EDM (both the good kind and the lowest-common-denominator kind) has infiltrated the mainstream.

Monolake’s fairly transcendental set included slow inclines and repurposed, frantic drum ‘n’ bass beats, set to live images by visual artist Tarik Barri. As per previous Decibels, enormous reinforcements in sound production made Neumo’s an echoing, vibrating cave. A good artist uses those dynamics to hollow out your headspace and lay inside it whatever they like. It’s kind of like witchcraft, or seeing the band ISIS or watching Fellini. A computer programmer and an arts writer spontaneously agreed to call the Monolake set a guided meditation.