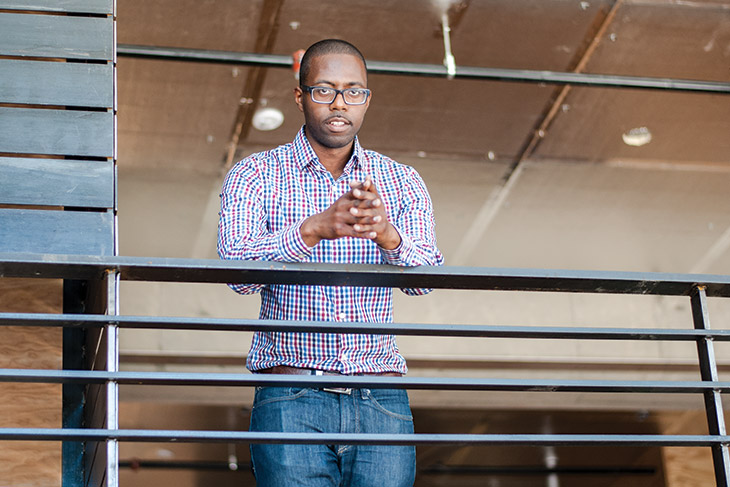 As told to Jonathan Zwickel

Tons of stuff is happening in the city. It’s an exciting time to come here and to be from here. A lot has brought us into this moment: The Great Migration from the South accelerated change and growth in the city, and generationally there’s been years and years of development people who saw that Tacoma needed more and have positioned themselves over years to answer the call. Right now we’re at the center of that Venn Diagram.

Put it this way: I’m a little brother, the youngest. There’s a freedom that comes with that. And compared to Seattle, Tacoma has always had that freedom. In Seattle there’s a lot of hierarchies; here, people have the room to create what they want to see in the world. People have the room to do what they want. If we continue to develop right, we’ll stay that way, though that’s a broader civic conversation, a city-planning, rent-control conversation. As long as we continue to play to our strengths, we can be a model for how art integrates into cities around the country. I think we have the potential to do it better than anyone else. I could be naïve but I believe in the power of the people who live here. Our ideals are noble.

In this region there’s constant room for reinvention. You look at someone like Ishmael Butler and how he’s been able to reinvent himself so many times. Will Jordan is in the same league. Some of the things he’s doing in the next year will showcase how he thinks about the entertainment experience from a broad perspective. Really, anybody who’s been working at their craft for longer than 10 years has to reinvent themselves. Watching people’s art change as their lives change—there’s an understanding of that from a humanistic point of view that I don’t see elsewhere.

I see symbiosis between Tacoma and Seattle, cities uniting to become a region like the Bay Area, the Twin Cities, Dallas-Fort Worth. When light rail comes, rapidly accelerating the movement of people and ideas and the potential for exchange, this place will revolutionize itself. It’s a lot more work to develop something from the ground up, but the rewards that you reap from your toil are unquantifiable, multi-level. With Alma Mater and Spaceworks and Fab-5 empowering artists, we have the ingredients to make the cake. Are we gonna keep it in the cupboard or put it in the oven?

Tacoma is a great place to get organized, to get your thoughts together, to create things and then to take your talent to the marketplace. I love living in Tacoma, putting together a pitch and then going to LA to pitch it. Maybe I work in LA for a six-week stint, but I have a foundation here and there’s nothing like that. Bloom where you’re planted.

I think about the world, about life, about everything in relation to story, and where the story takes place is essential. Tacoma is my place. My life takes me around the world but Tacoma is at the center of the story.