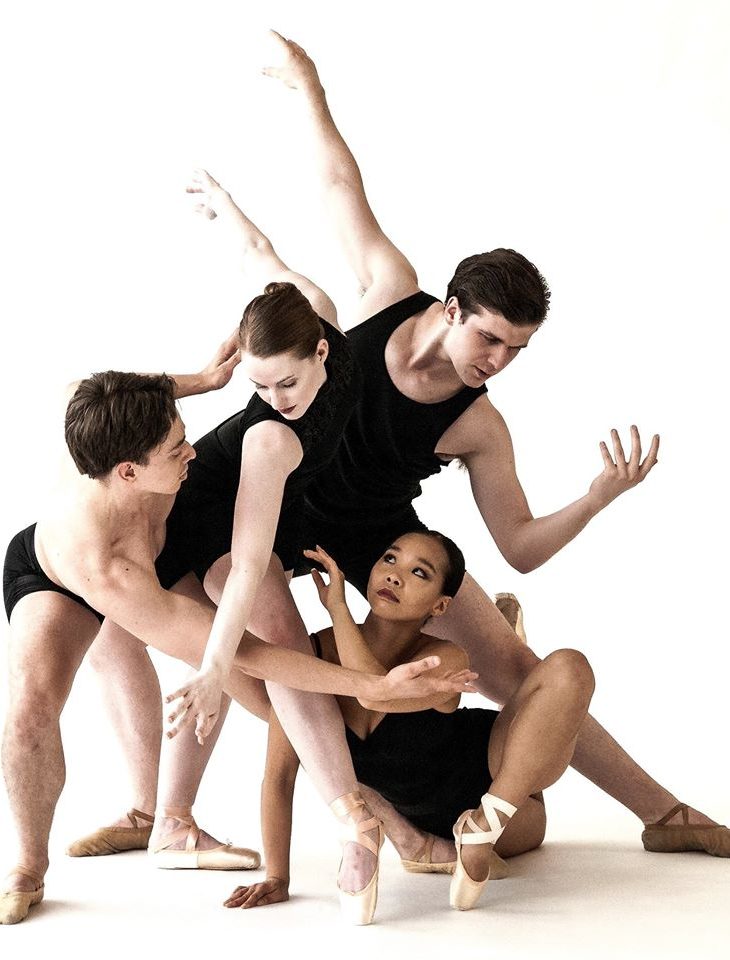 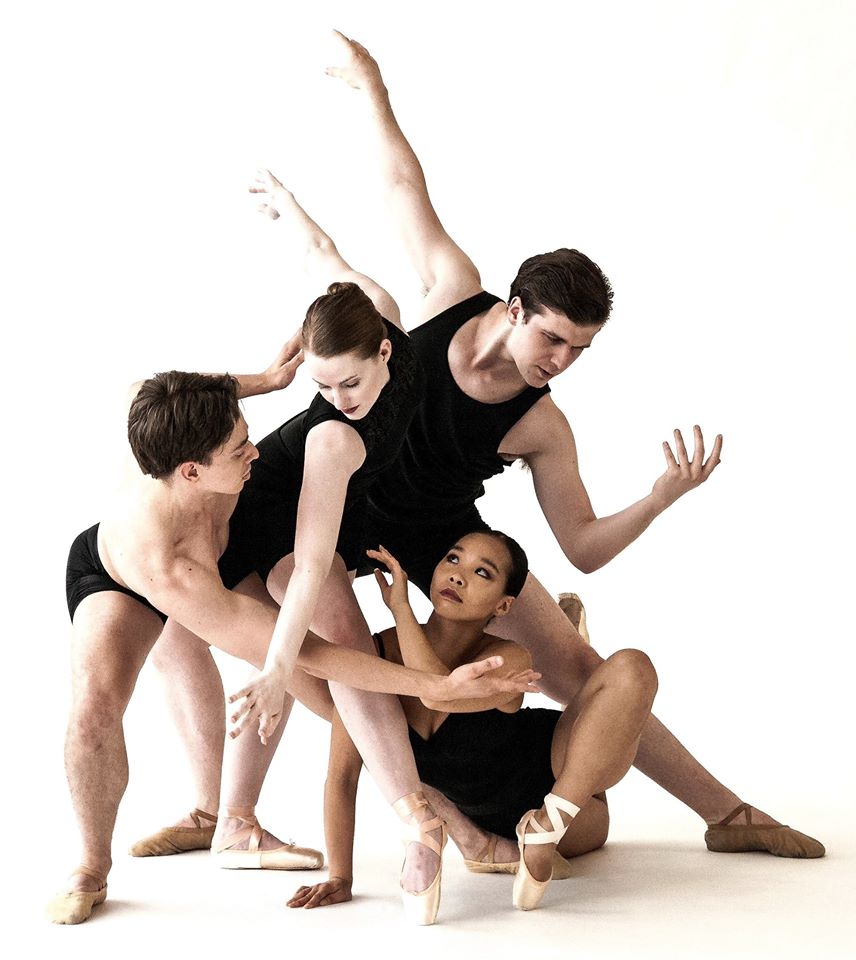 The number of dance performances dwindles during the Seattle summer, but for ARC Dance, the hotter months are the time to shine. The company mounted its annual Summer Dance at the Center at Seattle Rep over the weekend, showcasing work from six choreographers including ARC Artistic Director Marie Chong. Focusing on contemporary ballet, the program demonstrated the endless influences on the form, from jazz and hip-hop to miming, and the world premiere, show-ending piece, A Little Less than a Human Being, places Daniel Ojeda, a young dancer with Ballet Idaho, on the regional stage of up-and-coming chorographers.

The piece, which had dancers simply costumed in dark gray pants and white jackets, featured groupings ranging from complicated duets to six-person ensembles, with its many swift and seamless transitions setting a fast pace. Dancer Erin Crall, dressed in a black suit and tie, was the leader of the group. She pranced around the stage, using frenzied arm motions to “direct” the rest of the group. Whether the rest were actually following her lead or not was unclear, but several cheeky moments, including Crall receiving a shove to the arm with an extended foot, suggested that she’s not a well-loved authority figure. The dancers displayed strong athleticism, with leaps and jumps flying high, underlined with the grace of classic ballet training.

Chong’s No Regrets eschewed narrative, instead playing with human emotion and a twist on form. A passionate pas de deux between Victoria Jahn and Graham Gobeille found the duo lip-locked as they extend arms and legs, bodies snaking around each other in a unique partnering. The piece featured other movements in ensembles and pairs, but the kissing duet stood out for its inventiveness.

Infinitum, which premiered at last year’s summer showcase, is a piece from renown choreographer Edwaard Liang that thrust a mesmerizing Jahn front and center. The dark-haired dancer is exceptionally tall for a female dancer with incredible flexibility. Dressed in a red halter dress, her long legs guided the fabric around in vibrant flashes and her command of the choreography extended across the entire stage, overshadowing the three men in the piece. In fact, Jahn stood out in every piece she performed in, a dancer who’s not only learned her strengths but constantly pushes them closer and closer to perfection.

The three remaining works—Betsy Cooper’s The Space Between, Alex Ketley’s Wave Atlas and Earth and Sky from Kirk Midtskog—provided individual dancers chances to show off their technical skills, but the choreography lacked cohesion. Also, for most of program the costume choices were either boring (lots of plain dark pants and solid tops) or distractingly bad (pink silk robe combos). With the limited budget of a small professional dance company, if sacrifices have to be made somewhere, let it be the clothes over the choreography.