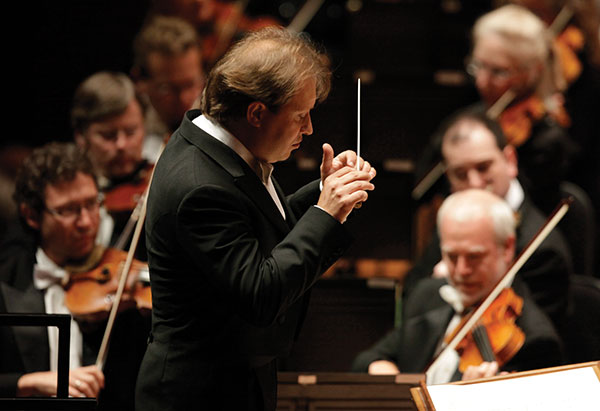 Antonín Dvorák wrote his two most popular pieces during his early 1890s stay in the United States—the “New World” Symphony and the Cello Concerto. Their heart-melting melodies, infectious and thrilling rhythmic ideas, and emotionally complex use of the orchestra make both works among the most beloved in the orchestral repertory.

Their mega-success made the Czech composer into a “two-hit” wonder. But they’re just the tip of the Dvorák iceberg.

Following an opening night Parisian reverie, the Seattle Symphony kicks off its new season with a three-week-long focus on Dvorák, Sept. 18 through Oct. 5. Three different programs will present the Seventh, Eighth and Ninth Symphonies in tandem with works by other composers.

“Dvorák has many different voices, and I wanted to highlight his last three symphonies alongside very specific repertoire by other composers, each of them quite different,” says Seattle Symphony music director Ludovic Morlot.

Thoughtful programming is one of the conductor’s specialties. Morlot has paired the “New World” (the last of Dvorák’s nine symphonies) with music by Erich Wolfgang Korngold, another figure who straddled the Old and New Worlds. Korngold saw huge success as an opera composer in Vienna until Hitler’s Anschluss. After that, he carved out a career as an influential Hollywood composer.

The Eighth Symphony reflects a fascinating chapter in Dvorák’s legacy. He penned it in 1889, before he ever crossed the Atlantic. The Eighth Symphony’s charms differ from the thrilling ambition of its predecessor (the Seventh, which he wrote for his supporters in London, will share its Seattle Symphony program with Wagner and Tchaikovsky) and it’s at least a continent apart from the heaven-storming, tragic grandeur and fierce fanfares of the “New World.”

“In the Eighth I find Dvorák to be lighter and more French-sounding,” Morlot says, so he decided to set it off with a shimmering soundscape by modern French master Henri Dutilleux. (Morlot’s expertise as a Dutilleux interpreter has been featured in concerts and on the Symphony’s new in-house record label.)

No one else synthesized the symphonic tradition of Brahms with the emotional tug of Wagner—composers representing two “enemy camps” according to the cultural politics of his time—as persuasively as Dvorák. Yet aesthetic narrow-mindedness and class snobbery about Dvorák’s humble origins led to patronizing judgments of his work. “He was called a ‘peasant’ in music,” says Morlot. Because of that image, Dvorák is sometimes taken less seriously than he deserves.

His music prompts fascinating questions of identity. While teaching at a progressive new conservatory in New York that had recruited him, Dvorák advocated celebrating the African-American and Native-American experience as sources for vital and authentic American music. His “New World” Symphony reflects those ideas.

At the same time, Dvorák’s “American” works bear traces of his Bohemian self-identification—another marginalized culture, from the perspective of the Habsburg Empire. And back in his native land, he reinvigorated the mainstream German-Austrian musical tradition by drawing on Czech idioms that were typically regarded as “exotic” flavorings of local color.

Given Morlot’s ability to draw out nuances of color, rhythm and phrasing from a score, the festival will likely open ears to the fuller dimension of Dvorák’s real achievement as a master of the orchestra.