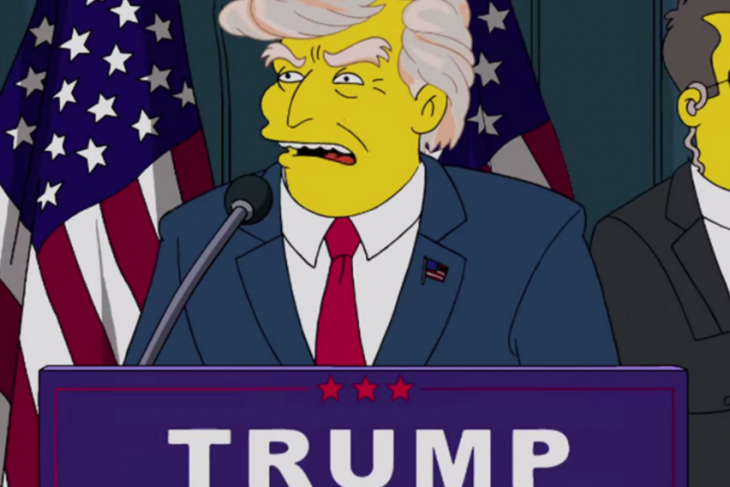 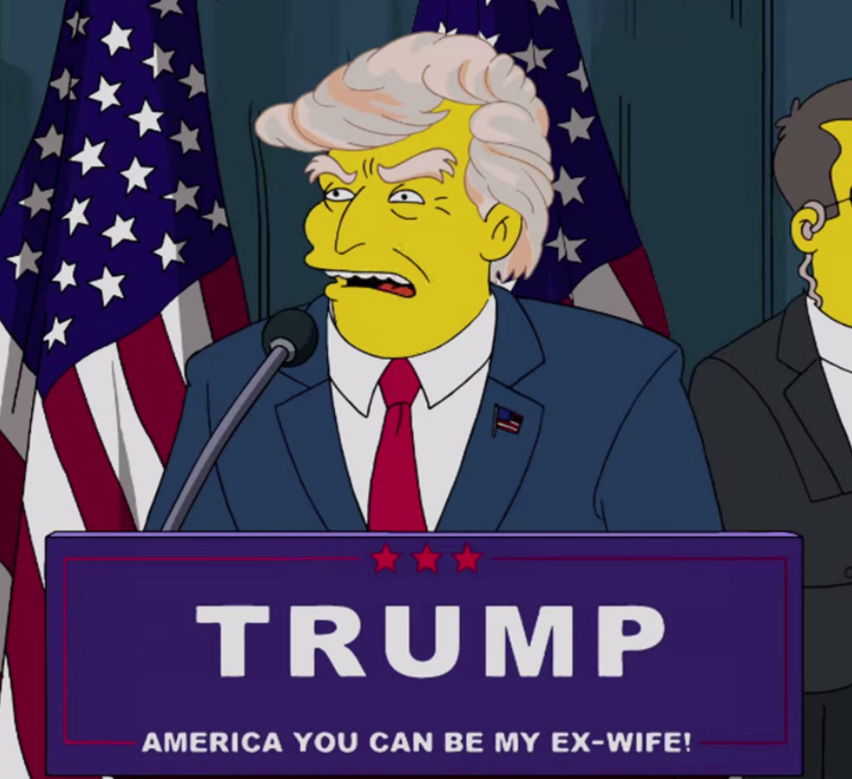 When an unknown Senator from Illinois named Barack Hussein Obama rose to the Presidency in 2008, the point was often made that his path was paved by a generation of “respectable” post-Civil Rights Era pop-culture representations of African Americans. With entertainers like Bill Cosby and Michael Jordan capitulating their way into middle America’s living rooms, this line of reasoning went, an equally articulate politician with a similar knack for appearing non-threatening parlayed their gains on TV on television’s box of light and wire into a triumph at the ballot box. As America’s airwaves attuned to the sight of acceptable-seeming Black Americans like the Winslows on Family Matters, our culture became our politics.

And so we look to culture to explain the electoral arrival of Donald Trump, an attention-seeking black hole who once predicted he’d rise to the presidency by commanding headlines and compromising the country’s establishmentarian orbit. “I’m going to suck all the oxygen out of the room,” President-elect Trump once told a political consultant in 2013. “I know how to work the media in a way that they will never take the lights off me.” Actually, the lights have been on a long time.

Presidential elections are quadrennial occasions where politics merge with popular culture. To win, candidates access cultural scripts that describe a national mood, and then advance policies that address that mood. The winner not only convinces the most people that their vision for the republic is the best, but also most accurately diagnoses the state of the country at the start of the contest. In this exercise, the President-elect had a leg up. The “normalization of Trump” decried the day after his election began decades ago. While Hillary Clinton struggled to convince the electorate that a woman could run the free world, Trump enjoyed the benefit of decades of “lovable” TV bigots before him.

A pencil graph by artist William Powhida places Trump on the same cultural continuum as Archie Bunker and Homer Simpson. Of course, only the crudest and most inaccurate culturalist analysis would pin a Trump Presidency on television alone. Leftists in search of answers before the next round of federal elections would do better to remedy voter suppression in key swing states, as well as the Democratic Party’s historic failure at fusing the politics of the “working class” with those of people of color and the growing population of maturing Millennials. Nonetheless, something about a Trump triumph—predicted as it was by The Simpsons in 2000—feels like a bizarrely familiar, post-truth political farce.

Trump’s dark vision of America’s inner cities was first painted by Cops in 1989; his contrived economic populism is a tired copy of man-of-the-people movies like Dave and Mr. Smith Goes To Washington. Meanwhile, the assertion that he alone can fix these problems—which President Obama called a throwback to the days when colonial America still believed in the “divine right of kings”—was torn out of the playbook of fascistic superhero films where power is concentrated in the hands of a privileged few. A chameleon of late-capitalist populism, Trump referenced these cultural scripts, posing as the answer to all of America’s problems.

Two political stopgaps for this phenomenon were supposed to be Millennials and women. But here again popular culture provided clues that Hillary Clinton was a vulnerable candidate. Bloomberg reported that Trump secured 48% of the white vote in the 18-29 age group (compared to 43% for Clinton), and so we recall that Martin Shkreli, too, is a Millennial, and that enough of the generation was subject to neoliberal propaganda like G.I. Joe and Top Gun to render their political behavior unpredictable. And in the most-discussed demographic development of the election cycle, Trump captured 53% of the electorate’s white women. Where their counterparts of color voted as expected (as a bloc for Clinton), white women stunned observers by embracing a self-avowed sexual predator who disparaged women and ethnic minorities.

For media critic Jennifer Pozner, Trump’s central role in The Apprentice furthered a culture of distrust, judgment and racial stereotypes among women who compete for masculine attention. “Reality TV lays the groundwork of jealousy and insecurity by telling women that every other female is their natural adversary,” Pozner wrote in her 2010 book Reality Bites Back: The Troubling Truth About Guilty Pleasure TV. In this survivalist context, a hyper-articulate woman with a history of achievement in male fields, a sexually coveted husband and a trumped-up reputation for being “untrustworthy” was likely to get voted off the island. White womanhood’s historical role in perpetuating racism by maintaining the boundaries of patriarchy—a phenomenon chillingly depicted by Sarah Paulson’s performance as a plantation wife in 2013’s 12 Years A Slave—didn’t help.

Despite the prevalence of “empathize with Trump supporters” narratives like Arlie Hochschild’s 2016 book Strangers in Their Own Land, the future does not belong to racist white women, or to the 63% of white men who voted their interests by voting for Trump. Instead, as political theorist Mike Davis observed, the most viable path to victory for Democrats rests with working class Millennials of color. Seen this way, the comparatively low voter turnout among this social segment is a much bigger area of improvement than centrist white voters. And the culture of political disengagement that often passes for “cool” among Millennial people of color in the gig economy is a much bigger problem than “alt-Right” vectors like 4chan or Breitbart.

An eloquent spokesperson for the #BlackLivesMatter movement, San Francisco 49ers quarterback Colin Kaepernick eagerly stated that he didn’t vote in the 2016 presidential election because he didn’t believe his vote mattered. But Trump’s win in Kaepernick’s home state of Wisconsin was decided by a smaller margin (27,000 votes) than the amount of voters barred from casting a ballot by the state’s restrictive voter ID laws (300,000). So the ballot matters despite Kaepernick’s assertion to the contrary, and it matters despite Urban Outfitters’ 2004 campaign to convince college-age Millennials that “voting is for old people.” If Democratic turnout was anywhere near the levels of ‘08—when 69 million voters showed up for Obama, as opposed to an estimated 62 million for Clinton—we’d be searching for the cultural determinants that pointed to the country’s first female president. Instead we’re searching for solutions.

As Seattle author Ijeoma Oluo wrote, “We need to create a culture that won’t vote for Trump.” But now that he’s in office, we’re charged with the task of inventing a culture that can successfully oppose him. Politics can stop or encourage economic shifts that set societal changes in motion. Culture then shows up to calm our nerves, explain away our anxiety or prime our imaginations for upheaval. Music critics like to say that punk thrives under Republicans. But we’re past due for a culture with clean, commodifiable labels. Facing a threat to democracy that even President Obama is struggling to define, we need a new mode of expression. Our culture got us here, and if we’re to endure, our culture must get us out.