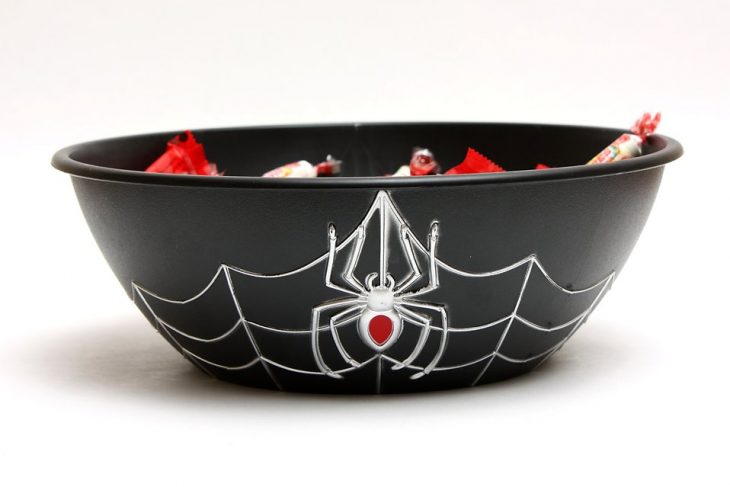 Halloween is Christmas for Champion Party Supply, the big costume warehouse store in Interbay. It starts in January when they order the year’s new costumes, many licensed from blockbuster movies that haven’t yet premiered. The rush begins in late September with a steady trickle of ambitious souls who know exactly what they want to be for the holiday. So far this year’s star is the clown from It—they’ve been selling out of clown masks and observing sustained demand for red helium balloons. Throughout October the throngs pour in, right up until the last procrastinator heading to a party late on All Hallows’ Eve.

Erik Warren is working his twentieth year in the costume biz. A sturdy, dark-haired man with a symmetrical array of facial piercings and a brisk but warm demeanor, he started at Champion as a seasonal temp and worked his way up to general manager. Warren is a theatrical makeup whiz for stage and screen, most recently for Wes Hurley’s Capitol Hill web series and last year’s drag cabaret Ms Pak-Man: On My Last Heart. From his vantage point at Champion he’s observed the phantasmagorical id of the city for the better part of two decades.

“We’ve been getting a lot more kids—I remember Seattle back in the day when you’d never see a child!” he laughs, “I think it’s the gentrification of the whole city and Amazon moving in, lots of families moving here domesticating everything.” He points to a large wall of child-sized costumes next to the pet section. “This used to be a little end cap.”

Trends hew closely to each year’s major entertainment touchstones, but not all of Hollywood’s offerings take hold in the national psyche—Ant Man and Green Lantern were notable recent flops, and Warren predicts that this year’s revamped Spider-Man with throwback glider-wings won’t sell as well as the classic webslinger. “People still gravitate to the original look,” he says.

Inevitably, politics intrude on this year’s fantasies. “We’ve been selling a lot of Trump masks which people are bloodying up and making into severed heads,” he says. Customers have been using Kathy Griffin’s infamous beheading photo as a reference.

He’s got an array of Wonder Women, both the classic and the updated movie version, as well as Harley Quinn, the baseball bat-wielding consort of the Joker from last year’s Suicide Squad, and Gamora, the green-skinned space warrior from the Guardians of the Galaxy franchise. “They have a more dominant character; they’re sexy but not risqué-sexy. They’re not trying; they just look good.”

“The weirdest thing is when we rent, like, a bunny costume and it comes back with holes in it,” he laughs, arching his eyebrows. “We see it all here. A lot of people will straight-up strip naked, put it on right here in the aisle, pay and leave.”

Warren sees Halloween as the average person’s first opportunity to safely try out a new identity, to visualize a different self—sexual or otherwise. He sells men’s costumes to women and vice versa. One sizable costume subcategory adapts familiar female characters for men—for example, “Bro White,” a takeoff on the Disney princess.

“Some people might be doing it because they want to work out a kink. I also get a lot of pre-transgender people who are testing things out. [Halloween] is the first time they can wear something they want to wear. You have that fantasy freedom; you can be whatever you want to be. It’s not what I’d call fetish. It’s more personal.”