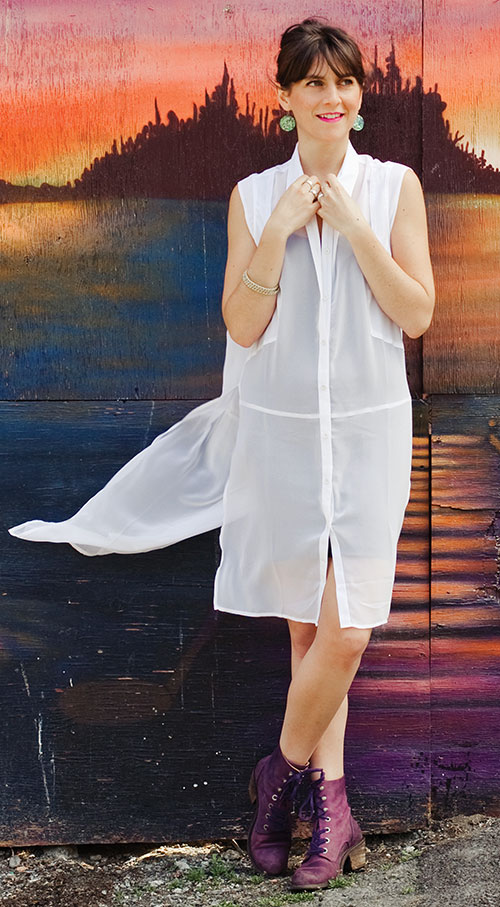 WHO Molly Sides, the 25-year-old multidisciplinary artist from Ketchum, Idaho. Sides arrived in Seattle in 2006 to study dance at Cornish College of the Arts and since graduating has shared the stage with Northwest performance companies like tEEth, New Animals and Lingo. Recently Sides added curator to her resumé: She’s the brains behind Trigger. New Dance Happenings, a quarterly event that puts dancers in non-traditional settings like Vermillion Gallery, Love City Love and the lobby at On the Boards.

AND ROCKSTAR In her off time, Sides shreds the stage in knee-high, lace-up stilettos and spike-studded brassiere as the smoldering voice of four-piece band Thunderpussy. “Thunderpussy is my love affair with rock ’n’ roll. I grew up singing in choir and musical theatre productions. I’m a feely-lovey person and I want to share an experience with you, not just show you.”

AESTHETICS “I love red lipstick and velvet and [have] an obsession with shoes—particularly Fluevogs. I still like to think a pair of shoes makes an outfit. If I were born in a different era, it would have been during Prohibition. You know, put together classy on the outside with layers of lace, silk, velvet and fringe underneath. I like layers and the peeling away of them.”

NEXT Sides’ new solo performance, “I Once Was My Father,” plays at On the Boards’ NW New Works Festival on June 14 and 15. She’s finishing recording on Thunderpussy’s first album and the next Trigger is slated for July, location TBA.