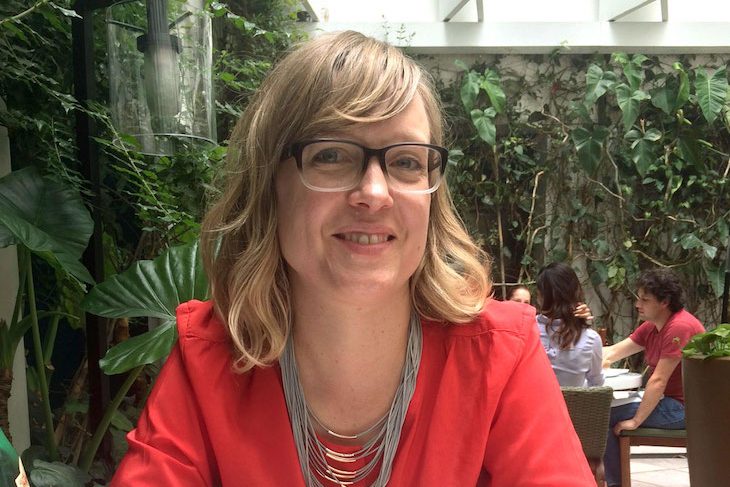 This fall the leadership shake-ups announced by Seattle organizations have been coming fast and furious, and the sense of change in the air is palpable. While we’re sad to see some longtime champions of Seattle art go, we’re delighted to see where this next generation takes us. Here’s what (and who) is coming down the pike.

Rachel Cook has been named the new artistic director at On the Boards, following longtime AD Lane Czaplinski’s departure earlier this year. Cook, who will start at OtB in January 2018, comes to Seattle from Houston, where she was Curator at DiverseWorks, an artist-driven contemporary arts venue dedicated to commissioning, producing, and presenting innovative new work in all art forms. Cook said in a statement, “I am eager to begin getting to know everyone better and initiate collaborations with artists and the community to further re-imagine how a contemporary performing arts organization can contribute to the critical discourse about art and the world we live in today.”

After nearly 18 years as executive producer and artistic director of 5th Avenue Theatre, David Armstrong will step away from his position at the end of this 2017/18 season. “I have decided it is time to let go of the day-to-day responsibilities of running a large theater company so that I can focus more effectively on my creative work as a director and writer,” Armstrong said. Producing artistic director Bill Berry and managing director Bernadine C. Griffin will take over company leadership, and Armstrong’s role will not be replaced.

Simon Woods, who has led the Seattle Symphony as President and CEO since 2011, will leave in January to become the CEO of the Los Angeles Philharmonic. An international search for his successor will begin following the formation of a search committee, led by board chair Leslie Jackson Chihuly and Chair-Elect René Ancinas. Woods’ departure follows close on the heels of the announcement that current SSO music director Ludovic Morlot will leave Seattle at the end of the 2018/19 season, to be succeeded in that critical role by Thomas Dausgaard, SSO’s principal guest conductor since 2014.

Longtime Seattle arts champion Tim Lennon, who became the first executive director of The Vera Project in 2015, will now become the first executive director of LANGSTON, the new non-profit arts organization housed at the Langston Hughes Performing Arts Institute. His tenure begins January 3, 2018. “In partnership with the local and broader community, we will build upon the existing legacy and further cultivate Black brilliance through robust arts and cultural programs,” Lennon said.

Out at Issaquah’s Village Theatre, longtime artistic director Steve Tomkins recently announced that he will retire at the end of this season. “It has been an amazing journey,” Tomkins said. “These past 25 seasons have gone by in a blink of an eye.” When his tenure ends on May 31, 2018, Tomkins will have directed 64 mainstage productions at Village, many of which he also choreographed.

Jerry Dixon, his successor, is a frequent Village collaborator who has worked with the company as a director since 2006. Dixon also brings experience directing at venues such as Carnegie Hall and The Lincoln Center. As a performer, his credits include Once on This Island, Five Guys Named Moe and If/Then on Broadway, as well as off-Broadway sensation Tick, Tick… Boom!, by Rent creator Jonathan Larson.

And as we previously reported on this site, Jennifer Zeyl, longtime local theatre-maker and Intiman’s artistic producer for the last three years, will take over as artistic director of Intiman when current AD Andrew Russell’s time with the company ends next month.