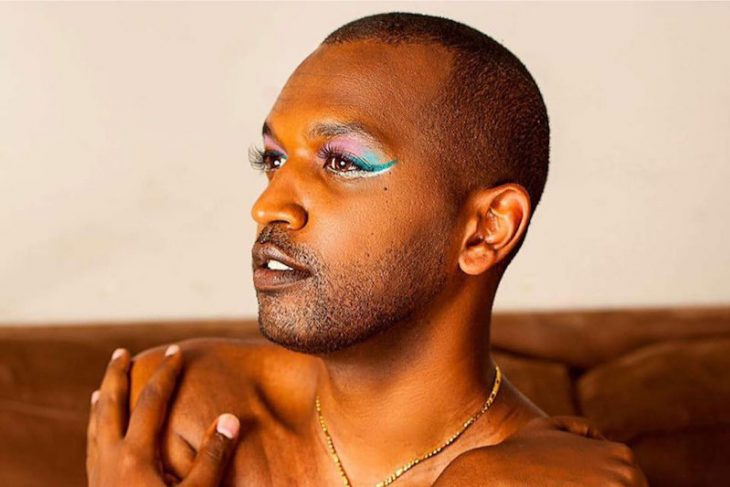 Welcome to my column. It’s been a busy week and everyone’s walking around traumatized by several different things, so let’s get right into it. Here are three items worthy of your attention in the world of comedy this week.

Solomon Georgio
Former Seattleite Solomon Georgio has been ripping it up down in LA since leaving here five years ago to follow his dreams. In 2015 he made his national television debut on Conan and a handful of other shows and last year he was featured in an LA Weekly cover profile. This month he released his first standup album and his first Comedy Central half-hour special. Perhaps most impressive to my inner child, he’s also done some writing for Spongebob Squarepants. This week Georgio made his return to Conan to perform this set:

To think it all started right here in Seattle on Capitol Hill, when a fledgling Georgio tried his hand at standup at The Stranger Gong Show in 2007. David Schmader, who hosted that show, had this to say about the currently red-hot comedian:

“He was sweet as hell and seriously funny and he came in second to an (admittedly awesome) air band. The next year he showed up to compete again (an exceedingly generous gesture) and rightfully took first place. His wit, fearlessness and careful hilarity make him one of the best standups I’ve seen. The fact that he’s a totally in-your-face homo who cut his teeth at a stupid Gong Show I hosted is icing on the cake.”

Christina Walkinshaw
In the past couple weeks the #metoo hashtag exploded on social media, revealing the vast ubiquity of sexual harassment and sexual assault perpetrated on every woman you know. As they say: If you don’t know—which is pretty damn hard to believe—now you know. Amid the continuous avalanche of revelations about Harvey Weinstein and Bill O’Reilly, it’s worth considering the ways in which show business is a ripe field for male predation. Comedy, in particular, is a haven for some of the worst types of behaviors, from producers and club managers leveraging stage time for sex to the many ways in which female comics are constantly objectified, pitted against one another and used for paper-thin feminist cred by dudes with bad intentions. I’ve seen all of these behaviors play out right here in Seattle, and some of it I’ve enabled with my silence or passivity or willingness to give the benefit of the doubt to a male peer.

One overlooked manner in which female comics face constant harassment is from the audience. Some jerk in the crowd shouts “Show us your tits!” before the comic even has a chance to tell her first joke. Being onstage is already a particularly vulnerable state, and attempting to make strangers laugh in the midst of an active harassment incident must be one of the most awkward and infuriating positions a performer could ever be put in. I’ve got towering boatloads of respect for the women who somehow manage to navigate these situations with a grace I’ll never know.

Christina Walkinshaw recently wrote an insightful and honest account of one such incident. After a table full of drunk guys at a casino show interrupted her set with chants of “Show us your tits! Show us your bush!” she hesitantly and respectfully brought it up with the management after the show. The result? The casino barred her from working there again. If you want a nuanced and psychologically revealing look at the inner struggles of being a female comic, check out what she wrote.

Andy Kindler
Finally, I must call your attention to the brilliant Andy Kindler, who performs at Laughs Comedy Spot this Friday. Kindler is one of the most unique and hilarious comedians in the world. His act is best described as a self-deprecation decathlon, and Kindler is the undisputed gold medalist. It seems that the only thing Kindler loathes more than himself and his career is bad comedy, which he skewers every year in his State of the Industry address at the Just for Laughs Festival. (I’ve gushed about him previously.)

In general, Kindler reserves his excoriating wit for some of the modern age’s most well-deserved—though admittedly boutique—targets: Ricky Gervais’s ego, the obnoxiousness of New Atheists, the celebrity-stroking Jimmy Fallon.  To see Kindler dig his comedic fangs into a worthy target on Twitter is truly a thing to behold. As it happens, he was recently a guest on the Mental Illness Happy Hour podcast where he got pretty deep into the psychology behind what he calls his “Twitter OCD.”

You might know Kindler from his recurring role on Bob’s Burgers or from his frequent appearances on The Best Show. Personally, he’ll always hold a warm space in my heart for his work on Dr. Katz, Professional Therapist. Here’s one in which he kvetches about—what else?—bad comedy: