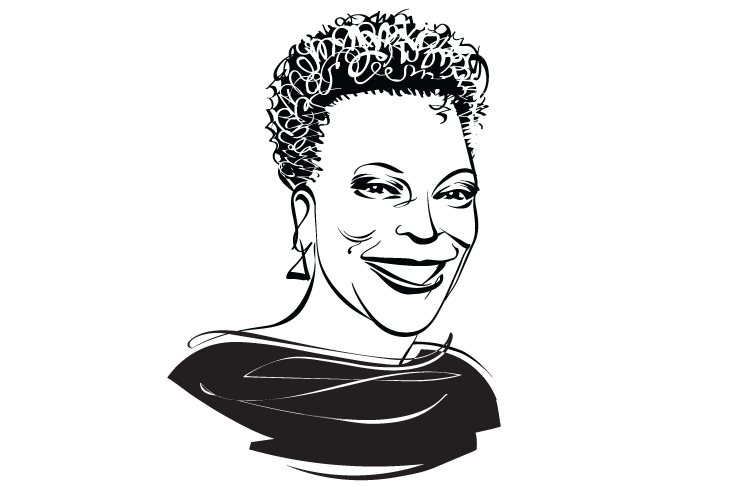 Walk into Vivian Phillips’ two-story brick home in the Central District and all the touchstones of the African diaspora are there to greet you. Black art adorns the walls, Fulani cloth is draped across tables and an array of books, masks and tapestries showcase a certain Afropolitan décor. Considering the rapidly changing demographics right outside, Phillips’ home is refreshingly black.

Currently the Director of Marketing and Communications for Seattle Theatre Group, Phillips is a longtime arts advocate. She previously managed the Langston Hughes Performing Arts Institute, served as communications director for former Mayor Paul Schell and co-founded the  Hansberry Project. Last year, Phillips became chair of the Seattle Arts Commission (of which I am also a commissioner). We recently chatted about the state of black arts in this city.

Is Black History Month still important?
It always will be. It’s a time when we get to be unapologetically black. And I don’t know, but it feels like those opportunities are shrinking instead of expanding. It feels like we are under attack, all the time.

Have you seen an uptick in the Seattle area of organizations or people doing more for Black History Month than in the past?
Not necessarily. The Central Area was 73 percent African American when I was growing up in this community. There were black owned businesses everywhere. Black bookstores, Black Arts/West [theatre], black artists, black festivals, the black community festival, so there was always a lot happening. It feels more formal now. And when I say formal, I mean a lot of organizations picking it up as an official Black History Month event as opposed to it being February and we’re celebrating our blackness at a meter rate that’s higher than what we did in January or December.

Is there anything missing from the black arts community that you’d like to see more of?
Patronage. There aren’t enough black people. How can we get more black people back into the city? Or to be willing to commute into the city for events. It takes investment—the livability, affordability in the city—I get it. I swear I get it. But it’s not like we have five boroughs. Or maybe it is. Maybe Kent, Auburn, Federal Way, Tukwila and Burien are now the boroughs of the black community. I’ve never thought of it that way. But we still need to hold on and support what has always existed in the core of the city. We can’t just throw that out. The biggest challenge is loyal patronage, supporting one another with our dollars.

Who are the black artists here that you feel more people should be paying attention to?
Gilda Sheppard, as a filmmaker. Rahwa Habte as a leader who can make things happen. I think [painter, writer] Barbara Earl Thomas is under-appreciated. [Theatre director, professor] Valerie Curtis-Newton without a doubt. I’d like to turn our gaze back to [visual artist] Al Doggett. [Painter, poet] Delton Mosby. [Chef] Tarik Abdullah is really intriguing to me. I’m enjoying watching him work. I think [poet, curator] Yonnas Getahun is doing interesting things. [CD Forum executive director] Sharon Williams is doing good stuff and [violinist, professor, producer] Dr. Quinton Morris. If I had to pick just one person I’d say Valerie Curtis-Newton. Watch her. Just pay attention. Because other people aren’t paying attention.

Are there any black artists from this city that you feel have been forgotten?
Wait, how old do you think I am? [Big laugh] I’m thinking of music specifically. There were lots of music groups. I think about Cold, Bold, & Together (CBT). Tony Gable was the bandleader. Kenny G played with them. Epicenter was big. That was Bernadette Bascom’s group. Acapulco Gold. She played with them as well. That was really good music that people don’t talk about anymore.

Why aren’t there more black professionals on staff at arts organizations in this city?
I think people get tired of trying. They go into these environments, they get fed up and they leave Seattle. People might feel like they are not in a tenable situation if they are going to grow, I mean really going to be challenged and embraced. People don’t stay. We’re always in the community engagement, outreach, education department, right? That’s kind of the three tiers for the black arts leaders in Seattle. And I’m sure that there are systemic institutional issues that lead to that.