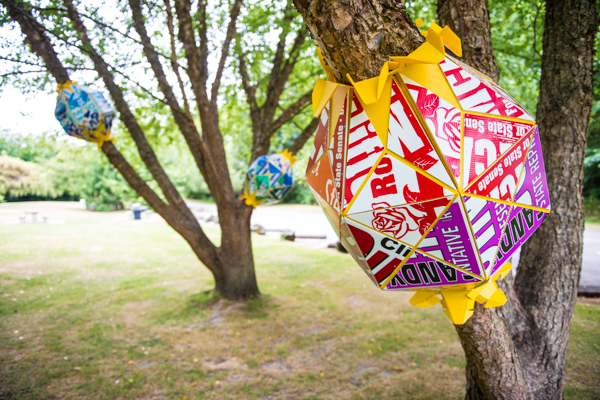 For the fifth consecutive year, the Center on Contemporary Art (CoCA) has teamed up with the Seattle Parks and Recreation and the Carkeek Park Advisory Council to install temporary artwork in the forest of Carkeek Park. In addition to the obvious reference to climate-change adaptation, Acclimatized: Heaven and Earth 5 hinges on the skill of 14 intrepid artists in placing various eco-artworks in the park that are designed to withstand the intensity of scrutiny by an estimated 100,000 summer visitors to the park. Acclimatized, which runs from from July 13 – Oct. 20, is one of the region’s only venues for site-specific artwork in an urban forest setting where part of the exhibit includes a walking tour of an hour or more.

Elizabeth Gahan’s “Tree Pods” are part of a current series called Synthetic Growths in which she uses corrugated plastic, colorful vinyl and found advertising to create installations informed by both urban constructions and natural environments.

Alan Fulle’s “Peace Tower,” is a follow up piece to his work in Heaven and Earth 4:Rootbound, “Four Noble Truths.” 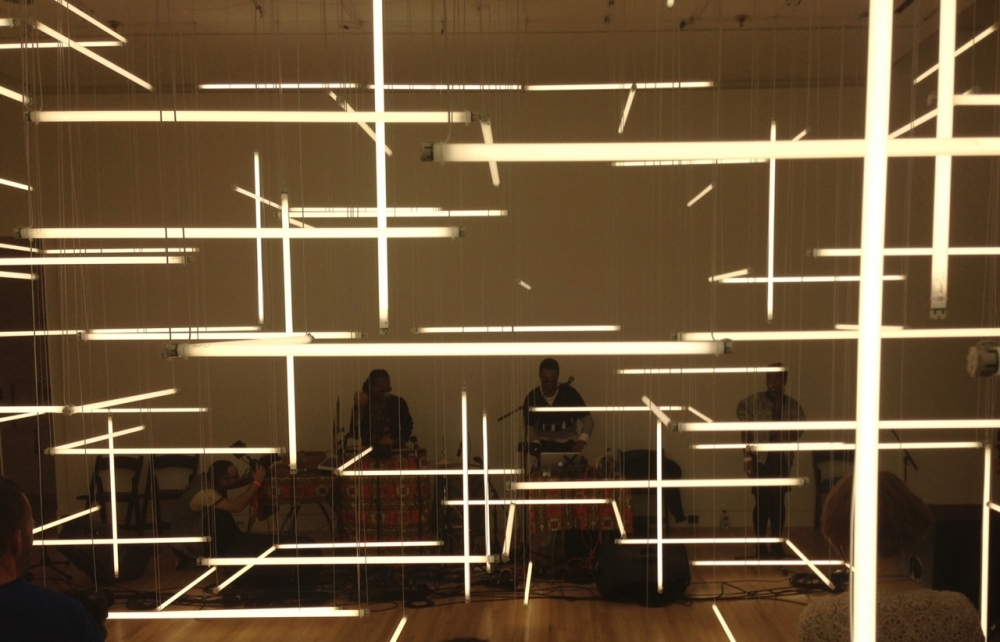 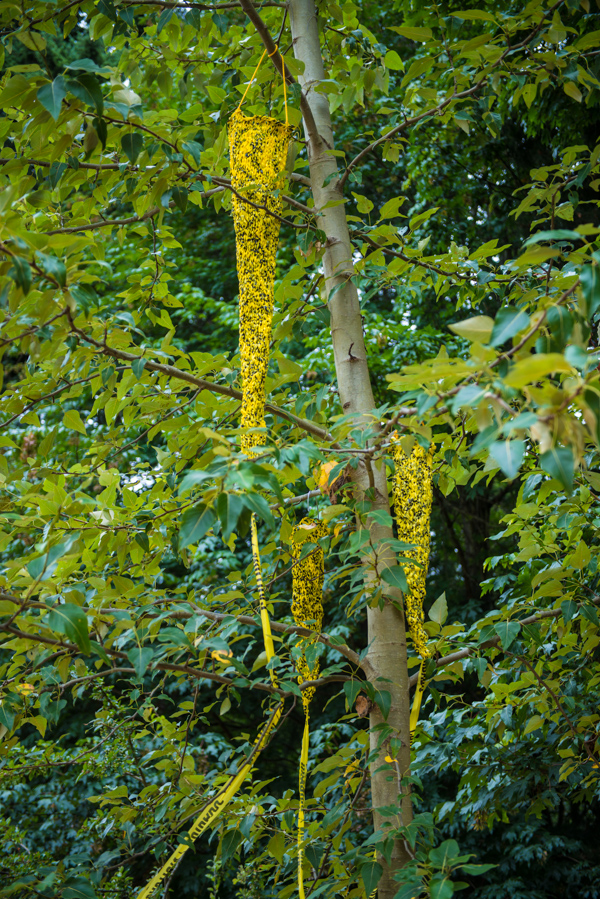 Suzanne Tidwell’s “Half Court Croquet” is an interactive art installation designed to engage the viewer in free play. 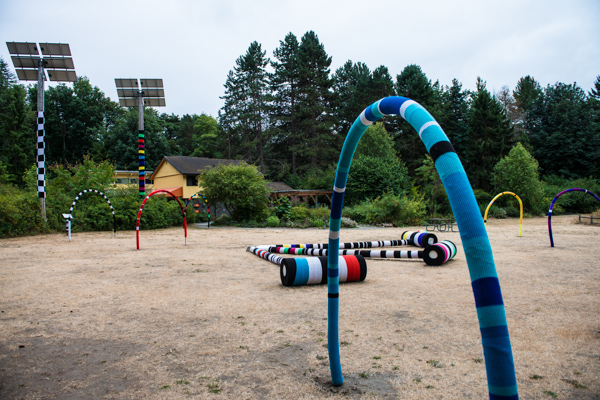 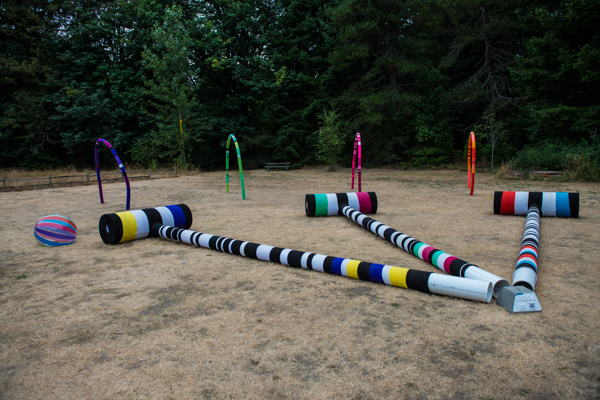 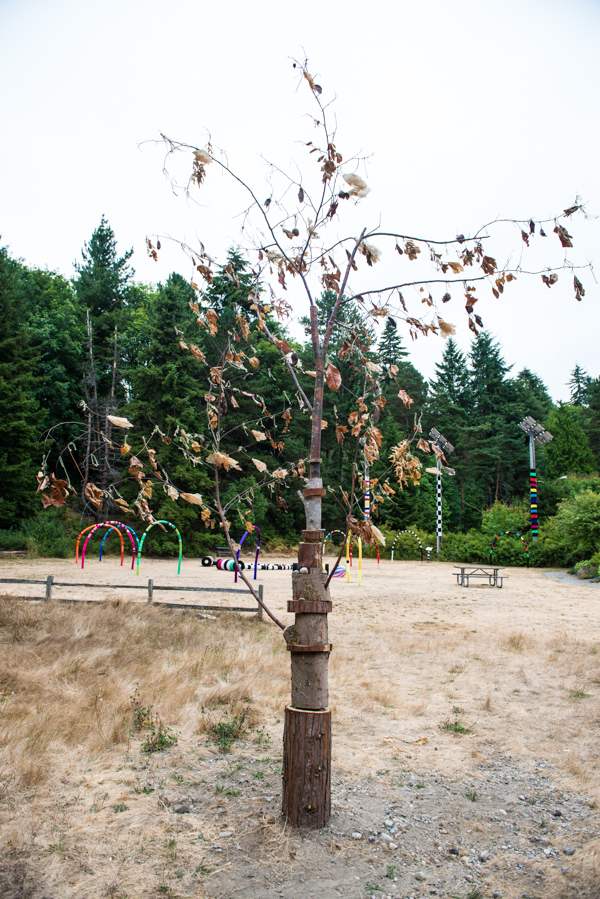 “The Lau Event” is by Aaron Haba From Camano Island, WA. 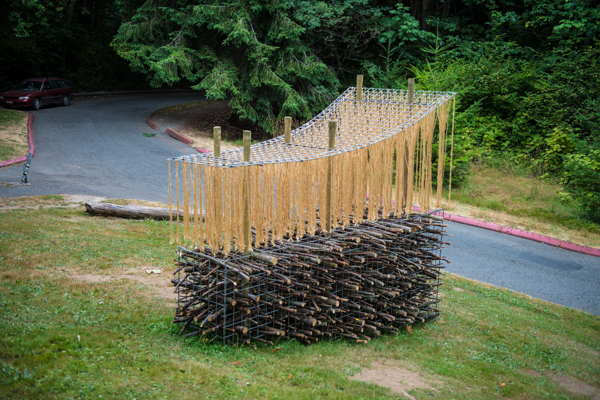 Ingrid Lahti of Mercer Island, WA, is the artist behind “Galaxy M51.” 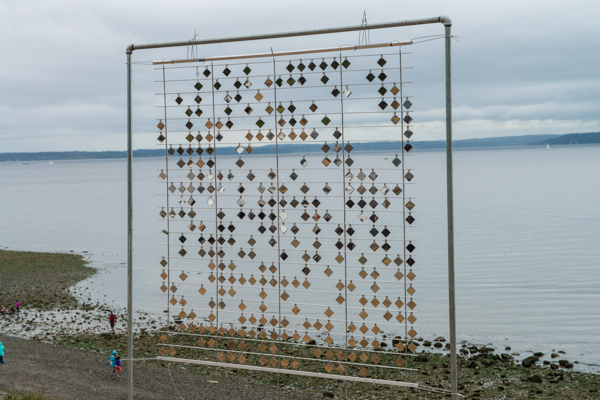 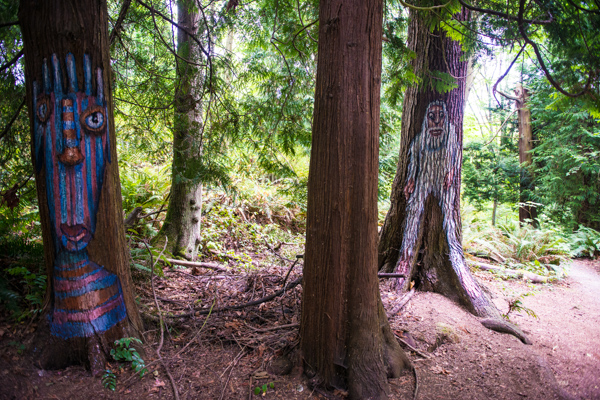