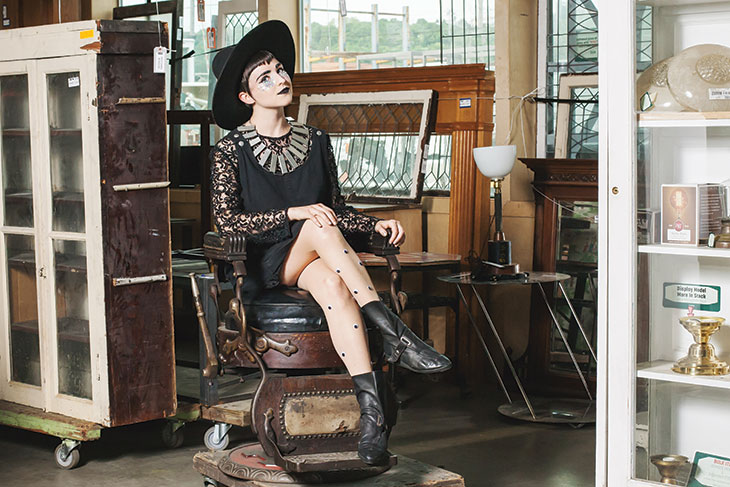 WHO Mary Anne Carter, the 27-year-old artist and designer who also works as the outreach manager at Second Use Building Materials, an architectural salvage yard in SoDo. The North Carolina native moved to Seattle five years ago after a semester studying journalism and art history in Amsterdam. “Seattle offers a general enthusiasm for self-expression that often gets overlooked when people criticize our art or style scene.”

THE LOOK “First and foremost a hat, followed by a glaze of body glitter, googly eyes, confetti and tinsel, wrapped in a black shroud—and in the colder months, a cape. I like to think of my style as an opportunity to photobomb the art installation that is my life. As a child, my dad would complain that I didn’t know the difference between clothing and costume. He also told me I reminded him of Divine from Pink Flamingos. I’d never been so touched!”

UP NEXT In addition to expanding a product line of hand-screenprinted textiles, apparel and accessories that feature her trademark sparkly, spooky patterns and finishings, in mid-June Carter will be teaching a salon on visual art and poetic structures at the women’s writing retreat Hedgebrook and collaborating with Nevertold Casket Company to design a line of patches and travel accessories.