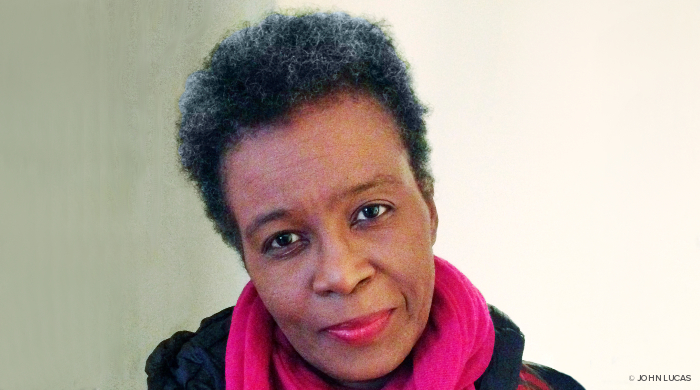 You are sitting outside McCaw Hall on a Friday evening. Inside, poet and critic Claudia Rankine is about to give a talk based on her recent book, Citizen: An American Lyric (2014), which won, among other prestigious awards, the National Book Circle Critics Award in poetry and was a finalist for the National Book Circle Critics Award in criticism, the first book to achieve such a distinction. You have seen Rankine speak before, in another city, and she was wonderful—elegant, composed, quietly burning beneath a veneer of polite academic formality. You have read Citizen, too, and it was excellent, unflinching in its depictions of white/black relations in this country. You have read her and you are interested in her, but tonight you have come to observe something else: this city, this crowd, this context.

You have spent the afternoon with a friend. You met in a bar in a neighborhood that is mostly Asian, Latino and black but whose demographics are changing. The bar was a gentrifier’s bar: Its menu featured roasted bone marrow, truffle liver mousse and Brussels sprouts that were inexplicably deep-fried. On this day—and on most days, you wager—almost all of the patrons were white. Your friend, who was born and raised in the neighborhood and who still lives here, is black. One of the patrons was particularly memorable—he wore a blue polo shirt with a popped collar and boat shoes with no socks. You could feel your friend’s disgust at this man rolling off of him in great, undulating waves. You, too, felt disgust, but it was more fraught: You are white, “ethnically ambiguous,” as a friend of your friend will say, often mistaken for brown. Your ancestors passed into whiteness decades before your birth, meaning that your racial privilege ebbs and flows depending on your situation, your surroundings, your context. And you were not raised in this neighborhood, either, although you live here now.

At the bar, you and your friend talked about Rankine. You had both came to Citizen with great excitement. It spoke to an aspect of contemporary racial experience with which you were both familiar, to varying degrees: the microaggression, that peculiar unit of prejudice that is almost too slight to identify but so powerful as to leave one speechless, stunned, injured. You were excited about her book then, but you feel less certain now. In the year since you read it, Rankine’s book has been largely embraced by the white literary mainstream. Is there something about her work, you and your friend wonder, that is subtly placating to the white imagination in ways that you both have missed?

Outside McCaw Hall, the crowd milling around outside is mostly white. The last time you saw Rankine you were living in Atlanta, a city that is majority black. You like Rankine, but you have come for the crowd. Last month, you attended a talk by the novelist Teju Cole at Town Hall; near the end of his presentation, he spoke about the work yet to be done in dismantling white supremacy. You watched as a few people stood up to leave. A few months earlier, you went to the Hugo House to watch poet and critic Maggie Nelson speak. During the Q&A, her talk veered away from gender and sexuality into race. Again, a few people stood up to go. Were they protesting? Or was it simply a question of bad timing? It was impossible to know. That this is even a question in your mind speaks to the enduring difficulties of engaging with racial issues in this city, where you were born and raised, which you left, and to which you have now returned. 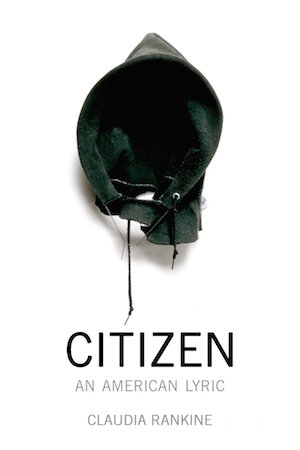 You head inside. When Rankine takes the stage, she is radiant: turquoise scarf coiled beneath a shock of white-streaked black hair. She begins with the image on her her book’s cover: The notorious “hoodie,” a sculpture by the artist David Hammonds, she tells us, made not in response to the killing of Trayvon Martin, as some people believe, but around the time of the beating of Rodney King. More images: a basketball hoop adorned with chandeliers, a picture of Hammonds selling snowballs on the street. She reads from her book, prose poems written in the second-person which recount instances of racial aggression and misunderstanding. Our culture is based on segregation, she says. This shows itself in the neighborhoods where we live, in white flight and in gentrification, which necessitates another kind of flight. The audience hangs on every word. She is soothing, composed. She is placating, yes, but also illuminating.

More images, more poems. Then she plays a short film, a compilation of all of the horrifying videos you watched last summer around the time of the killing of Michael Brown. The man shot in the back by the police officer in South Carolina. The man harassed in Minnesota by a cop for walking down the street. The woman pummeled mercilessly by the side of a highway in California by yet another officer of the law. In the video, Rankine recites a poem of precise and penetrating beauty that is simply overridden by the images of violence. You near tears. You are participating in a collective act of mourning, grief for the racial violence and dysfunction so endemic to your culture.

Perhaps the presentation should end there, but it doesn’t. During the Q&A, Rankine is, as ever, graceful and charming as she volleys with local poet Claudia Castro Luna. People, by which I mean white people, are not living in the same reality as before because of the iPhone, Rankine says. We need to do what Germany did, she says. Stay proximate, she says. She offers a few parting words. We need to recognize that everyone’s a person, she says. Participate in the ethical structures of the life around you. Shape them by being a part of them. The audience claps. No one leaves.

You file out of the auditorium with the others. You are overcome with a distinct sense of gratitude. You are grateful—for having seen her, for being part of this crowd. You feel briefly united with the people who surround you. You know that this is a rare and precious thing.

As you make your way back to your car alone, you think about what you have heard. Participate in the ethical structures of the life around you, Rankine said, and of course she is right. But you wonder if recognizing that everyone is a person is sufficient to disrupt the vast machinery of racism. In the bar this afternoon you and your friend were treated with nothing but respect—no trace of microaggression there. And yet that bar, by reason of being, does damage to the place that surrounds it. And if not that bar, would it not be another, and then another? Is there not more violence besides what individuals do?