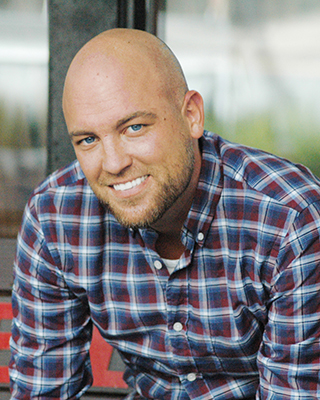 Cory Michaelis is a 35-year-old standup comic from Everett who quit his job teaching at Cascade High School this year to pursue comedy full-time. The previous year he finalized his divorce. (“I married my high school sweetheart,” he says, “and she did not.”) He’s plunged head first into a potentially harrowing life/career transition and so far, results have been promising. He was a finalist in the Seattle International Comedy Competition in 2014 and his monthly comedy showcase, Everett Comedy Night, is still selling out regularly in its third year. He now tours nationally and this weekend he’s headlining for the first time on his home stage, Tacoma Comedy Club.

In his act you can glimpse the qualities that must have made him one of the “cool” teachers: a caustic sense of sarcasm—the very air teenagers breathe—and a breezy resolve to not take adulthood too seriously.

I asked Michaelis a few questions about comedy and teaching.

How long have you been doing standup? How’d you get into it? What was Seattle comedy like when you started? Who did you look up to?
I’ve been doing stand up for seven years and got started with a workshop/class at the University of Washington Experimental College. A teacher buddy and I thought we were funny in class and wanted to give standup a shot. We both figured we’d try it once and move on. He basically did and I haven’t stopped.

I’ve been relatively disconnected from the Seattle standup comedy “scene” during my seven years because of living in Everett, teaching daily, and being married most of that time. Now that I am single and not teaching, I am much more involved and would say that I enjoy the people very much, find them funny, and wish people were creating more paid opportunities to do comedy. There seems to be a bit of an aversion by a lot of very funny people to being paid for what they do and performing their craft in a club. I don’t share that aversion.

The comedians I look up to are generally comedians I know personally. I love Chad Daniels because of his work ethic, his attention to writing, his willingness to do standup almost exclusively, and his ability to say controversial things in a charming and hilarious way. For many of the same reasons, I love Tommy Johnagin, although he does it while being almost completely un-offensive and clean.

Finally, I look up to my best friends in comedy Adam Norwest and Andrew Rivers for their work ethic, advice and help making this into a career for myself.

What’s the transition been like from full-time teacher to full-time comic? Are any of those skills transferrable from pedagogy to comedy?
It’s been really amazing to be able to pursue the things I want to do creatively full-time: standup, writing, speaking to youth and hopefully teaching young people the art of standup and fostering their creativity and how to harness their sense of humor. Giving up teaching daily doesn’t mean that I want to give up working with young people.

I’ve also been really lucky in life to have the ability to pursue comedy without it killing me financially. Substitute teaching has helped me be able to do that and has given me at least ten stories already that might make it to the stage. It also allows me a few minutes at the beginning of every new class period to do a routine I’ve prepared that is relevant to substitute teaching and good practice of stories that I want to try on stage. It’s a substitute teaching open mic every day for me.

Doing a standup set is much more self-centered and vulnerable than teaching a room full of teenagers. Sure, I’ve prepared a lesson that I want them to receive well, but if they don’t it’s often because the content is uninteresting to them. I teach history, so I didn’t create the content.

It’s much more difficult to get five different groups of thirty distracted fifteen-year-olds to enjoy a history lesson 181 days a year than it is to get an audience of people to enjoy a standup set—usually that’s what they’re there for. The students have a thousand things that are much more interesting than what we’re doing, beckoning them from the device in their pocket. Comedy audiences have usually come with the understanding that what I’ll be saying is at least equally as interesting as what their phone has to offer.

Also, I can talk all the shit I want to drunken crowd members without worrying that their mom is going to call me the next day threatening my job.

What’s it mean for you to be headlining your home club? What does it mean to have a club like TCC?
Tacoma Comedy Club is bar none the most effectively and efficiently run club I have ever worked in. It provides the best audience/customer experience and best comedian experience that I’ve witnessed in my seven years. Despite it being one to three hours away from my home depending on traffic, I see it as my home club because it is the place that I feel most at home. It’s an honor to headline the same stage as phenomenal comedians like Caroline Rhea, Chris Hardwick and Jo Koy. Granted, it’s on a holiday weekend that isn’t as busy and the club needs to save some money, but still, I’m excited!

See Michaelis this Saturday and Sunday at Tacoma Comedy Club.