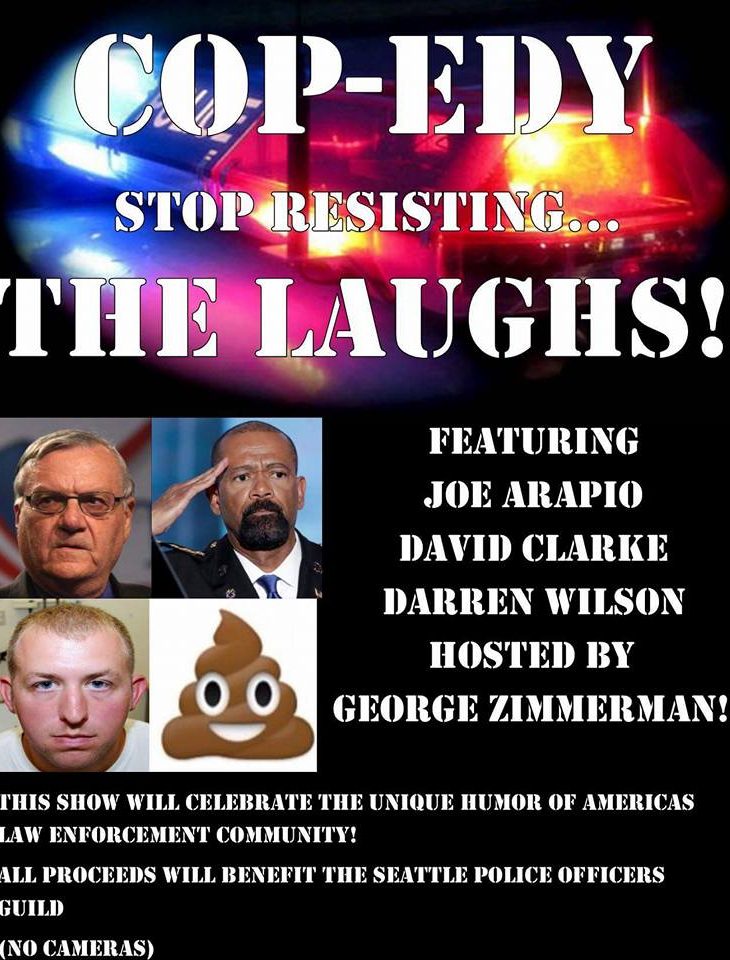 “Clapter” is a comedy term used to describe an audience response that’s more applause than laughter, more agreement than actual amusement. Clapter is a sign that the comic is pandering to the crowd, indulging their sense of virtue to elicit kneejerk approval. In 2016 Seattle a joke about homophobes or overt racists will evoke clapter: Yes, I agree those types of people are bad!

There’s nothing necessarily wrong with clapter—it’s been The Daily Show’s bread and butter for years—but the point of comedy is to provoke a candid reaction, not to flatter liberal sensibilities with performative like-mindedness. (We give the Daily Show a pass because it was a rare beacon of hope during the Bush era.)

Critics of comedy’s latest craze for inclusion and “safe spaces” see clapter as the end result of the coddling of the comedic mind. Critics say that when you stock audiences entirely with lockstep liberals and put certain topics off-limits—body shaming, transphobia, “punching down”—you create an atmosphere ripe for preaching to the choir, the antithesis of good comedy. The comic is the voice of the little guy crying out in the wilderness, not the head of a cadre addressing her like-minded comrades.

Cultural forces carry the seeds of their own reaction, and such is the case with the clapter phenomenon. I’ve coined a new term to describe clapter’s opposite: floutrage. If clapter represents the manipulation of liberal attitudes to get a response, floutrage uses taboos to make the comic appear edgy. The floutrage comic “flouts” the current conventions of comedy to strike a transgressive stance: Yeah, I went there.

Floutrage is the fake courting of controversy to make the audience feel as if they’re witnessing something forbidden. Of course, nothing is actually forbidden—have you been to a comedy show lately?—and most floutrage-bait amounts to the same tired racist and sexist stereotypes. Floutrage is button-pushing, ie. trolling, and our current cultural sensitivities make us a ripe target.

A floutrage comic will use the word “fag” or ”retard” onstage and expect to be heralded as the next Lenny Bruce, but the jokes are rarely funny enough to justify the transgression. If the comic bombs he can always blame it on “PC culture.” It’s a bad-boy pose that comes with a built-in excuse generator. Another favorite is “Seattle crowds are too uptight.” But if that’s true why do so many national performers record their albums and DVDs here? And how “edgy” can you be when every Republican candidate for president agrees that “political correctness” is a major problem facing America? It’s not exactly a marginalized viewpoint.

Here’s a recent example of floutrage: local comics put together an upcoming all-male showcase at the Comedy Underground called Circle of Jerks. The tagline reads “A comedy event for the Alpha Male.” Now, shows that just happen to be all-male are produced all the time; there’s nothing controversial about that. Until recently they were the default, so explicitly framing a show as male-exclusive qualifies as floutrage. It’s a direct response to all the female-exclusive “safe space” shows around town. It’s a provocation; Circle of Jerks wouldn’t exist without female-focused shows like The Comedy Nest. It’s the comedy version of College Republicans’ affirmative action bake sales.

The controversy was predictably swift and overheated on both sides. The floutrage-peddling Fuck-It Boys squared off against the clapter-seeking That’s Problematic Posse. The same classic points were made all around and everyone ended up even more polarized than they already were. Pot successfully stirred.

Then something actually funny happened. Some comics who thought Circle of Jerks was corny and reactionary started lampooning it on social media with posters for fake shows: 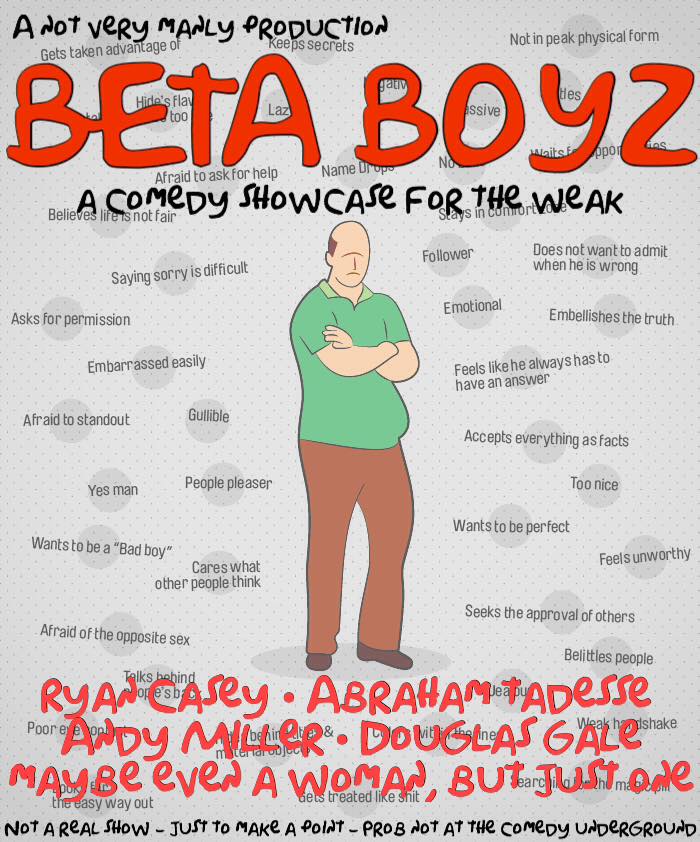 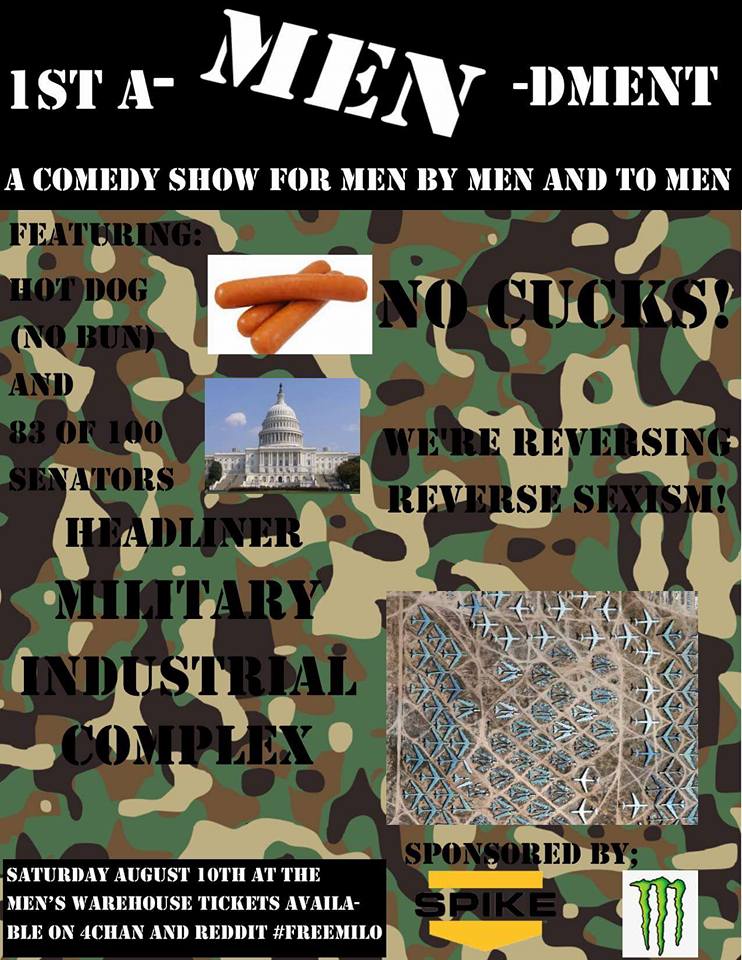 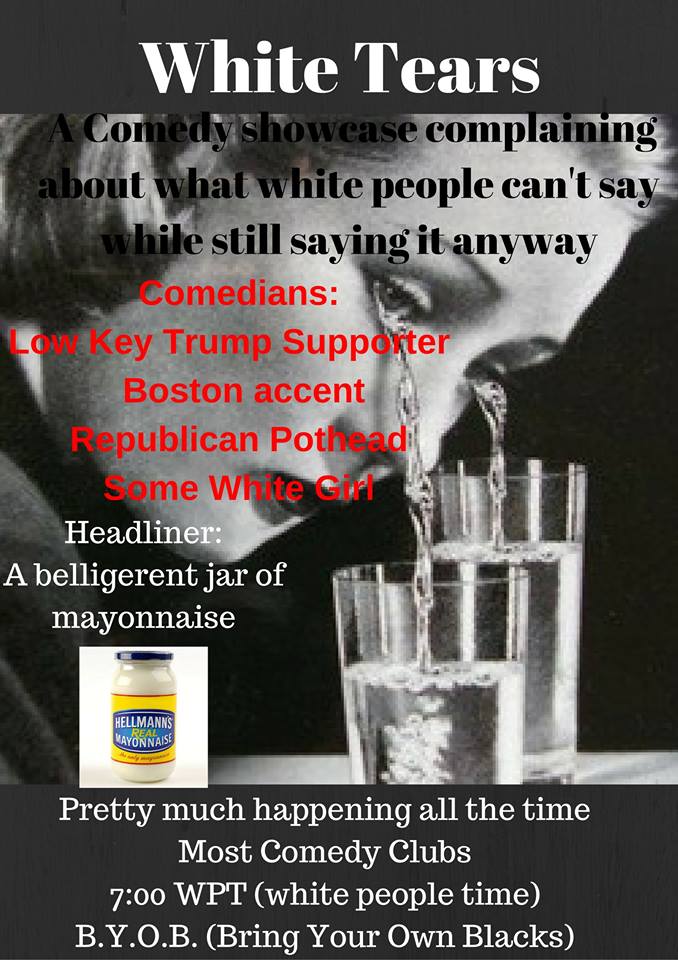 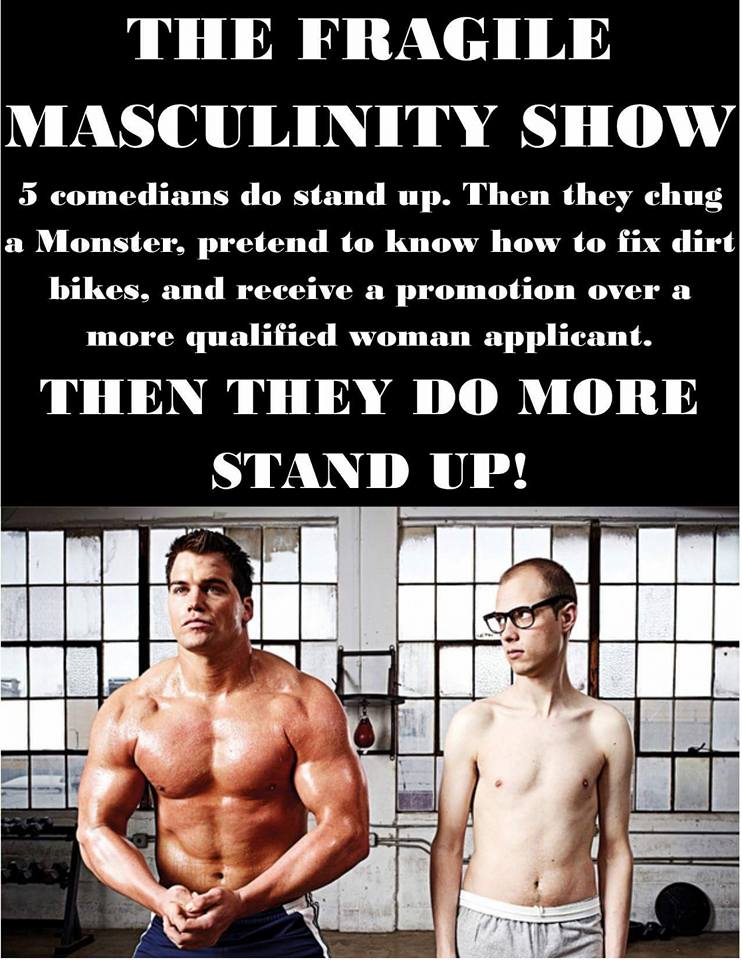 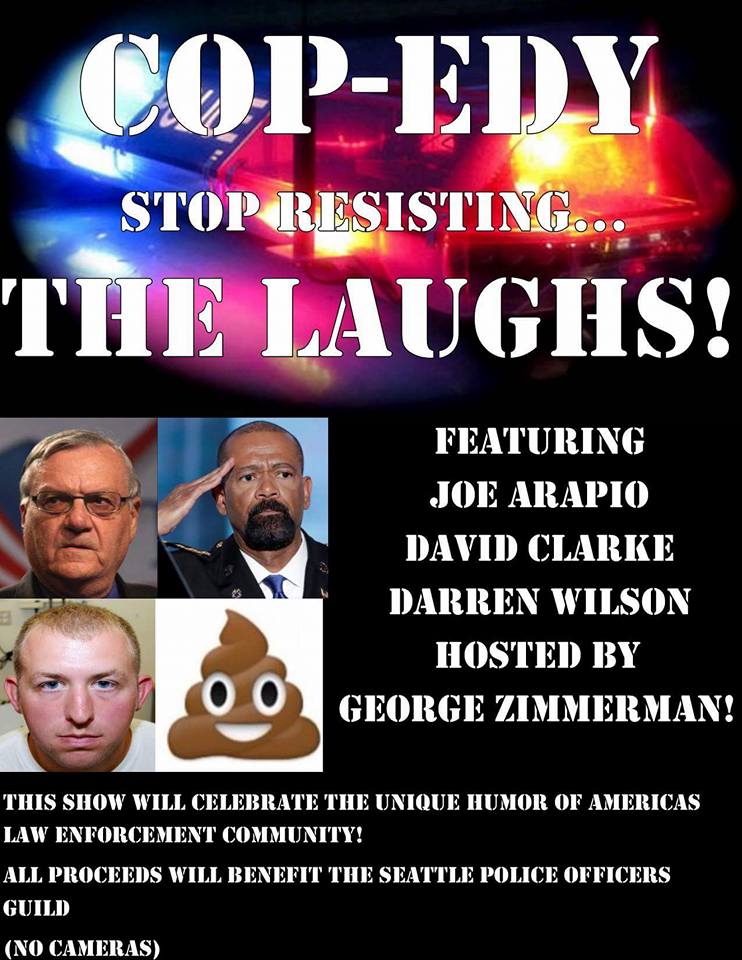 These fake posters made me laugh. They represent funny, creative people grappling with disagreement in their community. They show that it’s possible to wring comedy from any controversy, even controversy about the very nature of comedy itself.

Five years ago there were no regular female shows or “safe spaces” and now they’ve got enough representation to be a target of the “alpha males.” That’s a good sign of progress. The fake show posters are the right approach to floutrage: See something objectionable that was deliberately crafted to provoke your response? Let ‘em know where you stand. Then, if you really want to win the comedy argument, turn around and make something funny out of it. They can’t tell you to “lighten up” when you’re busy laughing at them.