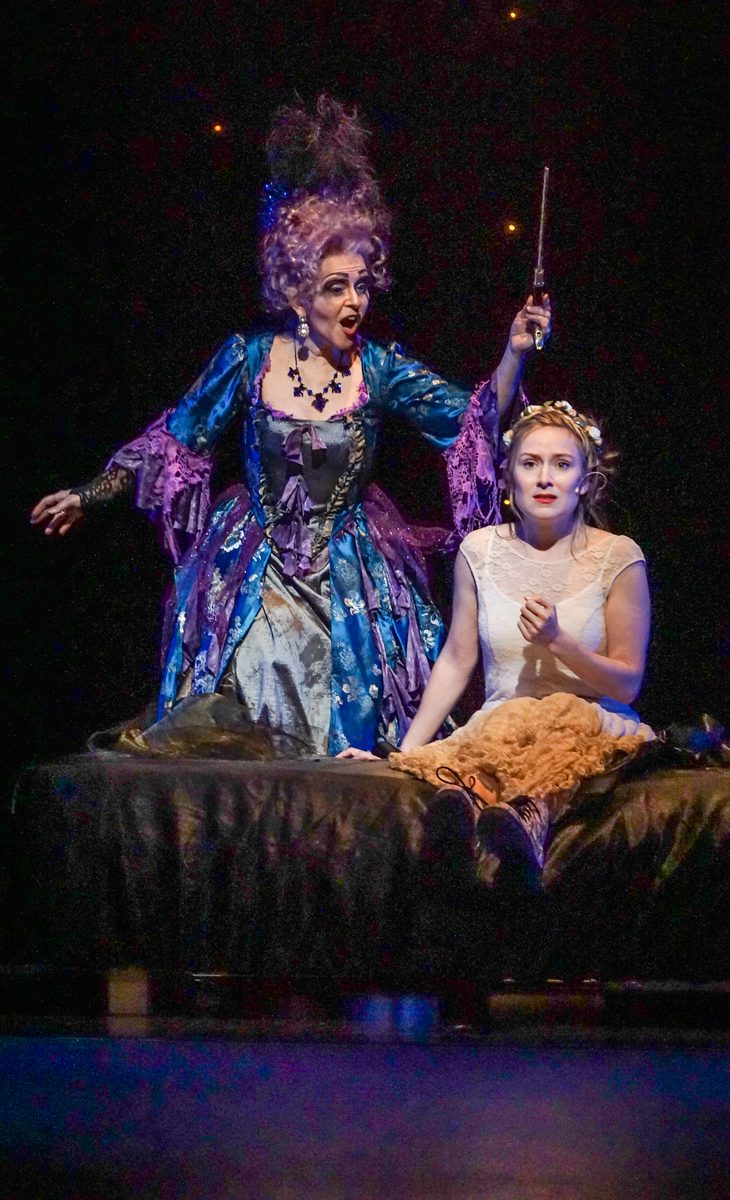 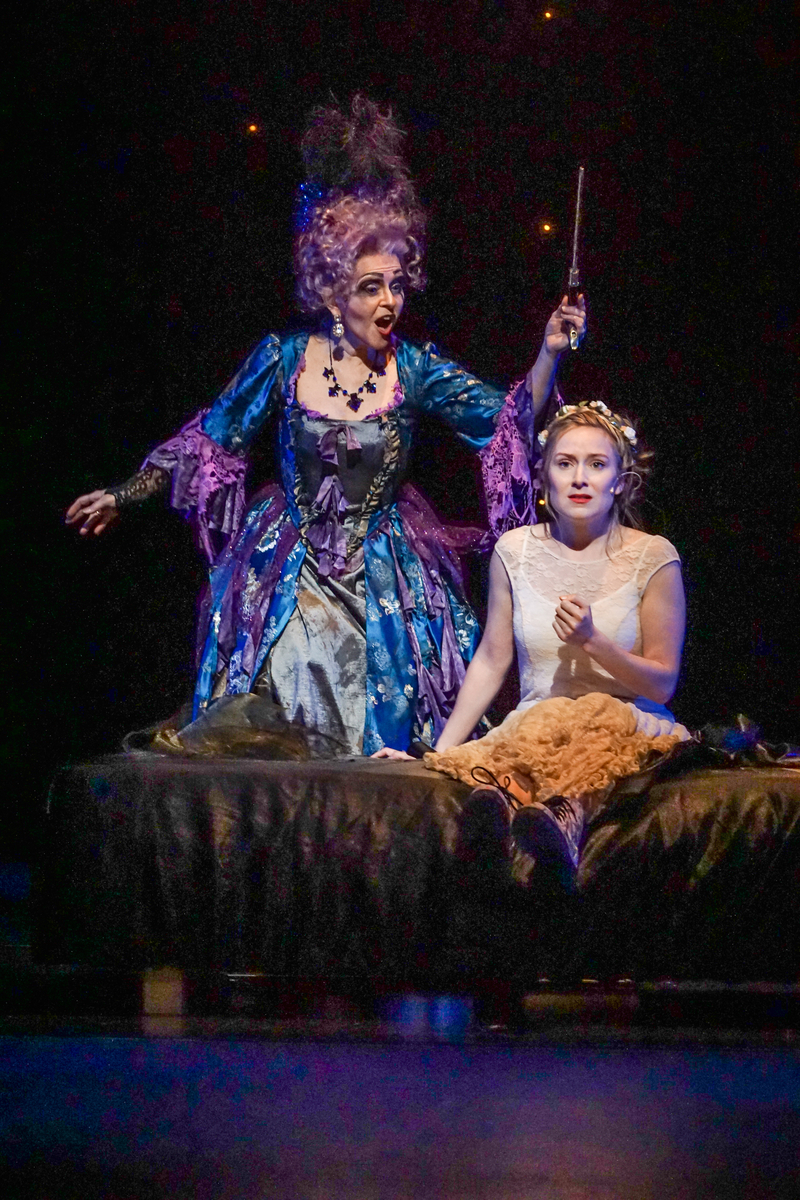 How much theatrical mileage can you get from a two-dimensional, 8-bit video game character who never spoke a word and whose whole existence was spent running around a maze eating dots? Quite a lot in the hands of Scott Shoemaker and Freddy Molitch (both veterans of the Brown Derby series of live-reading movie reenactments), whose “Ms. Pak-Man: Multiple Lives!” presents an intimate look into a well-rounded personality that fully inhabits our human world.

Playing the grand lady as a Liza Minelli-esque boozer with an eating disorder and a serious pill habit (not so much an addiction as a “preference”), Shoemaker’s Ms. Pak-Man (spelling intentional) is staging a comeback in the form of a song-and-dance revue after many years struggling in obscurity. With two of her former nemeses as her back-up singers (the ghosts Pinky and Sue, played by Erin Stewart and Mandy Price), Ms. P tells the tale of her meteoric rise in the early ’80s with the best-selling arcade game of all-time; her ultimately failed relationship with the mister; and her descent into despair and self-medication. Along the way she rhapsodizes about her relationships with other video game characters, elaborates on the origins of her bastard son and tells behind-the-curtain tales of the post-A-list crowd she used to run with (holla, Morgan Fairchild!).

Written and directed by Molitch, “Ms. Pak-Man: Multiple Lives!” smartly works in sly references to other video games and ’80s pop culture icons that had nerds in the crowd in near-constant chortles. One of the great pleasures of the show is witnessing audience members respond to different references that hit particularly close to home with them (did she just refer to Dig Dug by his full name?!). The musical numbers run the gamut from standards delivered as is, songs of the day presented with rejiggered lyrics and hilarious original tunes. With minimal props and staging, set pieces involving Centipede and Space Invaders are particularly well-executed exercises in physical theater.

Watching Shoemaker ham it up on stage, you realize what a long shadow Dina Martina has cast across the alt-drag landscape of this town. Some of the gags echo Ms. Martina’s penchant for uncomfortably lingering a touch too long on the punchline, and ham-handed groaners are delivered with such conviction that you can’t deny their brilliance. It’s walking that tightrope between clever and stupid—you’re not quite sure what side they’ll land on should they take a tumble, but you’re just glad you witnessed the ghastly and gorgeous spectacle.

“Ms. Pak-Man: Multiple Lives!” plays tonight and tomorrow at ReBar. Check it out before it’s Game Over.