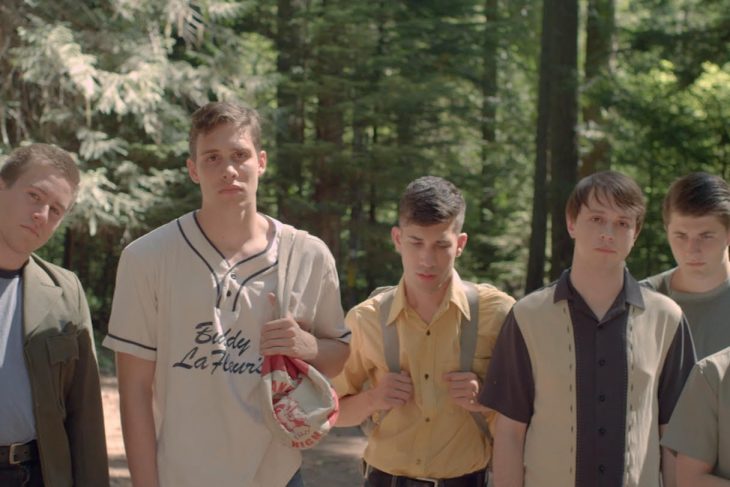 All Peter Edlund needed to create a complex story was a six-and-a-half-minute song. He got it with Erik Blood’s “Chase the Clouds,” the first single off Blood’s upcoming Lost in Slow Motion LP. Edlund wrote and directed the video for the song—more of a short film, really—and we’re excited to premiere it today.

Into the song’s moody, uplifting ambiance Edlund projects the story of a young man attending a 1960s “conversion camp.” (These sorts of places apparently still exist though they go by other names now.) Edlund evokes a powerful sense of period and place through subtle flourishes in costuming and direction and his characters convey surprising depth, as if they exist beyond the bounds of the video. Edlund’s imagery and Blood’s music suffuse the video with a hazy nostalgia—for first love, summer romance, careless youth—which is darkened and twisted by the circumstances of the narrative. So much story in such a short time!