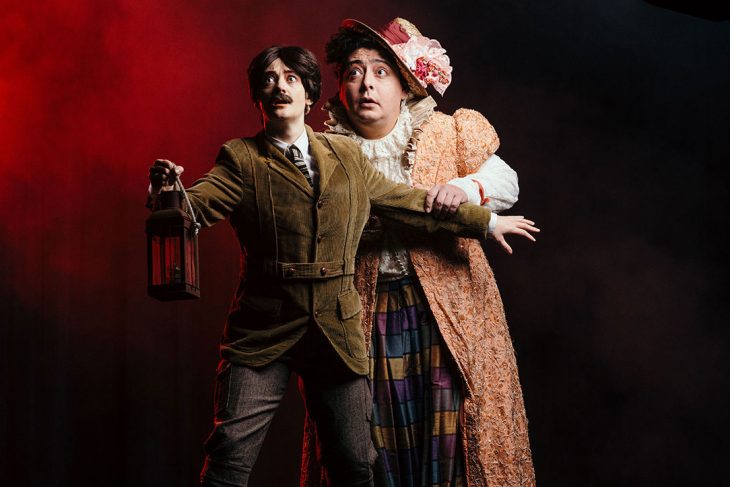 From world-class museums to street performances, Seattle celebrates every facet of its artistic and cultural life. Music and theater, visual arts and digital media – the city’s sprightful communities generously share their talents with this world. And, great news, most of this entertainment is in the center of the city, with a few off-the-beaten-path gems scattered here and there. So you get to enjoy both: the vibrant downtown area of the Emerald City and its rich evermoving culture.

The city is home to a myriad of thriving venues like The Showbox, The Paramount Theatre, The Crocodile drawing top talent from around the country. And of course, no discussion of Seattle’s arts and culture would be complete without mentioning the city’s many annual festivals. From the Seattle International Film Festival to the Bite of Seattle, there’s always something fun and exciting to do in this vibrant city!.

CityArts is coming back to provide you with fresh information on the latest happenings in the city. Whether you are an occasional theater-goer, or looking for something very specific, we welcome you to explore everything CityArts has to offer. Keep reading to find out about venues and events you can’t miss in Seattle this February.

Pacific Northwest Ballet is internationally recognized for its virtuoso dancers, stunning sets and costumes, and its critically acclaimed performances. Founded in 1972, PNB is one of the largest and most-respected ballet companies in the United States. Each year, the company presents more than 100 performances of classical and contemporary works, reaching more than 200,000 people.

This season one of the most famous stories is presented at McCaw Hall.

Contemporary circus is a relatively young art form. In Seattle, one of the premier companies representing this direction is Acrobatic Conundrum. It was founded in 2012 by Terry Crane, and blends superb circus skill with physical theater and dance to create captivating and relatable performances.

This February contemporary circus in the Emerald City will be presented by Troupe Vertigo with their breathtaking performance of España! Visit the calendar for this event to learn more.

Theatre that’s grown with the city

Theatre is a flourishing art form in Seattle. There are a number of excellent theatres, including 5th Avenue Theatre, which is one of the nation’s treasured cultural sights. It went from hosting touring Vaudeville shows to becoming a big player in producing musicals. For instance, Hairspray is one of the productions that came from under The 5th wing and became an instant hit.

And That’s Why We Drink-Here For The Boos! Tour at The Neptune Theatre

The Mystery of Irma Vep at Erickson Theatre

Seattle is a haven for art lovers and culture vultures alike

Seattle has a collection of museums and galleries for any interest: history, art, maritime, science – you name it! The Henry Art Gallery was the first art gallery in Washington State. Entrepreneur Horace C. Henry founded the exposition space believing that art builds a healthier community. Today The Henry Art Gallery is internationally recognized for bringing challenging exhibitions to life and pushing visitors to experience art differently.

Another great sight is The Olympic Sculpture Park featuring a variety of monumental  art. The park is the largest green space of the city (9 acres).

There are also many engaging museums like Burke Museum of Natural History and Culture, Pacific Science Center and much more!

From The Seattle Symphony to Pearl Jam: what’s happening in the Seattle music scene?

From the grunge era of the 1990s to the current indie rock scene, Seattle has always been a hotspot for up-and-coming musicians. The city is home to some of the most reputable music venues in the country like Chop Suey and Tractor Tavern.

Music life in the area is so diverse that it’s hard to put it in one box or a short paragraph, so here is a curated list of venues and events that you definitely want to be on a lookout for:

Classical music is thriving in Seattle!

Classical music is the root for all the genres we know and love. And Seattle definitely respects its traditions and history.

Seattle Symphony – is one of the top orchestras in the country, internationally acclaimed for its inventive programming and community initiatives.

Seattle Chamber Music Society is another amusing organization worth mentioning. It’s interesting due to its format that pays homage to the 19th century tradition of home concerts. Two to eight musicians from all over the world, no conductor, a unique mix of talents each time a new group comes together to perform.

And, of course, there are always a few classical music concerts happening at Benaroya Hall and Meany Hall. If you’re a classical music lover, Seattle is definitely the place to be! Check out the calendar below to learn what other performances to look forward to this February!

Songs of the Earth at Benaroya Hall S.Mark Taper Auditorium

Kronos Quartet at The Moore Theatre

Seattle will drive away your blues

Seattle is a hot spot for jazz and blues, with a rich history and thriving scene. The music is the perfect soundtrack for this waterfront city. Doesn’t matter if you’re a fan of traditional jazz or modern blues interpretations, you’ll find something to love in Seattle. Local music venues offer a variety of live music every night of the week, and restaurants serve up some of the best soul food in the country, for example The Royal Room.

The city is also home to a number of jazz and blues festivals. The 39th Annual Northwest Jazz Fest will happen this February on the 22nd.

Come to The Neptune Theatre, Benaroya Hall or The Moore Theatre to experience the best of Seattle’s Jazz and Blues!

Don’t know what exactly you want to listen to? No problem!

Seattle is ready to put on music for any taste, just listen closely and don’t forget to turn up the volume on the song you like! Please visit our calendar to choose from the upcoming concerts in February.

You’ll be choosing from places like The ShowBox, which is a legendary art-deco-styled venue that opened in 1939 and hosted stars like Muddy Waters, homegrown Pearl Jam, and Foo Fighters.

Also, Neumos is on the table, formerly known as Moe’s Mo Rock’n Cafe. It opened in 1992 and became quickly known for its outrageous hospitality and artist-centered staff. Some of the greats that played there include Muse, Diplo, and The Yeah Yeah Yeah’s.

So you’re definitely up for an intense brainstorming session for your next evening out as your options are countless!

An Evening With Goose at The Neptune Theatre

The Beths, Lunar Vacation at Neumos

The Cribs, SLANG at Chop Suey

The Kid LAROI at Showbox SODO

Contemporary dance in Seattle is a fast-moving art form. New companies are starting up, and old companies are expanding. There is a lot of diversity in the styles of dance, and the audiences are enthusiastic and supportive. There are many venues where you can see contemporary dance, and many talented dancers and choreographers who call Seattle home.

Seattle was a cradle for such names as Mark Morris, Robert Joffrey, Ann Reinking, who, by the way, won a Tony Award for her work in 1996 Chicago.

Looking for a night out filled with laughs?

Seattle is the place to be! There’s something for everyone, whether you’re into stand-up, improv, or sketch comedy. The city has a thriving comedy scene with plenty of venues and opportunities for comedians of all levels of experience to perform. There are open mic nights, comedy clubs, and even festivals that celebrate comedy. The city hosts a number of well-known comedians, The Freestyle Love Supreme as an example, and there are always new performers joining the scene.

Mike Birbiglia at The Moore Theatre

NADD POD – Not Another D+D Podcast at The Moore Theatre

Seattle will keep you entertained

Seattle is known for its coffee, its rain, and its arts and culture variety. Eyes truly run wide when trying to plan your next day/night out!  Hope this article helped you find something new and exciting to look forward to in Seattle. Don’t forget to come back to our Things To Do in Seattle to learn about new events first.