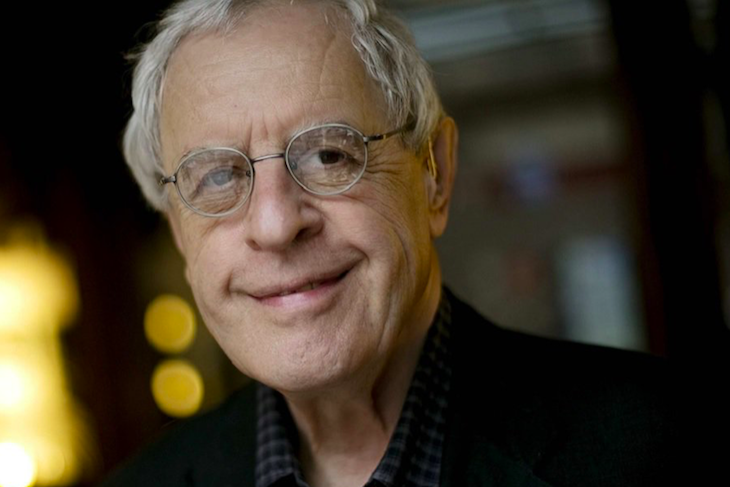 The University of Washington hosts one of Seattle’s best annual reading series, but possibly because it’s organized by the MFA department, many people don’t even know it’s open to the public. The Roethke Reading honors poet Theodore Roethke, who taught at UW from 1947 to 1963. Alumni of the reading make up a pretty spectacular list, including Kay Ryan, Robert Bly and Jorie Graham. This year’s reading is tomorrow, April 12, and the reader is Yugoslavian-American poet, essayist and translator Charles Simic.

Simic’s poetry is often described as stark, with an inimitable nightmarish quality—tempered by gallows humor—reflecting his childhood in heavily bombed Belgrade. Everyday objects are imbued with the fantastic, in a way reminiscent of Eastern European folklore.

After immigrating to the U.S. in 1954, Simic was drafted into the army in 1961, and then worked his way through New York University, graduating in 1966. He has written 20 books of poetry (most recently 2015’s The Lunatic and 2017’s Scribbled in the Dark), seven books of essays, a memoir, multiple books of translation, and served as U.S. Poet Laureate in 2007. He’s a Pulitzer Prize winner, a MacArthur Fellow and the recipient of a Wallace Stevens Award. He’s taught at the University of New Hampshire since 1973, where he remains an professor emeritus.

To get everyone else as excited about this reading as they should be, I recently asked Simic a few questions via email.

How did you hear about UW’s wonderful Roethke reading series and what made you accept the invitation to be the 2018 reader?
I’ve read twice before in Seattle and have given many readings in in the Northwest since early 1970s, so I welcomed the invitation.

What has writing in a second language taught you about poetry, and language in general?
I have been writing in my second language for almost 65 years so the lessons I’ve learned when I first started out are no longer fresh in my mind. Since I never wrote any poetry in Serbian previous to starting to write in English, there was nothing for me to compare it to.

What is your favorite poetry parlor game?
I have never played one.

Who are your favorite emerging poets and presses?
That would be a huge list, since a lot of good poetry has been written and published in this country in the last few decades, so I’ll mention just a few names. David Rivard, Matthew Zapruder, Tracy. K Smith, Tony Hoagland, Deborah Landau, Matthew Dickman, Major Jackson, etc. As for the publishers, Graywolf tops them all.

If you could have any poet—living or dead—as a mentor, who would you choose and why?
Why would an 80-year-old poet want a mentor? I didn’t want one even when I was young. I read them all, but the thought of being anyone’s groupie repelled me.

As a student?
Shakespeare, of course. I’d tell him about Donald Trump and show him how to use Twitter.

What are you reading these days?
A little history, a little philosophy and lots of poetry both old and contemporary.

What is your favorite joke?
The one that made me almost die laughing, but which afterwards I could never remember.

Do you think poetry helps people survive hard times? If so, why?
I’m sure it does, but it’s not easy to pin down what kind of poetry, since there had been so many different kinds over the century. I could imagine Homer’s “The Iliad” bringing solace to someone in its portrayal of the stupidity of endless war.

The 2018 Roethke Memorial Poetry Reading is Thursday, April 12 at 7 p.m. in room 120 of Kane Hall on the University of Washington campus.