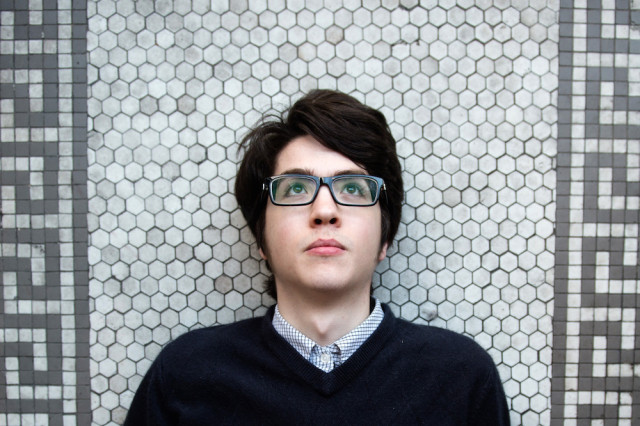 Friday, Jan. 8 – Sunday, Jan 10
Ayad Akhtar’s Pulitzer Prize-winning Disgraced begins at Seattle Rep this week and it should be a great production of a great play—it’s directed by Kimberly Senior who also helmed the play’s 2012 New York premiere and 2014 Broadway run. Disgraced is set at a dinner party thrown by successful New York lawyer Amir and his wife, Emily, an artist whose work is influenced by Islamic imagery. The night falls apart as Amir’s Islamic heritage slowly comes into question, and the debate that follows is an important one for modern audiences. The show runs through Jan. 31. –Gemma Wilson
Seattle Repertory Theatre

Friday, Jan. 8
Any opportunity to see genius hip-hop futurists Shabazz Palaces in action live is an opportunity worth taking. This week, they’re playing for free at the Frye, so you’ve got no damned excuse for not being there. –Tony Kay
Frye Art Museum

Friday, Jan. 8 – Saturday, Jan. 9
There are literally no words to fully capture the batshit craziness of Dunyayi Kurtaran Adam, better known as the Turkish Star Wars. Unleashed in 1982, it gives copyright laws the bird by flagrantly using actual special effects footage from Star Wars and music cues from every Hollywood blockbuster of the era. Combine that with orange shag-rug monsters that look like overgrown Muppets with fangs and Turkish action star Cuneyt Arkin (a genetic fusion of Alain Delon and Charles Bronson) and you get one gloriously cheap, relentless and absurd sci-fi action stew that’ll completely scorch the shiny technical perfection of The Force Awakens from your palate. –Tony Kay
Grand Illusion Cinema

Saturday, Jan. 9
The album I listened to the most in 2015? Teens of Style, the Matador Records debut by Car Seat Headrest. CSH’s dramatic guitar rock is at once cerebral and funny, assertive and skeptical, lofi but finely crafted. The work of main dude Will Toledo—you’ll find him in the 2016 Future List—is the result of meticulous obsession; Teens of Style is technically his 11th album released in the last five years, the rest of which he made available for free via Bandcamp. After accumulating Internet fans from around the world, 23-year-old Toledo plays his first Seattle show since the album came out. I’ll be the guy singing along in the front row. –Jonathan Zwickel
Sunset Tavern

Sunday, Jan. 10
INCA (Institute for New Connotative Action) is kicking off a monthly series of open lectures called “Open Forum.” It looks to be an informal, salon-styled launching pad for wide-ranging discussions about art, culture, history and poetry and Max Kraushaar is the inaugural guest lecturer. Seattle-based Kraushaar is always brimming with weird, wonderfully executed ideas—like the internally-heated, room-within-a-room, private “Nude Beach” constructed inside Hedreen Gallery last year with Graham Downing, or the feat of burying himself up to his neck in dirt along the side of the road during the last NEPO 5K DON’T RUN (he tasked himself with digging himself out with only the aid of a spoon grasped between his teeth…it took him no less than three hours). Kraushaar currently lives in the small town of Twisp in Eastern Washington, where he is building a gigantic studio and an artistic way of life (“that may or may not work”). –Amanda Manitach
INCA