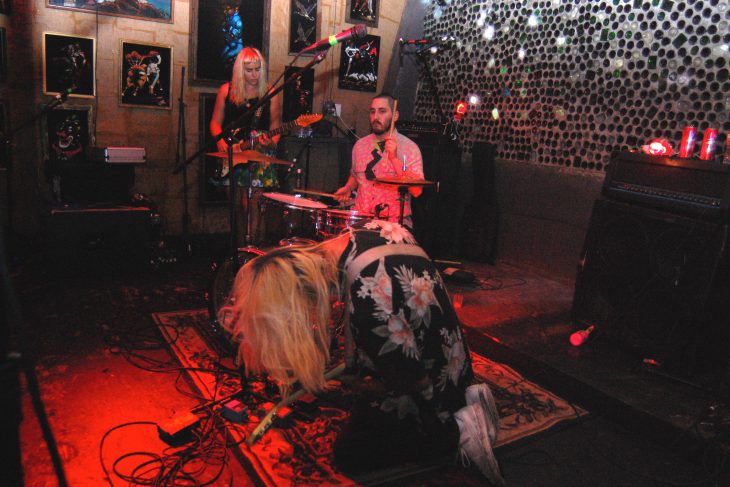 Block Party ended on a high note Sunday Night at Neumos. The long weekend of sun, music and over-priced tallboys wore into the wee hours of the work week as Beat Connection played a  collaborative set to an eager crowd. 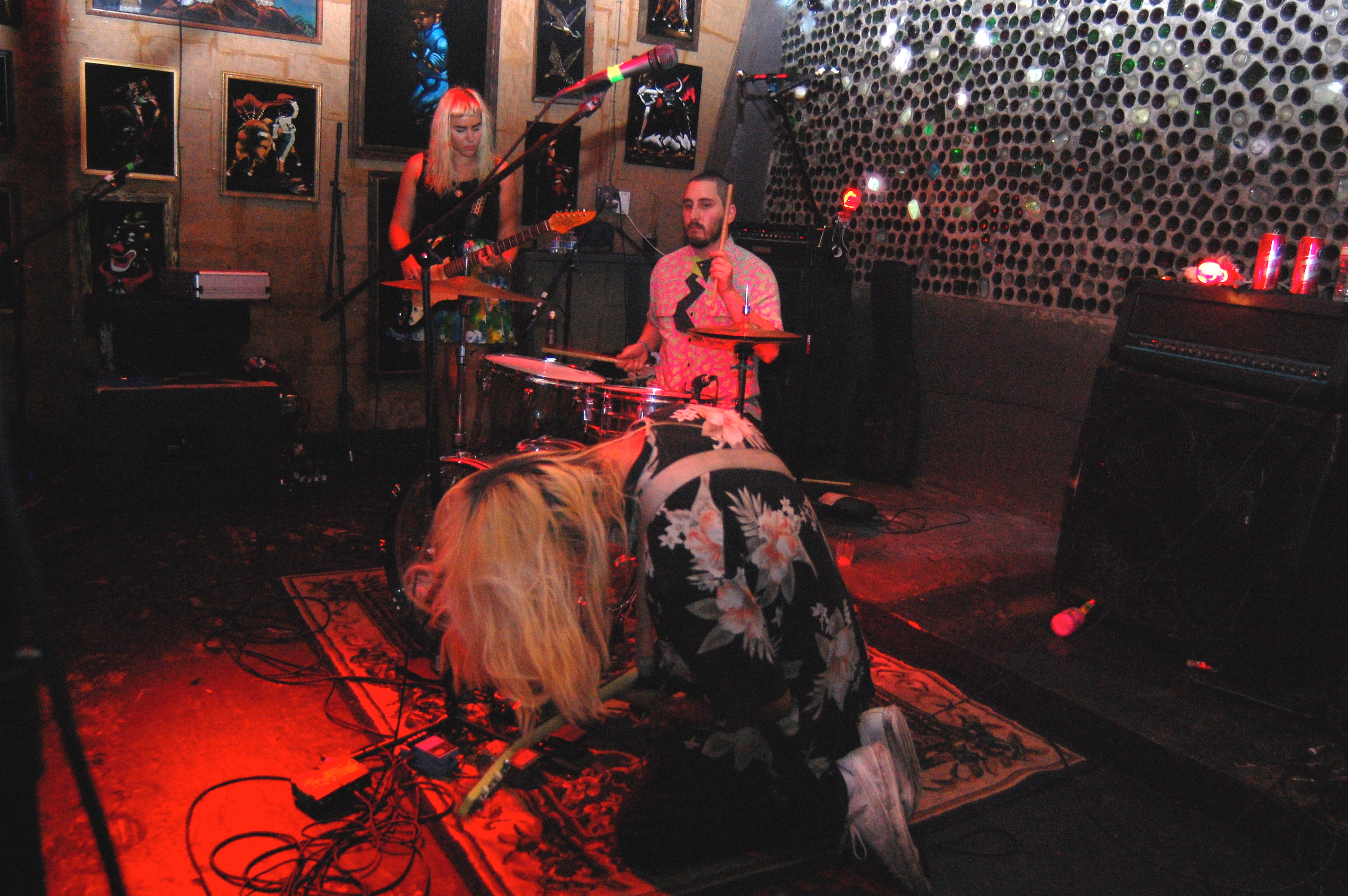 My Sunday started down in Cha Cha Lounge with a set from Seattle’s So Pitted. I’ve seen them play more times than I can recall and I’ll never tire. The trio dished out enough industrial sludge to be classified a superfund site. 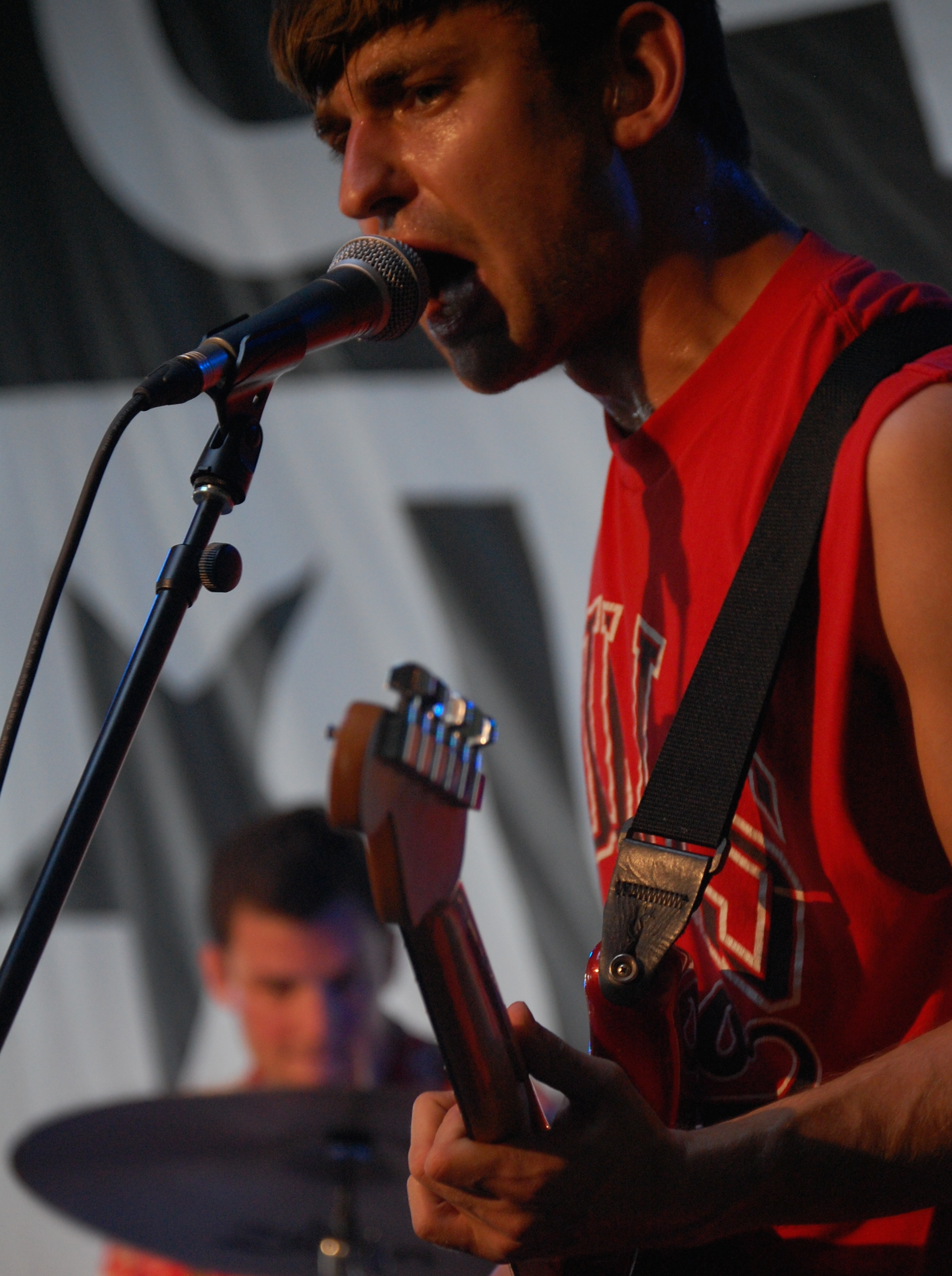 Upstairs, Dude York finished their set on a semi-hidden stage in the Caffe Vita warehouse. Inexplicably, the mostly empty room was full of flat screens and projectors streaming the performance. Despite having played at Neumos a few hours earlier, Dude York looked fresh and played an energetic set. 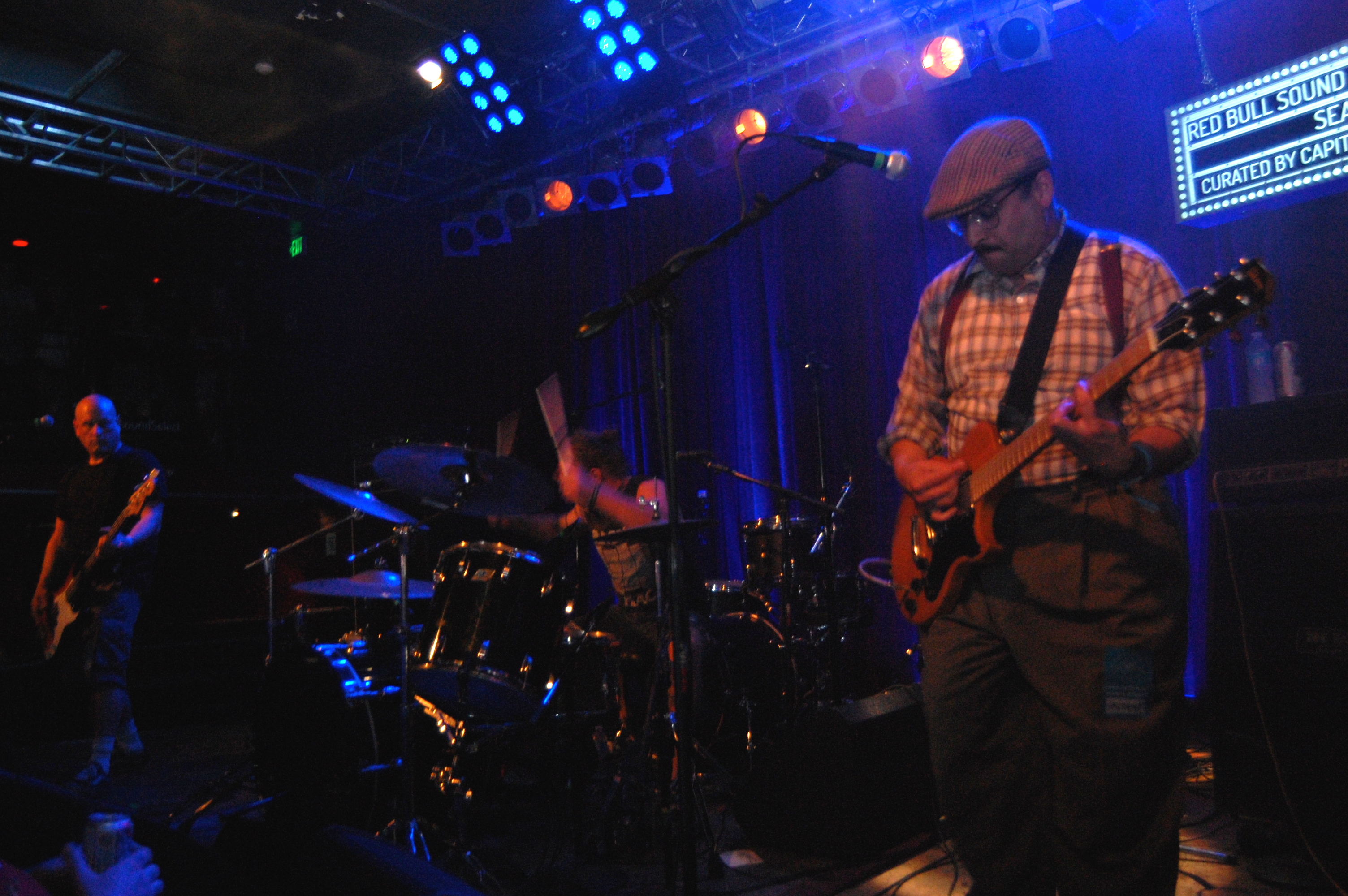 Gaytheist was one of the weekend’s more surprising performances. The Portland-based metal trio absolutely killed it. In structure and vibe their songs ranged from full bore metal to hard-edged indie rock. The lyrics were smart and their lead singer was exceptionally affable and witty between songs. He also proved that being a ripping guitarist and metal vocalist in overalls and a flat cap is indeed possible. Someone should’ve told hair metal.

Much later, after a drawn-out sound check, Beat Connection and Shaprece took to the stage to close out the weekend. Neumos was filled to capacity and the crowd was antsy for things to get underway. Shaprece and Beat Connection opened the set with a soulful remix of Beat Connection’s “In the Water.” Sol shared the stage for a song, whipping the crowd into an uptempo frenzy and exiting with a gutsy stage dive. Eventually Shy Girls slowed things way down with a number nearly too sensual for Sundays. Exhausted, I called it quits shortly after midnight while Seattle’s rising stars led the party on.

Slaloming through the teamsters breaking down tents and rigging, I reflected on the head-spinning showcase of Seattle’s finest musical offerings. Sashay was my personal favorite of the weekend. Seeing a hardcore band execute so flawlessly while maintaining a sense of levity and inclusivity was a rare treat. Likewise, it was great to see acts like Beat Connection and Shaprece stake their claims to the spotlight, making a break for national notoriety.

Block Party was a blast; a healthy reminder that Seattle’s music community is rich and thriving. Still, it left me feeling confused. One festival-goer was overheard dismissing a number of local bands listed off by a friend: “No one here knows who any of those bands are.” Is Block Party a block party or a festival? What community does it serve?

There was chatter that Block Party organizers had placated area residents by offering free hotel stays outside the neighborhood. The handful of people I polled had come for national, main-stage acts. In the midst of Block Party, crowded by gleaming new apartment towers and the drunken, scantily clad throngs, I had a hard time believing I was in Capitol Hill at all.

Here are our reviews from day one and two.