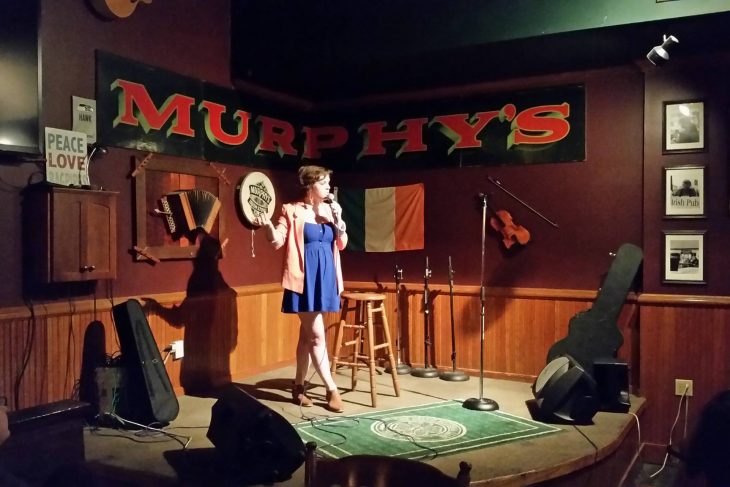 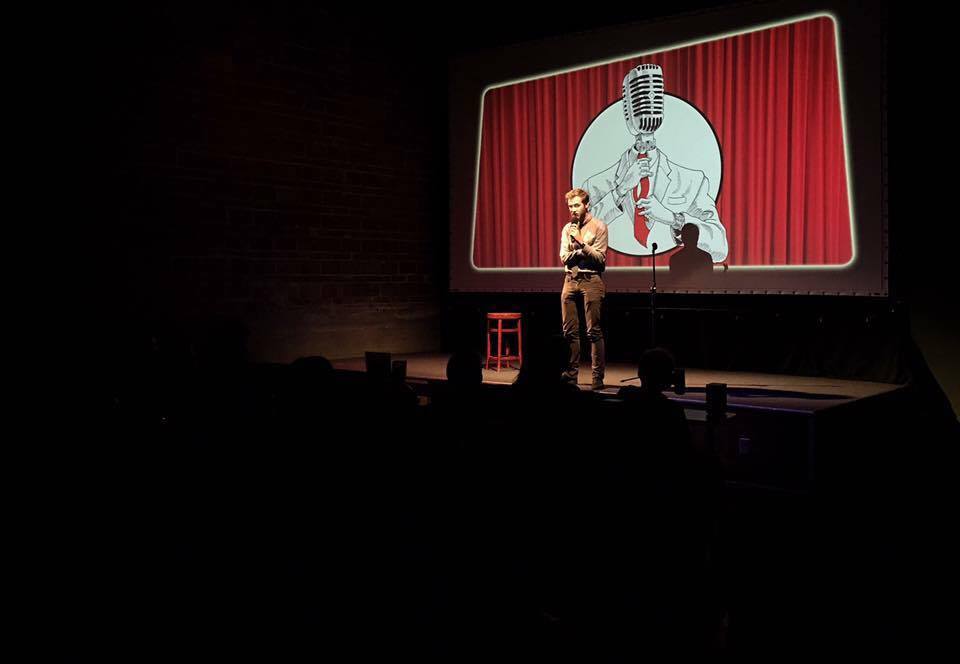 Winter is good for live comedy. The crowds get bigger. The nights are longer, often drunker. Some primordial urge compels folks to huddle in warm rooms to listen to people tell stories. It hearkens back to our caveman days, except now there’s a stage light instead of a fire. Instead of a shaman regaling the tribe with the sagas of the gods, you’ve got a pizza delivery guy talking about his psychedelic mushroom trip. The point is: We crave tall tales and human contact in these dark days. Seeing a good standup show can fortify you with a concentrated dose of humanity on an icy night.

A listicle-worthy handful of good local, independent standup shows have sprung up in the past year or so. These are well-booked, forward-looking monthly showcases, not open mics (which I don’t recommend unless you’re a connoisseur of extreme pathos). All of these shows have bucked the current comics-doing-comedy-for-other-comics trend and built their own followings in supportive venues. Once you’ve exhausted all your streaming entertainment options and cabin fever kicks into overdrive, venture out into the world to catch one of these local shows in the next month.

SoCal Comedy Fest headliner and part-time crank Andy Miller hosts a tight lineup of some of the city’s best emerging pros in the back bar of Pies & Pints, a Roosevelt restaurant that serves—get this—savory pot pies and other Australian-inspired pub food. Basically the ultimate winter comfort food; Britain via the Antipodes. This simple little gem of a show pairs nicely with the venue’s jovial Aussie vibe. This month’s installment features Monica Nevi, Cameron Mazzuca, Erin Ingle, Tyler Schnupp and Wilfred Padua, the best lineup of locals you’ll see this month.

There are enough talented female-identifying up-and-comers in Seattle comedy these days that an exclusively female lineup often signifies a better bill; it turns out that creating spaces for representation and inclusion also makes for superior audiences and performances. Hope Linden produces this well-attended monthly at the Highline, a vegan metal bar (you gotta love this town) with the vibe of a second-floor Medieval mess hall. One bonus of the scruffy, anarchist Highline: zero television screens (look into it, every other bar in town). The next installment’s headliner is Natalie Holt, co-host of weed, women and comedy podcast Sexual Awake’n’Baking. 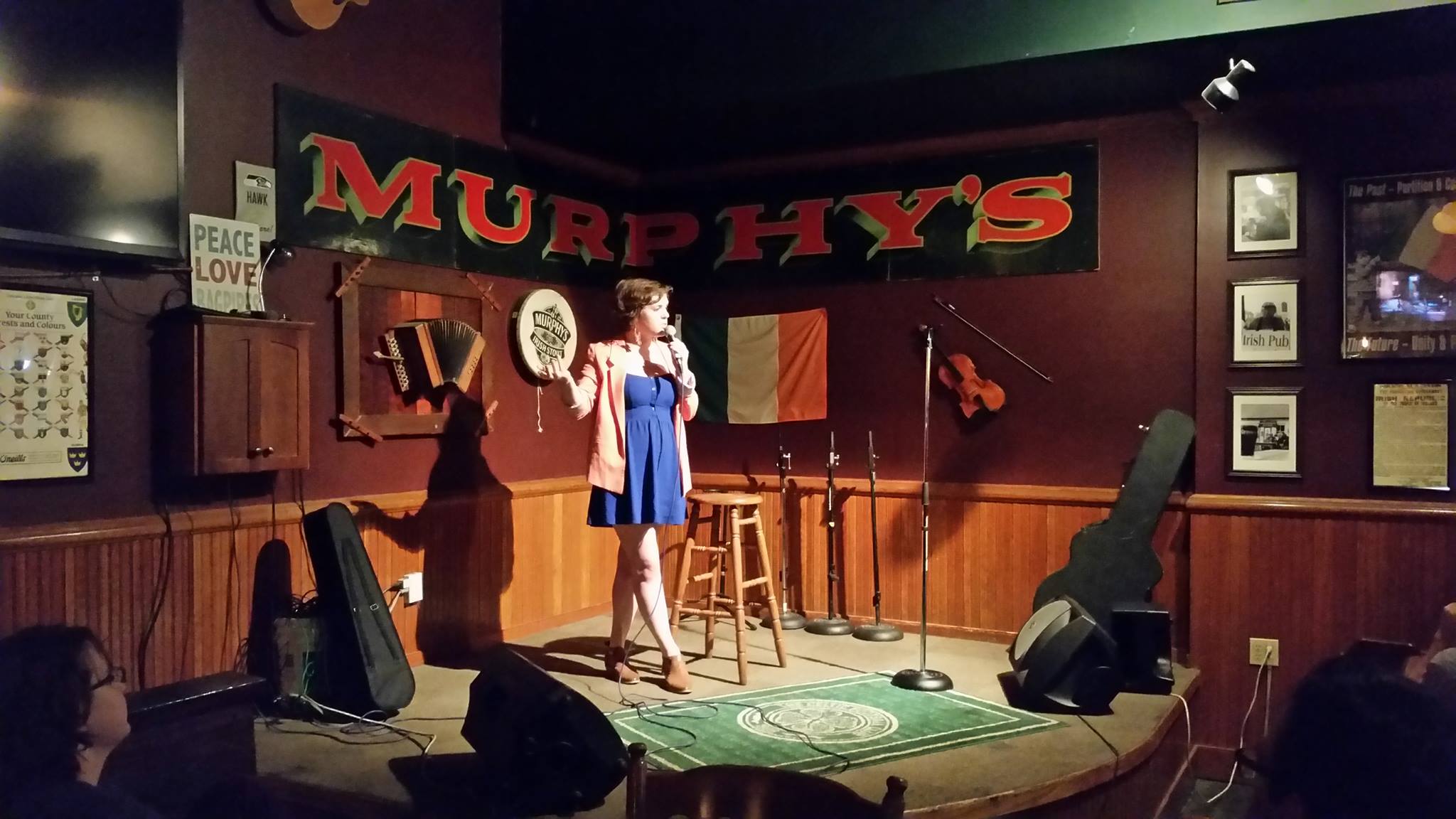 Irish pubs provide a thriving natural habitat for blarney, which is why standup seems such a good fit. Local wit Andre Pegeron (check out his funny list-writing on Medium) produces this hour-long affair every month at Murphy’s, a vaguely upscale, wood-paneled joint in the heart of Wallingford, Seattle’s interior suburb. The show has a healthy following; local oldsters turn up early to get a warm seat between the stage and the fireplace.

The Central Comedy Show might be the most ambitious of this lot, supplementing noteworthy locals with national headliners like Geoff Tate and Emma Arnold. The only regular comedy show south of Capitol Hill, it recently made the move from the Central District’s intimate and artsy Gallery 1412 to the big theater stage of the venerable Central Cinema. In addition to occupying the largest venue on this list Central Comedy is the best-promoted show in town, with eye-catching color posters by co-producer and ace illustrator Isaac Novak. This city needs a new flagship alt-show, a next-generation LaffHole to pull together all the best performers for a regular crowd of comedy nerds and casual fans, and Central Comedy could be that show.