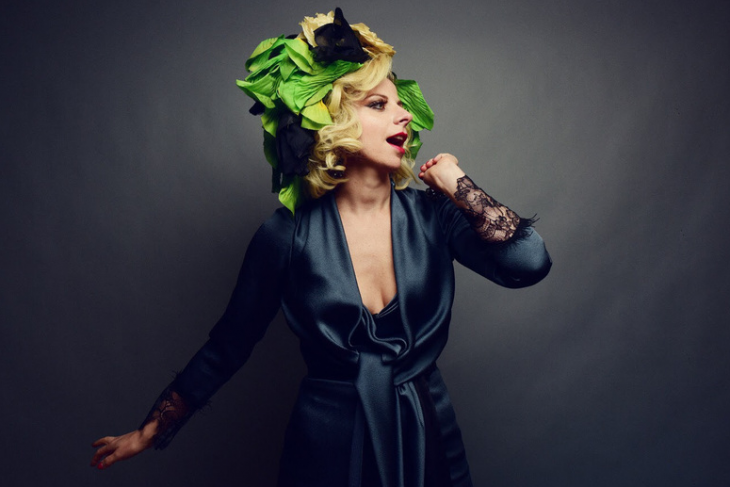 Lady Rizo is the total cabaret package: She’s funny and smart, filthy and honest, she’s got pipes for days and plenty to say. In this show she’s bringing us everything from Grace Slick to Sia, Peggy Lee to Bjork— “in an industry dominated by men we celebrate the tunes penned by chicks.” —Gemma Wilson
Triple Door 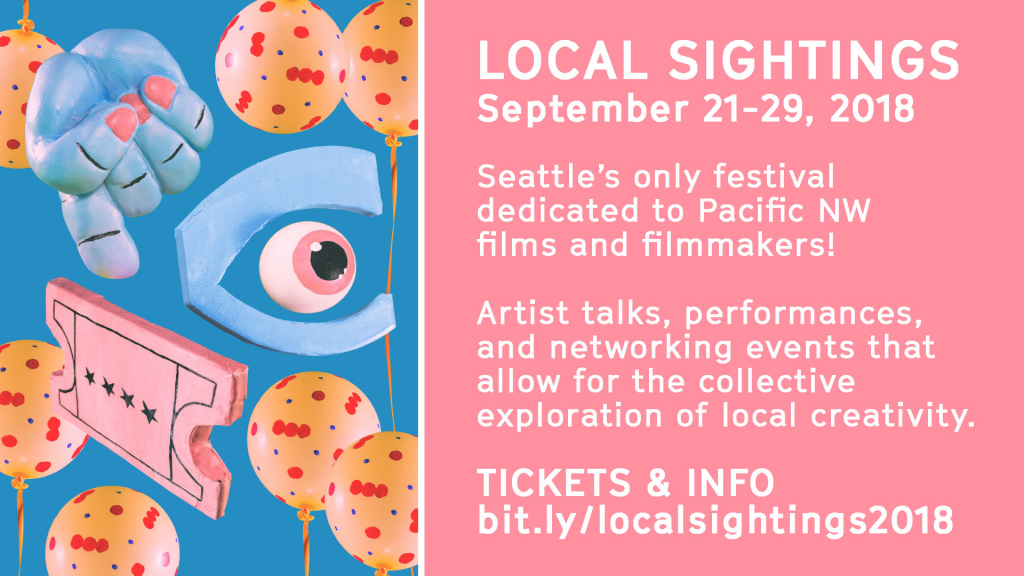 Local electronic duo NAVVI’s latest release ULTRA is no sophomore slump. Kristin Henry’s pristine vocals glow against an alluring backdrop of swelling synths and chilled-out beats concocted by producer Brad Boettger. It’s a nighttime record, but the hooks stick with you for days. The size of their crowd grows every show. Listening to ULTRA, it’s easy to understand why. —Gabe Pollak
Vermillion

In Shaun Kardinal’s uber-game of art telephone, stacks of blank vintage postcards morph into interesting and unexpected sculptures, prints and performances as they pass from one artist to the next, re-processed, reimagined. This iteration of the transformation brought to you by artists such as Anthony White, Ellen Ziegler, Iain Mangum, Jazz Brown, Kat Larson, Monyee Chau, Alex Britt, Tyna Ontko and Travis Ritter. —Amanda Manitach
LoveCityLove

Velocity Dance Center opens its season with their annual festival showcase. Each of the three nights features a different lineup of contemporary dance morsels, usually excerpts from the last year in performance. If the local dance scene is unfamiliar to you, it’s a great opportunity to see a bunch of artists and find out what you like. —Kaitlin McCarthy
Velocity Dance Center

Nutria are large, orange-toothed mammals that are either ugly as sin or strangely adorable, depending on the beholder. Their ravenous appetite for vegetation threatens to erode the hurricane buffer that is the Louisiana Wetlands. This new doc from filmmakers Quinn Costello, Chris Metzler and Jeff Springer serves up a fascinating, balanced primer on the persistent little buggers. Runs through Oct. 4. —Tony Kay
Grand Illusion Cinema

It’s the stuff of Northwest legend: One fall night in 1987, a bunch of Seattle punks hopped the ferry home after a GBH concert in Bremerton. After a confrontation with the two cops on patrol, the punks ran riot and trashed the boat. Thirty-plus years later, Chris Looney presents an experimental animated documentary on the event based on firsthand accounts. —Dan Paulus
Nii Modo

It’s been more than a minute since Portland-based indie folk songstress Haley Heynderickx blessed Seattle with a show. Fair enough. The rest of the world also deserves a chance to hear her music, evocative of both the the aching beauty of Angel Olsen and the introspection of Lucy Dacus. Witness Heynderickx’s gifts live before she flies away again. —Gabe Pollak
Ballard Homestead

Japanese trio Shonen Knife’s been bashing out their brand of scrappy, upbeat, relentlessly catchy pop for 30-plus years, but you’d never know it from the sunny vibes they emanate live, nor from their most recent long-player, 2016’s buoyantly-rocking Adventure. If their existence doesn’t make you happy to be alive, there’s no damn hope for you. —Tony Kay
Tractor Tavern