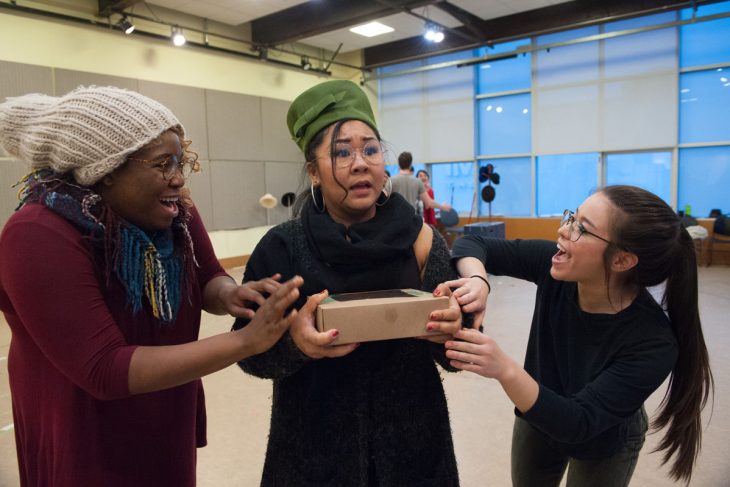 There’s magic in this rehearsal room.

Yes, that’s a trite metaphorical descriptor for watching a group of creative people build something new from the ground up—a genuinely amazing feat. But in the case of Book-It’s new musical adaptation of Howl’s Moving Castle, they’re using stage magic to make actual magic. In this rehearsal alone, two characters switch faces, a young woman becomes old and hats come to life. There’s a fire demon, a witch, and indeed, a moving castle. Laughter and music saturate the room as torrential wind and rain slam the huge windows outside, and it’s easy to imagine the show protected in a warm, magical bubble of creative power.

“Can we go back to “Cake?”” asks Myra Platt, the show’s director and adaptor, and co-artistic director of Book-It Repertory Theatre. The rehearsal-room giggles quiet down as music director Adam Quillian starts the piano accompaniment and Sarah Russell and Rachel Guyer-Mafune’s bright, powerful voices intertwine on the catchy song by Justin Huertas, Howl’s composer and lyricist.

In this rehearsal, they’re working an early part of the show where Sophie, played by Sara Porkalob, begins her magical journey. Howl’s takes place “in the land of Ingary, where seven-league boots and cloaks of invisibility really exist.” The young Sophie is transformed into an old woman after she unwittingly angers a Witch (Kate Jaeger) and must bargain with demons and sorcerers to break the enchantment.

Russell and Guyer-Mafune, who play Sophie’s younger sisters, bounce and circle around Porkalob as they sing about seizing life’s adventures. “Decide what you want and then take/why have a dull life when you could have cake?” (True story: “Cake” has been regularly stuck in my head since I heard it last summer out at Village Theatre, where Howl’s was part of the 2017 Festival of New Musicals. Huertas writes a pop-musical earworm like few others can.) 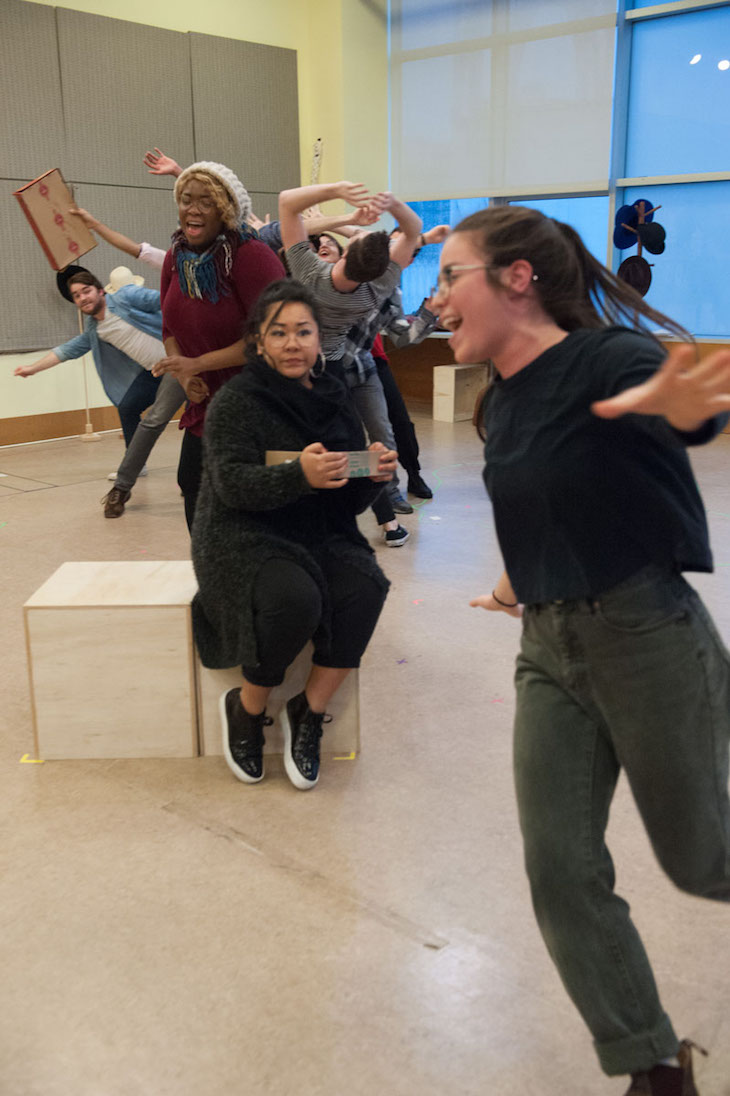 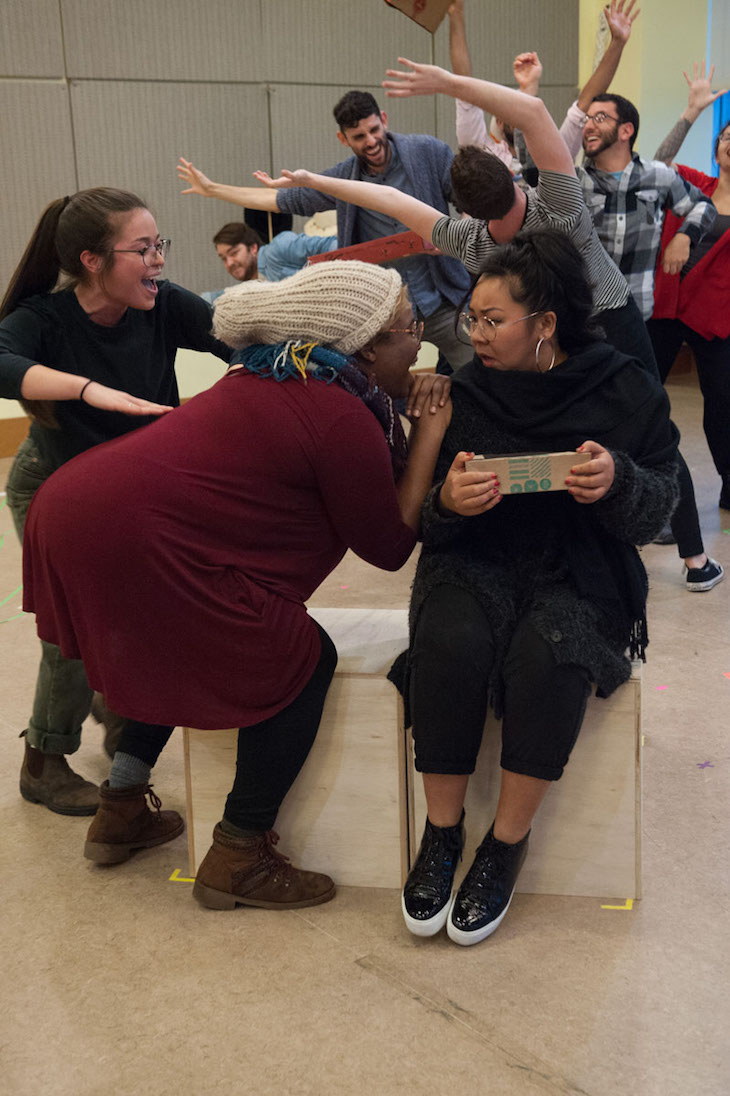 Platt found Howl’s Moving Castle through her step-daughter, who loves both the 1986 young adult novel by Diana Wynne Jones and the 2004 animated adaptation by Hayao Miyazaki and Studio Ghibli. Platt isn’t a fantasy or sci-fi reader herself, but the more she learned about the book the more she was drawn to Jones’ maverick nature—breaking into a genre dominated by male writers writing overwhelmingly male protagonists couldn’t have been easy—and knew right away it would make great Book-It show.

“You have a girl taking on evil entities, all from the point of view of an older woman, which speaks to me personally because there is such a thing as ageism,” says Platt, with a raised eyebrow. “And I love magic, I’ve always loved magic. So, that’s my entry into this piece: empowerment of women and magic, and imagination, because that’s why I’m in the business that I’m in, both literature and theatre. If we don’t encourage imagination, we’re going to falter as a society, period, because imagination and creativity lead to problem-solving and that’s magic. That’s powerful. If you can imagine your path, you can get there.”

Problem-solving quickly became the name of the game as Platt adapted the book into a script. Coming off last season’s adaptation of behemoth novel The Brothers K, she thought a kid’s book might prove easier. Nope. Rather than luxuriating in descriptive language, Howl’s fast narrative pace is designed to keep kids ensorcelled. “Three things happen on every page,” Platt says. Not only was condensing it a challenge, she knew she wanted it to be the first full musical in Book-It’s history. Huertas, whom Platt had met when he emceed a Book-It annual gala, was her immediate choice to write the score. Porkalob, who Platt envisioned as her Sophie, also came on board as an early collaborator to help shape the show.

Even in stop-and-work mode, this cast is on its game and the show is fast, heartfelt and incredibly funny. Porkalob, for one, is getting a chance to stretch her already impressive comic chops, and watching her tinker with her old-woman movement and speech is hilarious. “Isn’t it silly?” she says to me, giving jokey jazz-hands after one particularly campy run through.

But how to create the actual magic? How do you build a moving castle on stage?  Porkalob suggested Table Flip, the trio of physical theatre artists and world-builders Alyza DelPan-Monley, Ryan Higgins and Eddie DeHais. All three are performance polymaths, but DelPan-Monley is primarily a dancer/choreographer, Higgins an actor/fight choreographer and DeHais a director and actor with a background in clown work, itself a form of theatre that requires immense physical specificity.

“Collaboration is the only way I know how to work,” Platt says. “It’s both my strength and my weakness. I invite everybody into the room and then all of a sudden you’re like OK wait a minute! But I never have all the answers and I do not profess to. That said, I know when I like what I’ve seen. But [Table Flip] are amazing, and their puppetry/choreography and creative movement is just perfect for this.”

As Higgins and DelPan-Monley work on animating hats in a shop using human bodies but without making them seem human, they have an incredible collective eye for physical detail. Tiny changes make a huge difference—the angle of a lean, the speed of a head-turn. Suddenly, by giving actors simple movement and airtight timing, they’ve created a stage illusion that a Witch is making the hats in Sophie’s hat shop levitate—and with personality.

Then, of course, there’s the castle. But Platt isn’t ready to give away all her secrets yet. “That you’ll have to come and see,” she says. 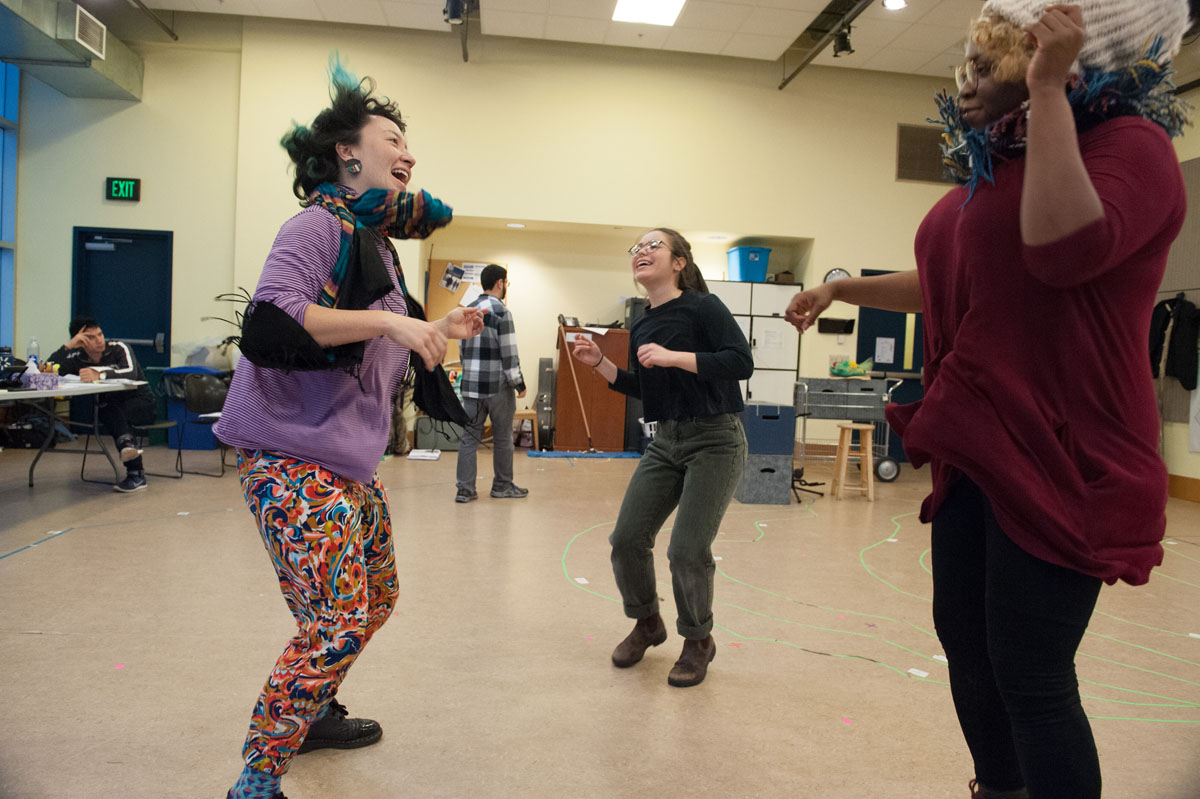 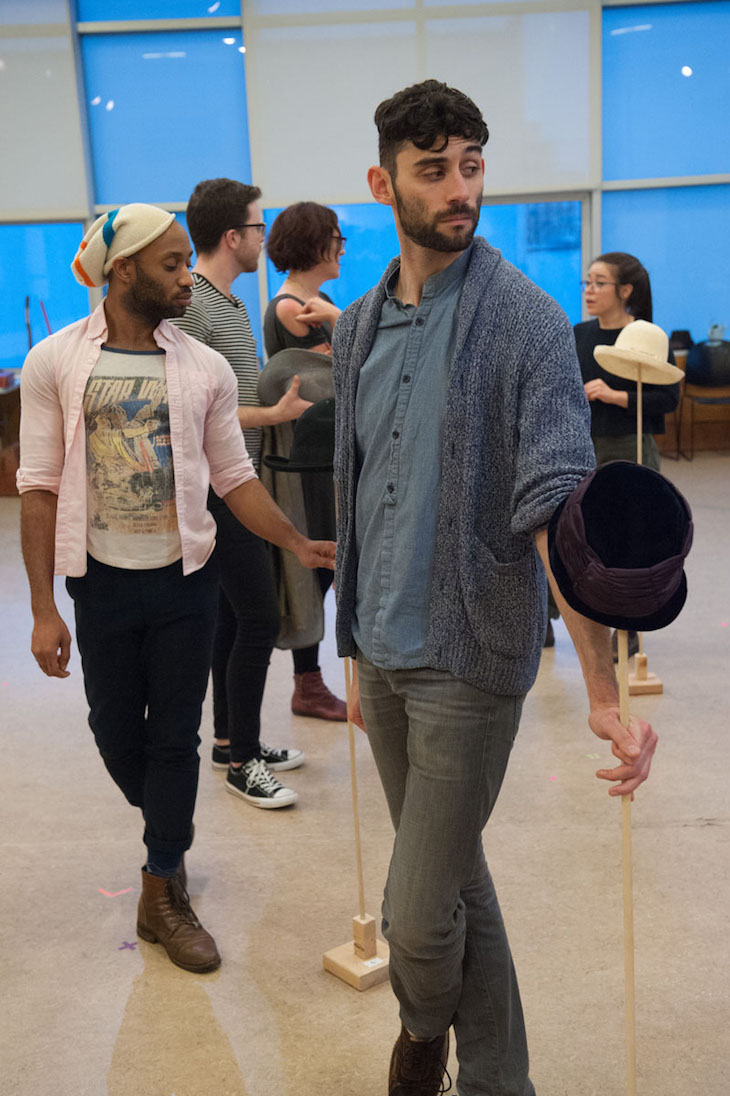 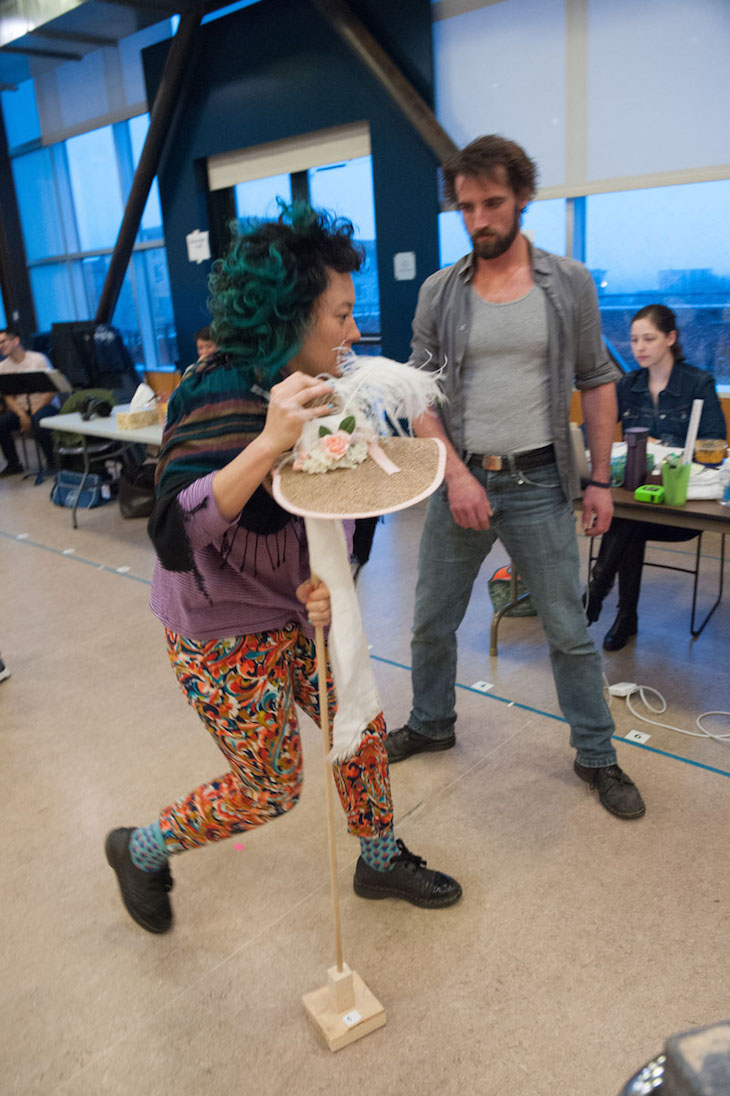