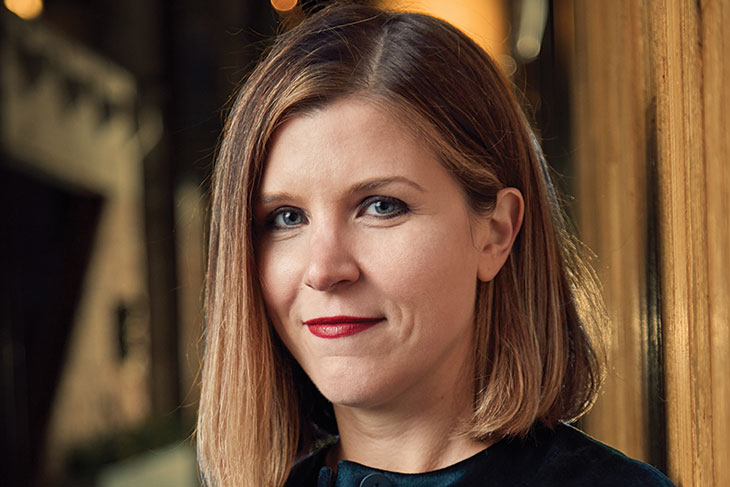 The connection between art and tech is elusive, but Julia Fryett is forging powerful links between the two. Last month she was in Tel Aviv researching its burgeoning video art scene. Then she was in London for a meeting with the director of the White Building—a center for art, technology and sustainability—discussing possible partnerships between visionary creatives in Seattle and London.

As founder of Aktionsart, a Seattle-based nonprofit that focuses on artists and technology, Fryett works on the cutting edge of new media. For the past two years she’s spearheaded Black Box, a month-long festival that presents work by dozens of internationally renowned contemporary artists in venues all over the city. Last fall she facilitated the production of the all-female short film anthology 13 Chambers and launched the first-ever new-media gallery with Amazon Art.

“The economic exclusivity of fine art always turned me off,” Fryett writes via email from Israel. “So when I discovered new media I was energized by the possibilities for accessibility created through technological disruption in film and music.”

Fryett studied experimental cinema at Duke University, but it wasn’t until she took a job assisting a major art collector in New York City that she discovered her love of large-scale video artworks, such as Mike Kelley’s Day Is Done, a feature-length musical comprised of 32 video chapters, and Nan Goldin’s “Sisters, Saints and Sibyls,” a 39-minute, three-screen multimedia projection of stills and video vignettes. Fryett went on to study film curating at London Film School, after which she returned to her hometown to found Aktionsart. Now she’s planning Black Box 3.0 for next summer with major aspirations for how the festival might shape Seattle’s landscape.

“As a leading city at the center of the tech industry,” she writes, “we should have an internationally renowned art and technology center with visionary programming—an organization paving the way for future generations of artists, engineers, designers and makers.”