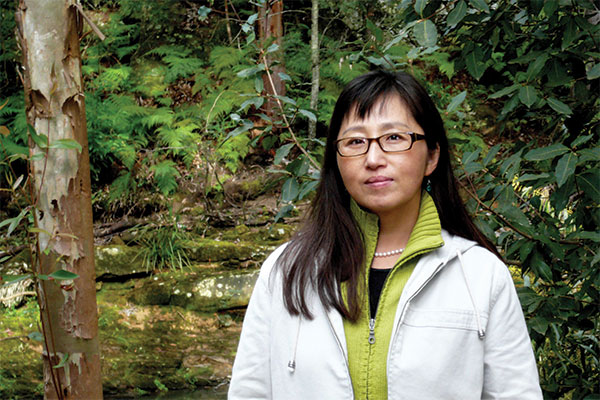 Hardly War, a new collection out this month from poet Don Mee Choi, is refreshingly strange, a hybrid of poetry, prose and photography. It confronts the legacy of the Korean War (a conflict that for many Americans hardly exists) and the poet’s own personal and familial history (Choi’s father, a wartime photographer, took the book’s photographs). Assembling musical notation, Korean ideograms, photographs and, in one memorable instance, a Smokey the Bear poster, Choi grapples with a war that has receded from American consciousness but whose consequences Koreans continue to feel.

Choi was born in Seoul during the regime of Park Chung-hee, the U.S.-backed military dictator who ruled South Korea from 1961 to 1979. As a child, she writes, she was raised to “think of race as nation and of nation as race, hence race=nation.” The narrative that Korean people were unified by race, culture and nationality was used originally to inspire resistance to the brutal Japanese occupation of Korea from 1910 to 1945. But by the time Choi was born, that narrative had been complicated by the bifurcation of Korean national identity and subsequent American military involvement in Korea. 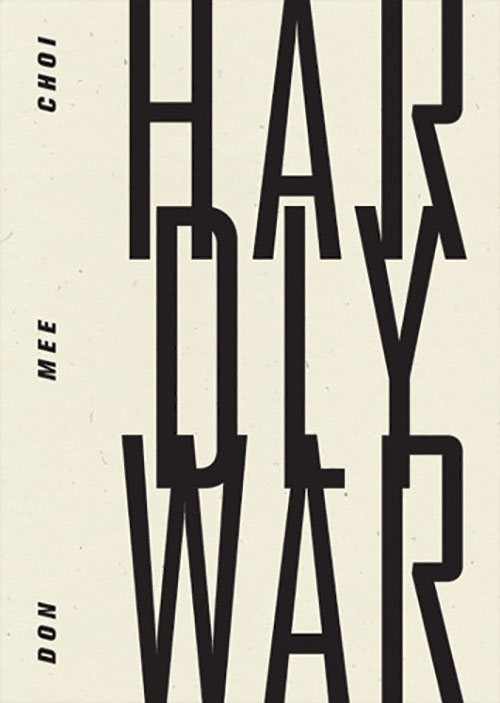 “Anyone in ‘those white pajama things,’ traditional pants, which the majority of Koreans wore back then, was seen as a gook [by Americans],” Choi writes. “Our race, our national identity, even our clothing became racialized and geopoliticized within the global class war.” Americans may have viewed the Korean War as yet another front in the struggle against communism, but for Koreans, Choi suggests, the war was experienced as a kind of psychic break, the scissoring apart of shared identity and the destruction of their national ideal. Only a few years before they were encouraged to imagine themselves as one. Now they were unified only by their shared strangeness to yet another occupying military force.

The pain that Choi feels as a result of this strange break in unity is palpable in writing that is, on its face, playful, even jocular. In “A Little Menu,” she presents a list of food items before wondering whether the South Korean General Chae Pyong-dok, nicknamed “Fatty” by Americans, supped on wieners and canned fruit or radish soup and pan-fried Spam with kimchi. The question of national allegiance and identity is implied. References to “Shitty Kitty,” a nickname for the USS Kitty Hawk naval supercarrier, appear in a sequence of poems, including one that culminates in a giant “ME-OW.” The final section of the book is an opera libretto that features as its main character the Camera Elmar, her father’s preferred brand of camera.

Despite this inclination toward play, Choi’s anger, outrage and heartbreak are unmistakable. One senses that she feels betrayed—not only by Americans but by the failure of the project of Korean national unity to be realized. The Korean War may have been “hardly” fought and is now “hardly” remembered. But the psychic and political consequences endure.