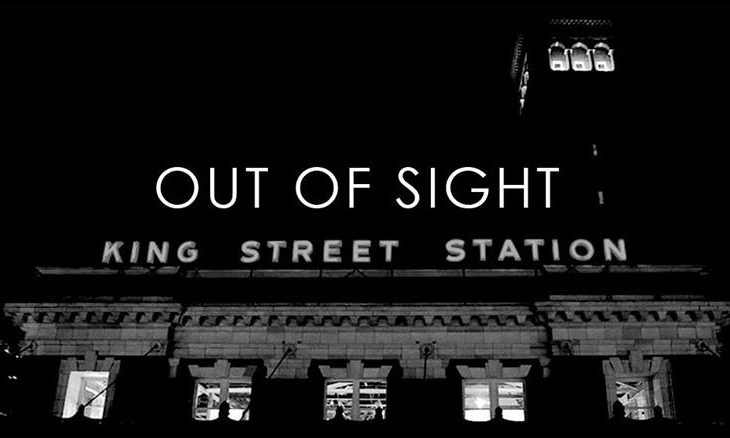 Tuesday, Aug. 2 – Friday, Aug. 5
Before their main event The Glass Menagerie kicks off later this month at Nordo’s Culinarium, The Williams Project is presenting James Baldwin’s Blues for Mister Charlie at four area churches. Baldwin wrote the play in 1964, loosely in response to the 1955 murder of Emmett Till. If there was ever a time to sit with this fiery, incisive play, as performed by a wonderful company of actors from all over the country, that time is now. —Gemma Wilson
Various locations

Wednesday, Aug. 3
Thee Sgt Major III are a four-piece guided by Kurt Bloch, the Northwest music scene’s most beloved cool uncle/regional rock guru. His band’s candy swirl of sugar-buzz power punk and vintage girl-group pop should pair nicely with Tacoma’s The Fucking Eagles, a bare-knuckled, soul-informed garage rock collective that pretty much plays every set like it’s their last. Opening it all up is The Beltholes, yet another Kurt Bloch-generated rock machine. —Tony Kay
Sunset Tavern

Friday, Aug. 5
Late night standup cavalcade The Super Secret Show takes place at Atlas Theater, a showroom tucked into the back of Atlas Clothing in Fremont that’s become one of the most promising alt-venues in Seattle. It’s a clean, well-lit alternative to the standard dive bar setting for local comedy. Run by frisky beardo Cameron Mazzucca, the Super Secret Show distinguishes itself from a sea of rote showcases and gimmick shows with solid bookings and positive vibes. This month’s headliner is the very funny Bri Pruett, a PDX standout and columnist for the Portland Mercury. —Brett Hamil
Atlas Theater

Thursday, Aug. 4
In addition to the whirlwind of art fair activity this week, First Thursday openings are also still happening! Noteworthy exhibits include the grand opening of ZINC Contemporary, the gallery taking over the former PUNCH space in the Tashiro Kaplan building. Featuring work by Liz Tran, Lydia Bassis and Kate Sweeney, it should be a colorful little blockbuster. Also debuting is Tariqa Waters’ Martyr Sauce in its brand new location on 1st Ave. Finally, in case you missed it last month, don’t forget Darren Waterston and Margie Livingston’s most recent body of work at Greg Kucera.
Various locations

Thursday, Aug. 4 – Sunday, Aug. 7
Last year’s Out of Sight—taking over the previously derelict upper floor of King Street Station (above the Amtrack station)—was a highlight of the summer for Seattle arts. With a lot more time planning, curating and installing, this year’s iteration is going to be massive: The works bigger, better. There are few repeat artists, so you’ll be treated to an onslaught of work by many you haven’t seen or heard of before. Also, the OOS parties are wild fun, so if you’re diving full throttle into the Art Fair festivities this weekend, it’s worth scooping up a ticket before they run out. Open to the public view on weekends during the month of August.
King Street Station

Thursday, Aug. 4
Collect doesn’t want to just drive you around to all the happening art, they want to ply you with champagne and bites on a party bus, drive you around to all the happening art and teach you how to own it. For this August edition, naturally the tour is making sure to hit up highlights at Seattle Art Fair and Out of Sight, but they’ll be starting on Capitol Hill at Vermillion Gallery, then bookending it with a stop at the studio of the brilliant Juan Alonso-Rodriguez and a visit to the group show In Context, featuring work by heavy-hitter Seattle artists like Marita Dingus, Emily Gherard, Etsuko Ichikawa, Mary Ann Peters, Tracy Rector and June Sekiguchi. If that’s not enough to whet your insatiable art cravings, special guest chef Tarik Abdullah—as seen on so many national TV shows—will be creating “one-of-a-kind culinary experiences” along the way. If you’ve ever been curious about this little art cruise on wheels, buy tickets to this one.
Tour begins at Vermillion Gallery

Friday, Aug. 5 – Sunday, Aug. 7
Seattle Art Fair returns for its second year! Such spectacles can be visually and physically exhausting, but they provide an incomparable opportunity to ingest everything that’s art-historical, technologically cutting-edge, and momentarily trendy in the market, in one grand, commercially-fueled bacchanalia. In Seattle’s case, it’s a feast of blue chip work sandwiched next to local galleries who are turning out their best and brightest. Piling on to the successes of last year, the 2016 fair offers a wealth of auxiliary programming, including installations (a sprawling motion-activated sound piece by New York-based performance artist Dawn Kasper; a beatific monstrosity by Seattle’s own Jeffry Mitchell), talks (artist/musician Kim Gordon; Kyle MacLachlan and Carrie Brownstein), etc.
CenturyLink Field Event Center + various locations

For tons more event recommendations check out Current, our web app for finding just what you’re looking for. Search by your mood, the date, in-the-know suggestions, whatever floats your boat.