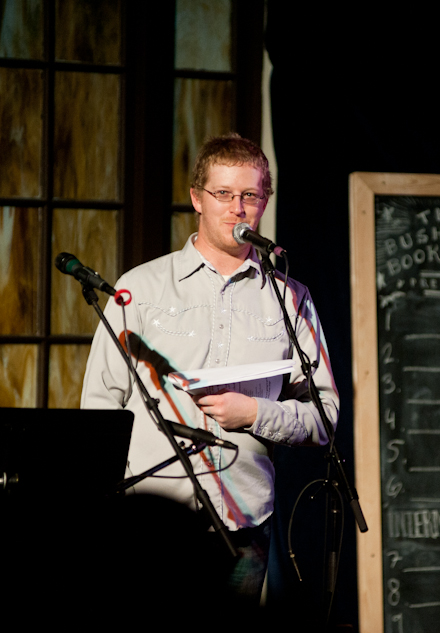 The only thing the Bushwick Book Club has in common with any other book club is, perhaps, the amount of wine consumed at one of their gatherings.  During a Bushwick event, one is likely to encounter some discussion of a literary work, but unlike a typical book club, the real focus is on music.  Each month, the Bushwick Book Club chooses a different book and brings together a group of artists and asks each to write an original song or two based on that book.  This month, Levi Fuller, Joanna Horowitz, Debbie Miller, and a few other local musicians came together at the very crowded Fremont Abbey Arts Center to perform their own dark and hilarious interpretations of Lewis Carroll’s Alice In Wonderland. 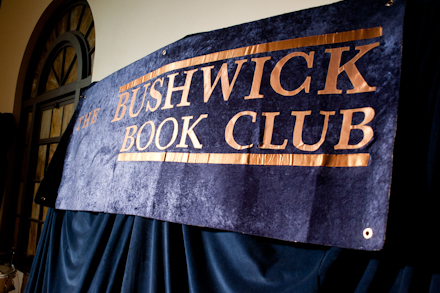 Book Club director Geoff Larsen draws names from a hat to determine the order in which the artists will perform. 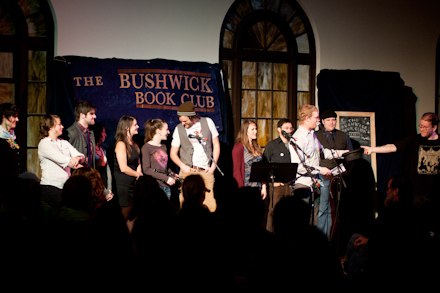 Joanna Horowitz started the show with a Mad Hatter-inspired song. 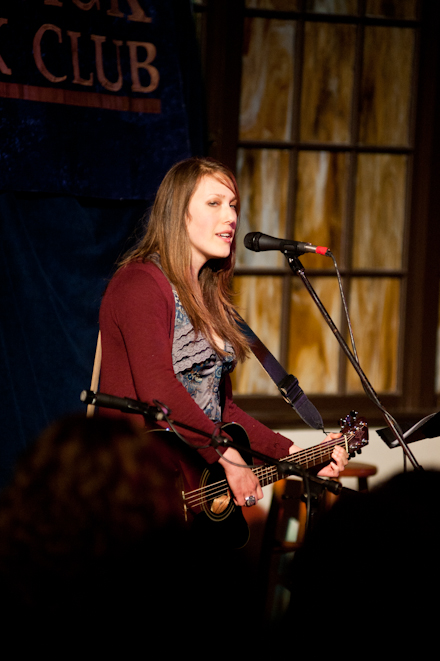 The large upstairs room at Fremont Abbey was almost too small for the crowd that showed up Thursday night. 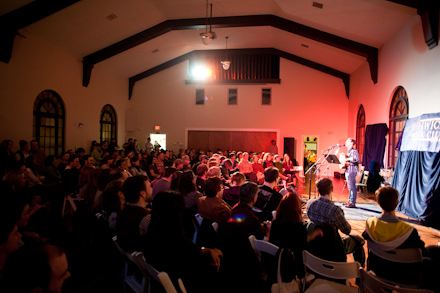 Galen Green brought a bluegrass twist to the story of Alice’s Wonderland adventure. 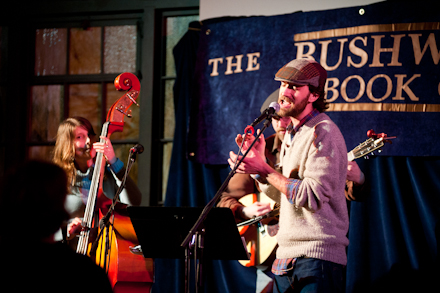 A highlight of the night was watching the adorable Debbie Miller take on the role of the Queen of Hearts, as she sang an unexpectedly humorous song about the joys of chopping off heads wherever she goes. 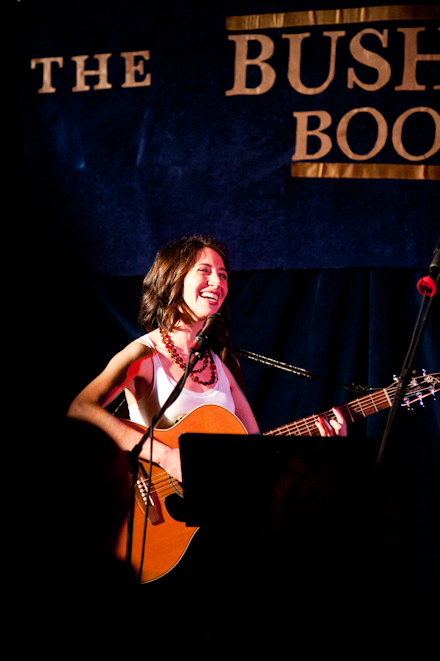 Geoff Larsen offered short readings, discussion about and terminology from “Jabberwocky” between songs 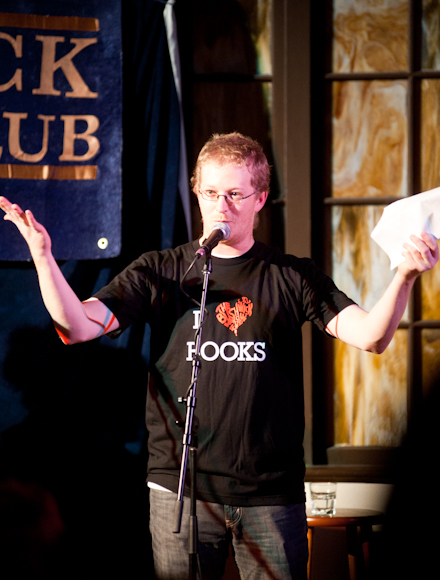 Vince Martinez drew inspiration not only from the Disney version of Alice in Wonderland but also his early obsession with G. Love and Special Sauce. 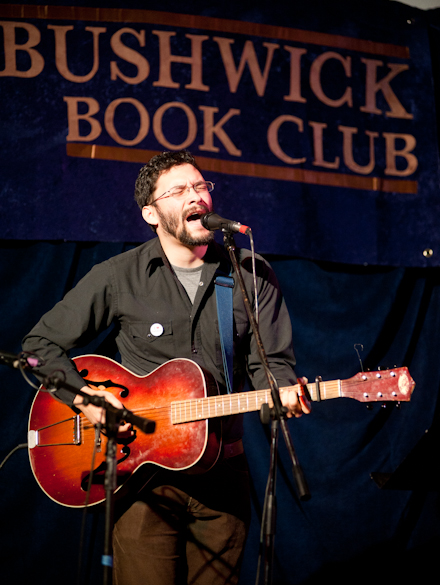