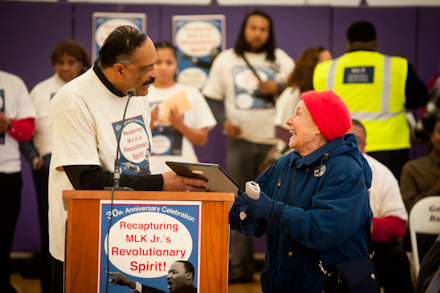 On Monday, nearly 1,000 people braved the cold and snow, traveling from as far away as Tacoma to come out to Garfield High School to help celebrate the spirit of Martin Luther King Jr.  Gathering inside the gymnasium, attendees of the event were able to witness poetry and spoken word from the students of Youth Speak Seattle, as well as tap performances by the young dancers of Northwest Tap Connection and a marching band, who helped kick off a downtown march.  The celebration was put on by the Seattle MLK Celebration Committee and was the 30th anniversary of their MLK event.

Local activist Dorli Rainey was in attendance to receive an award from the Seattle MLK Committee for her recognized efforts in the community. 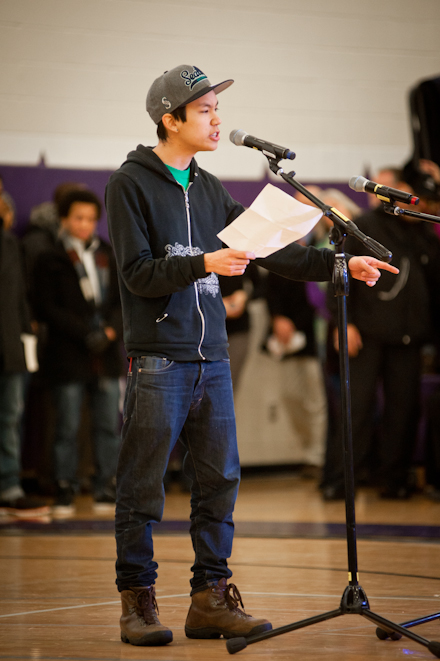 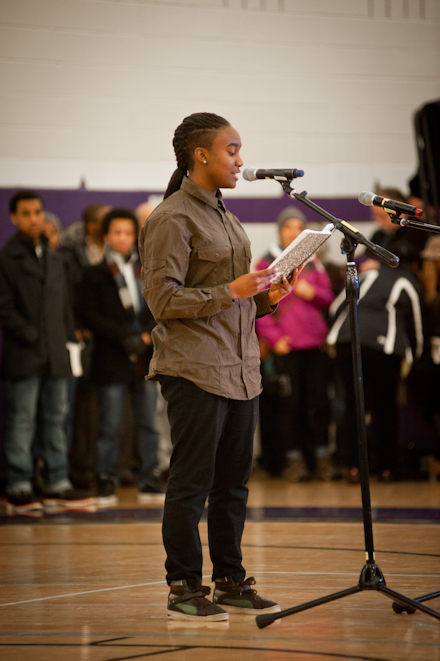 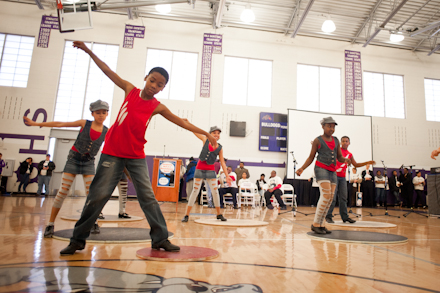 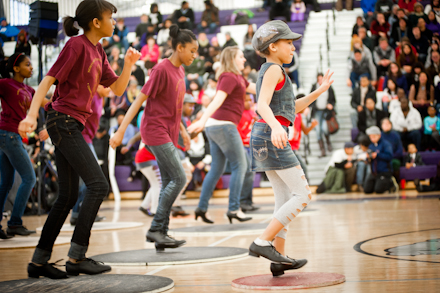 Rev. Dr. Leslie Braxton’s hearfelt and inspiring speech included an amended version of King’s own “I Have a Dream” speech. 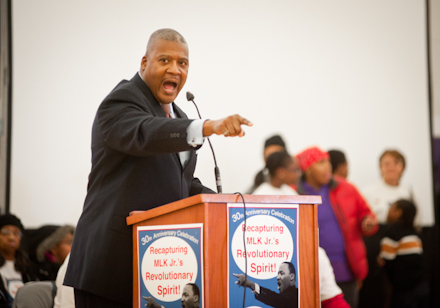 Those who stuck around for the downtown march (almost everyone) were greeted by a live marching band outside the school before taking over the streets and walking together to the Federal Building downtown. 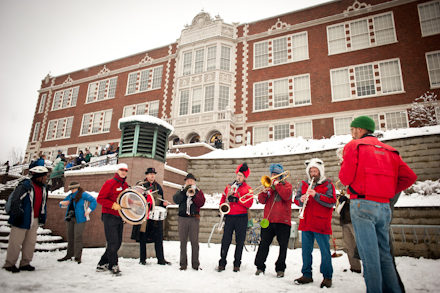 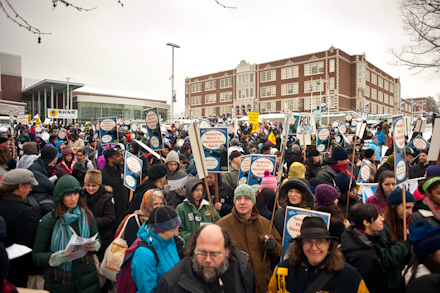 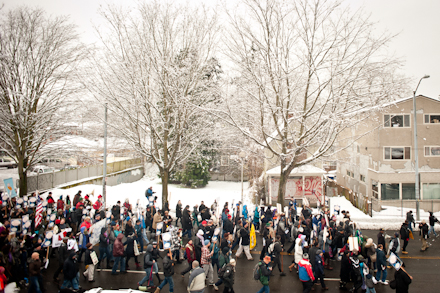